Why nationalism isn’t a dirty word

The book that helps explain US diplomacy in the Trump era

The Virtue of Nationalism

When a group of ‘befuddled’ German diplomats appealed to the State Department for guidance, its top Europe official told them to read this book (Sunday Times, 17 February).

You are either a nationalist or an imperialist – there is no middle ground, says Israeli-born academic Yoram Hazony.

Contemporary public discourse scorns nationalism, so Hazony has responded with a robust defence. Nationalism is “a principled standpoint that regards the world as governed best when nations are able to chart their own independent course, cultivating their own traditions and pursuing their own interests without interference.”

By contrast, imperialism “seeks to bring peace and prosperity to the world by uniting mankind, as much as possible under a single political regime.” 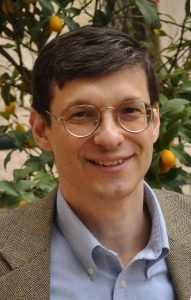 A Princeton-educated political philosopher and Modern Orthodox Jew, Hazony describes himself as “a committed nationalist, a Zionist”. Thus he skilfully articulates the Bible’s vision of independent nations – starting with Israel, which was explicitly told not to expand its territory into that of the neighbouring nations (Deuteronomy 2:4-19). He notes that, “for biblical nations, everything depends on a shared understanding of history, language and religion that is passed from parents to children, but which outsiders can join as well.”

Hazony makes clear that “Nazi Germany was, in fact, an imperial state in every sense.” He claims that Western European nations “feared the Germans [not] because of their nationalism, but because of their universalism and imperialism – their aim of bringing peace to Europe by unifying it under a German emperor.” It was the nationalism of America, Britain and Russia that defeated Germany’s bid for a universal empire was defeated.

He criticises international politicians’ double standards regarding the State of Israel, noting that Israel’s formation was, to a large extent, a response to the Nazi Holocaust.

Hazony believes that the new liberalism, which seeks to impose laws and morality on other nations, is no less imperialistic, citing attempts in Europe to ban circumcision and kosher slaughter, as well as forcing liberal teachings on sexuality and the family on Christians and Jews at work or school.

Hazony concludes by pointing out that “nowhere are the patriarchs offered an empire over the earth, only a kingdom over Israel.” National freedom is a precious gift to treasure and pass on to our children.

This is an important book in defence of the biblical idea of national freedom and deserves a wide readership.

Tim Dieppe is Head of Public Policy at Christian Concern. This review was abridged with permission from his full review which appeared on the Christian Concern website: https://www.christianconcern.com/our-issues/church-and-state/book-review-the-virtue-of-nationalism-yoram-hazony