SAEED: TASER’D IN JAIL WHILE ROUHANI HINTS AT PRISONER SWAP 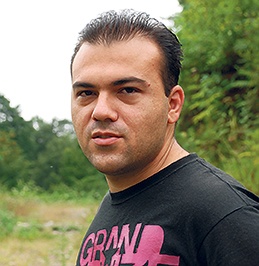 SHACKLED PASTOR SAEED ABEDINI WAS TASER’D BY INTELLIGENCE OFFICIALS WHEN THEY INTERROGATED HIM OVER NEW BOGUS CHARGES.

Yet a few days later at the UN in New York, Iranian President Hassan Rouhani hinted at a ‘prisoner swap’ for Saeed and other Christians imprisoned in his jails.

As President Rouhani prepared to address the United Nations in late September, he hinted that he would consider a ‘prisoner swap’ for Saeed and other Christians imprisoned for their faith if the US released Iranian criminals held in its jails. Rouhani told CNN:

As the third anniversary of his eight-year sentence approached in late September, Saeed was threatened with more prison time in Iran’s deadly prison resulting from new bogus charges which he again denied.

His wife Naghmeh, who has campaigned constantly for his release so he can be with her and their two children again, asked, “When will this nightmare end?”

“If the Americans take the appropriate steps and set [a number of Iranians in the United States who are imprisoned] free, certainly the right environment will be open and the right circumstances will be created for us to do everything within our power and our purview to bring about the swiftest freedom for the Americans held in Iran as well. . . .

“If the Americans take the appropriate actions vis-a-vis Iranian citizens who are being imprisoned here, then the right atmosphere and environment will be created for reciprocal action perhaps.”

The ACLJ (American Centre for Law and Justice) declared it an “absurd and insulting demand, treating Pastor Saeed – who has committed no crime and is merely imprisoned because of his Christian faith – as a hostage for ransom.”

“My husband is not collateral. He is a father and a man who broke no law. Yet Iran is treating him like a pawn in a game of chess. President Rouhani’s demand that America release 19 criminals in exchange for his consideration of releasing individuals like my husband, imprisoned solely for his faith, demonstrates that the Iran of today is no different than the Iran who took Americans hostage during the Iranian revolution.

“The environment is ripe for Iran to demonstrate it is ready to re-enter the global market and international scene of diplomats; it is time to show its good will, to change its image from one of a pariah to a member of the global society who will protect fundamental rights.

Both CitizenGo and the ACLJ have petitions running for Saeed. The ACLJ has sent more than 263,000 letters to United Nations Secretary General Ban Ki-moon demanding justice for Pastor Saeed.

The third anniversary of his imprisonment in Iran was marked by more than 900 prayer vigils in 34 countries which were said to have comforted Pastor Saeed very much and he had joined in the prayer in his cell.

The ACLJ International Legal Team and Pastor Saeed’s wife, Naghmeh, met with the US Ambassador to the UN and more than 100 global leaders in the run-up to Rouhani’s speech.