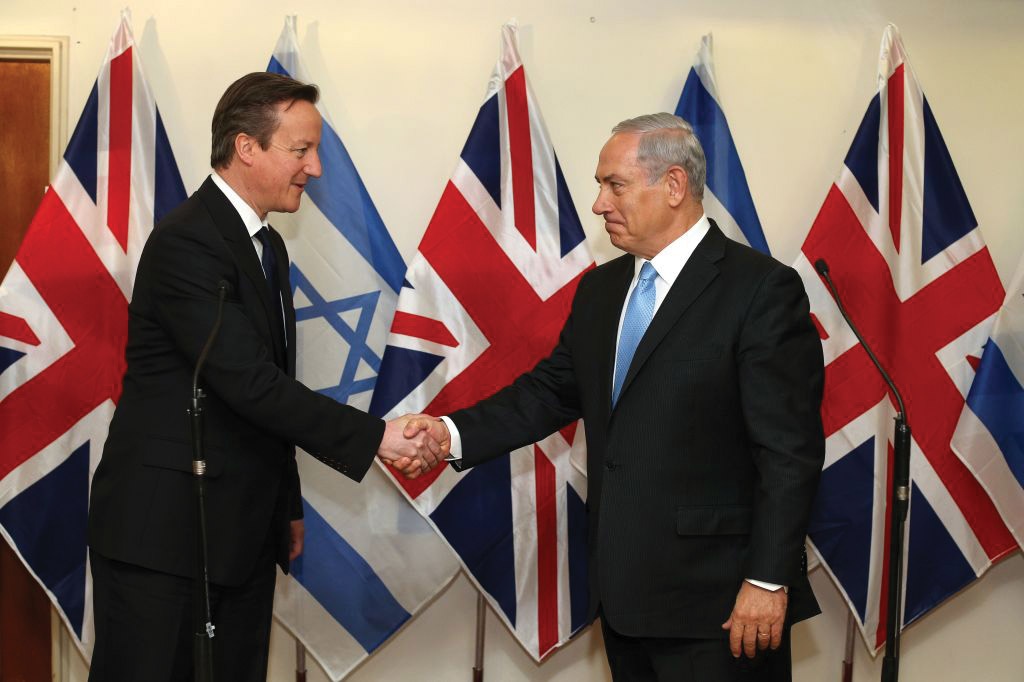 As flowers are thrown at the invading Nazi soldiers in pre-war Vienna, no-one lifts a finger to help the real victims of the day – the Jewish people desperately trying to escape the brutality being meted out to them.

Just recently in Britain we have witnessed the sick spectacle of crowds calling for the arrest of visiting Israeli Prime Minister Binyamin Netanyahu and for the banning from international sport of his country as they competed against Wales in Cardiff. ‘Bibi’ Netanyahu is charged with ‘war crimes’ against Palestinians for daring to launch defensive action in response to constant rocket fire from Gaza and Israel is accused of the illegal occupation of land that is rightfully theirs.

Woman in Gold, starring Helen Mirren, is based on the true story of Maria Altmann, who fled Austria for the United States when it was clear that Jewish citizens were in grave danger, and discovers six decades later that her family had not only suffered the indignities of Nazi persecution, but had also been victims of stolen art treasures.

Today, although having a home of their own at last (agreed by international law) where they had hoped to live in peace and safety, they are constantly threatened on all sides by enemies looking to wipe them off the face of the earth – and steal their rightful property in the process.

And with the help of America – supposedly Israel’s closest ally – Iran has effectively been freed to continue developing a nuclear weapon with which to carry out its stated aim of destroying Israel while at the same time arming terrorist groups Hezbollah and Hamas, committed to the same goal.

Tragically, history appears to be repeating itself. Former US Vice-President Dick Cheney and his daughter Liz have compared the nuclear deal between Iran and the six world powers to the Munich agreement which paved the way to World War II.1

Meanwhile Dr Mike Evans, a Jewish follower of Jesus and close associate of Israeli leaders, writes: “On October 6 1943, a delegation of American rabbis arrived at the White House for a personal audience with President Franklin Roosevelt. They planned to present irrefutable proof that the Nazis were conducting a wholesale annihilation of European Jews.”

But they were denied a meeting, no coordinated Allied rescue was launched and the flames consumed six million Jews. Now once again America is ignoring pleas for Israel’s rescue.

The Jewish people need to know they are not alone; that their Christian friends around the world are standing with them. Who will lift a finger if Israel is invaded? Yet if she returns fire in defence, the wrath of the world falls on her. What hypocrisy!

We are witnessing age-old anti-Semitism, so often disguised as something noble, as with Western support for Palestinians portrayed as victims of bullying occupiers of land that rightfully belongs to Israel. Not only do the Jewish people have a history there going back thousands of years, but it is God’s gift to them (Genesis 12.7) and also theirs by international treaty signed in San Remo, Italy, in 1920. But Palestinians and their supporters are attempting to rewrite history.

Followers of Jesus, the Jew, must not fall for this deceit by effectively walking on the other side of the road as God’s Chosen People are beaten up to within an inch of their collective lives. Now is the time to stand up and be counted.

Charles Gardner is author of Peace in Jerusalem, available from olivepresspublisher.com and amazon.com