MIGRANT CRISIS: HAVE WE GOT IT WRONG? 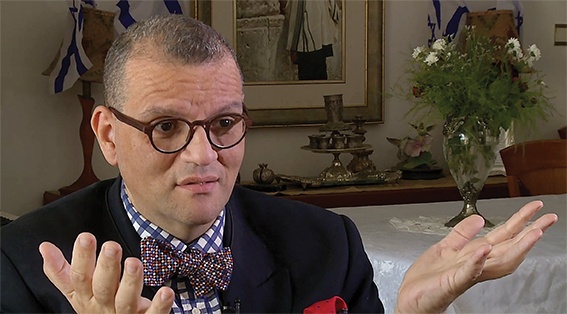 EUROPE IS TAKING THE ‘WRONG’ REFUGEES, ACCORDING TO THE VICAR OF BAGHDAD.

Canon Andrew White has said it is wrong for European leaders to focus resources on migrants coming from all over the world while Iraqi refugees who are running for their lives from IS are being ignored.

He insisted that more resources should be used to help Iraqi refugees who have fled into Middle Eastern nations like Lebanon and Jordan.

Canon White is also a refugee from Islamic State terror tactics: as the only Anglican vicar in Iraq, he was ordered home by the Archbishop of Canterbury in 2014 after receiving death threats from IS.

Now he says that many of the young men turning up at Europe’s borders are far from destitute, while Christians in Syria and Iraq simply cannot afford to leave.

His views are shared by publishing tycoon Lord Weidenfeld, who is so horrified by the plight of Christians in Syria where crucifixions regularly take place (allowed under Sharia law), that he is helping to fund their rescue by international aid agency Barnabas Fund.

As a Holocaust refugee from Nazi-occupied Austria who was smuggled to safety aged five by British Quakers, Lord Weidenfeld is mounting a series of rescue missions to save the Syrian Christians. He is working with Dr Patrick Sookhdeo, founder and international director of Barnabas Fund as he says, “I have a debt to repay.”

Mr Sookhdeo, who has recently returned from Eastern Europe where he was seeking refuge for the hundreds of thousands of Syrian Christians who continue to live under the tyranny of IS, said, “It is like going back 1,000 years, seeing the barbarity Christians are living under. I think we are dealing with a group which makes Nazism pale in comparison.”

There are also concerns that Christians will not be among the 20,000 refugees coming over to the UK over the next five years, because they are refusing to join the formal camps.

The Archbishop of Canterbury, Justin Welby, has also warned Prime Minister David Cameron that his policy of only allowing in refugees from formal camps in Lebanon and Jordan is discriminating against Christians. Amid fears of attacks by Islamic radicals in the camps, which are populated mainly by Sunni Muslims, Christians are seeking refuge in churches.