Long before Covid-19 struck there was, and still is, a marked divergence in views regarding what we can expect to see in the immediate future 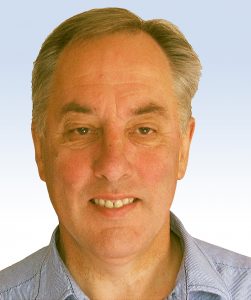 In late June Dana Coverstone, a hitherto-unknown church leader in the US, published a short video on social media in which he spoke of a succession of purportedly prophetic dreams. (At the time of writing it has had over 1.5 million views. Many versions available – search for “coverstone” on youtube)

In his first dream, back in December last year, he saw what we have since experienced regarding the impact of the current pandemic, followed – in June – by serious riots and chaos within cities. The Kentucky-based pastor outlined a future series of traumatic and earth-shaking events which would impact the USA – as early as November, the month of the presidential election –  bringing extremes of violence, hyper-inflation and even (at some future point) military occupation by foreign forces (Russian and Chinese UN ‘peacekeepers’).

People’s responses to his dreams have exposed a fundamental fault-line in the body of Christ as to what our (western) world is likely to experience next.

Long before Covid-19 struck there was, and still is, a marked divergence in views regarding what we can expect to see in the immediate future. Some believe that we are on the brink of a mighty Christian awakening, and one gentle rebuttal to Coverstone’s projections came from Dutch Sheets, the highly-respected Christian leader.

The latter has said he is looking forward to seeing “a third great awakening for America, and the greatest awakening around the world that we have ever seen”.  The teacher, conference speaker and author of popular books on prayer, has stated: “I believe we are in the early stage of this great revival and that it will result in the greatest harvest of [at least a billion] souls that the earth has ever seen”.

The study and interpretation of eschatology has hitherto been mainly the stomping ground of serious prophecy buffs and, on the other hand, the (sadly) pseudo-prophetic/deluded.  But even among the former we find opposing views  – not least regarding the millennium and the any-moment rapture.

Nowadays these contentious questions are increasingly moving to centre-stage. In the midst, the pre-Tribulation view – arguably a late 19th century doctrine – has created a dangerous complacency in large swathes of believers who expect to be snatched up and out of the world before the onset of the ‘great trouble’.

Whatever the case, with the Covid pandemic, highly-destructive locust swarms, and climatic extremes many more are now asking ‘end-time’ questions.

Meanwhile there are no obvious signs among the UK populace as a whole, or the biblically-compromised Christian denominations and leadership, of a humbling and repentance before a righteous, just and almighty God.

Dana Coverstone emphasised that he wasn’t a prophet and in 750BC Amos was neither a prophet nor a prophet’s son, but a shepherd whom God used to challenge wayward Israel. Amos could equally be speaking into our present day.

“Yet you have not returned to me”

Amos suffixed his series of woes with an iterative and challenging refrain: “’Yet you have not returned to me’, says the Lord”(Amos 4:6, 8-10). And neither have we.

The Church has capitulated to the spirits of the age in their destructive assault on the nuclear family and marriage, the indoctrination of our children over gender issues and the assault on freedom of speech

The Church has capitulated to the spirits of the age in their destructive assault on the nuclear family and marriage, the indoctrination of our children over gender issues and the assault on freedom of speech. Leaders have been silent regarding the rise of identity politics, the neo-Marxist woke phenomenon and the inroads made by a totalitarian and often-violent anti-Christian religion.

The Lord told the shepherd of Tekoa:  “Behold, I am setting a plumb line in the midst of my people Israel. I will not pass by them any more” (Amos 7:8b).

Today the dynamic is no different. The Christian Church is being sifted through fire, and the refining process shows no sign of abating. Joshua challenged those of his time: “Choose for yourselves this day whom you will serve” (Joshua 24:15a). That choice is ever before us.

Meanwhile, the Lord’s words to the prophet Hosea are speaking to our nation(s): “There is no truth or mercy or knowledge of God in the land” (Hosea 4:1b).

Perhaps – for Church and nation alike – it’s a word to us all?

Colin Wilson edits the website ChristiansTogether, which has membership on six continents. He has served on committees and councils including the National Prayer Breakfast for Scotland and the Evangelical Alliance (Scotland) over three decades and has been managing editor of a Christian publication. Currently he is engaged in the responses to the Scottish government’s policies on restricting the freedom of speech and the indoctrination of school children on gender issues.

Just look at us now!