Ready for the fight 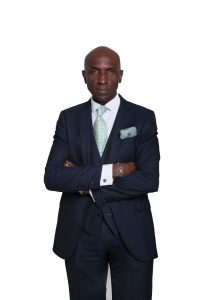 His passion to see young lives transformed was evident in a recent interview with The Times. He spoke of visiting a family that had lost three sons, none of whom were gang members, to knife crime: “Having buried so many young men and women who had hopes and aspirations taken from them in our city, we just want to do a bit more about that.”

Pastor Nims has been doing “a bit more” for decades. He leads the Freedom’s Ark church in Tottenham and is CEO of The Peace Alliance, a charity he started that works in partnership with the police, government agencies, the corporate sector and other faith organisations.

He also led prayer and spoke at David Hathaway’s Day of Prayer for Britain in Wembley last August.

Born to Nigerian diplomat parents, Nims, 54, has received many civic awards for his work and was awarded the MBE by the Queen. Later he was appointed as HM’s Deputy Lieutenant for Greater London, a role dear to his heart.

Now he has been persuaded to throw his hat into the ring to be London mayor.

“We believe you can do a better job”

He told The Times, “I didn’t start 30 years ago to become a politician. But a lot of people have approached me from across the political divide, who have consistently said, ‘We believe you can do a better job. You get our heartbeat.’”

“I knew if I didn’t get into the fight, the fight would come to our home”

Pastor Nims, who has a son and daughter, said that a sense of responsibility for his own family has pushed him into politics: “I didn’t want my son to feel scared on the streets. And I knew if I didn’t get into the fight, the fight would come to our home.”

As mayor, he would launch a huge recruitment drive for special constables from all walks of life, to act as proxy parents for children “at the forefront of criminality” and would like schools to become evening youth centres.