“Are we preparing our people for suffering?” asked organiser Howard Stern in his opening address.

Some time ago, Howard, who writes this paper’s Middle East Update, believes God spoke to him regarding the state of our nation.   He received confirmation recently.  It was: “The cup of England’s iniquity is full,” a stark message to be remarkably amplified by later conference speakers. 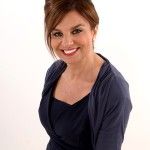 Andrea Minichiello Williams: campaigning for the Church to speak up

Andrea Minichiello Williams of Christian Concern took the theme further.  “We are “legislating for evil”, she said.  “When the will of Parliament is to approve evil, the Church must declare the will of God no matter what it may cost.”

She asks: “Where is the Free Church in the public sphere?  We can’t just sit and tut-tut about the bishops (many of whom abstained at the vote on the second reading of the Same Sex Marriage bill).

“It is time to wake up.  In the last 50 years the Church has not been asleep, it has been under general anaesthetic.  We have an aching, lost and burdened community.  The Church needs to be ready with the answer.”

The Church can find its way to showgrounds, says Andrea, where thousands turn up for festivals, but only tens turn up outside Parliament to hold the government to account for abortion or same sex marriage.  Christianity has become counter-cultural.

In the 40 years since the 1967 Abortion Act, she explains, we have gone from taking life to making life (IVF) to faking life (embryology experimentation).  Not only have 8 million babies been aborted in England and Wales, but their children and descendants have been lost as well as all the fertilised embryos which are destroyed through research or because their parents no longer have need of them – a silent holocaust, says Andrea.

“The Church has not spoken out and we are unable to protect the innocent.  The nation has commoditised children, the imperfect are screened out for cleft palate or a breast cancer gene, inconvenient babies are aborted.”

The latest round of embryology legislation in 2008 allowed for mixed animal/human embryos, she informed the meeting.

And death is the final frontier looming in the autumn with the Assisted Suicide Bill.  Given the way the House of Lords has voted on same-sex marriage, Andrea cannot see how we will win.  “The generation that killed its children will be killed by its children.”

We need to plan 50 years ahead, she suggests.  We must take back the high ground of education, academia, justice, entertainment and media which the Church has lost.  Supporting the best young people to do PhD’s and encouraging them to think about what will put the truth back into our government is, she believes, a major way forward.

Following Andrea, evangelical elder statesman David Pawson, who was present, asked to speak to the meeting.  “All that you have heard is to be expected in a country which has departed from the Christian faith,” he said.  “Why are we silent?” Then, answering his question: “Because we have surrendered our moral authority.”

In the 1960’s the Evangelical Alliance was considering the abolition of capital punishment and the acceptance of divorce by consent.  “The Church approved these in the name of love, leaving it no moral authority to speak against the things which ensued: abortion, calls for euthanasia, and the disappearance of marriage.  The Church must go back and repent of accepting the end of capital punishment and divorce and remarriage,” he said.

“We must clean up our act in the Church and the compromise of accepting adultery 60 years ago, which has lead us to where we are today, before we have the authority to speak on all that has come since.”

Billed as “a defected Iraqi terrorist and politician,” the first afternoon speaker, Sami H, could not, for security reasons, be photographed.  Neither could the two young Palestinian Christian women who spoke, after Sami, of life in Bethlehem and the very difficult and sometimes dangerous life of Christians there.

To call Sami’s past colourful is an understatement.  Born in Iraq, he became the black sheep of his family when he decided, at 19, to become a terrorist and spent three months with “a terrorist organisation” on the Israel/Syria/Jordan borders.  In 1980 he had to escape Baghdad with his wife and family: “Between 1976-2003 I lost 21 of my cousins and family, and since 2003 I’ve lost another seven to extremists who rule, I’m sorry to say, with the support of the West.”

Sami has spent the past 30 years in Britain and considers himself a Londoner.  Although still a Muslim, he feels his faith has been “hijacked” by extremists and he desires to make the British far more aware of abuses of women going on here, including honour killings and FGM (female genital mutilation). “The UK is a haven for European Muslim families to send their daughters for FGM. The figure of 25,000 a year is the tip of the iceberg.”

There is not the space here to report everything Sami said, but he is worth hearing if you have the opportunity at a future Emmaus conference.

As well as the threats of equality legislation, there have been threats to Muslim converts in British churches.  Howard reported that believers’ male relatives had been imprisoned and beaten in their native country after the convert was seen in a British church.

Howard had received death threats over his visits to churches and synagogues with Palestinian Christian speakers and is keen for churches to be more aware of whom they put in their online group photos.

The conference was hosted by The Emmaus Group, an online community with a common interest in understanding more about the condition of minority groups, especially Christians and Jews, in Islamic countries.  They also seek to build bridges between the Church and Israel while encouraging constructive dialogue between all parties affected by the Arab-Israeli dispute.