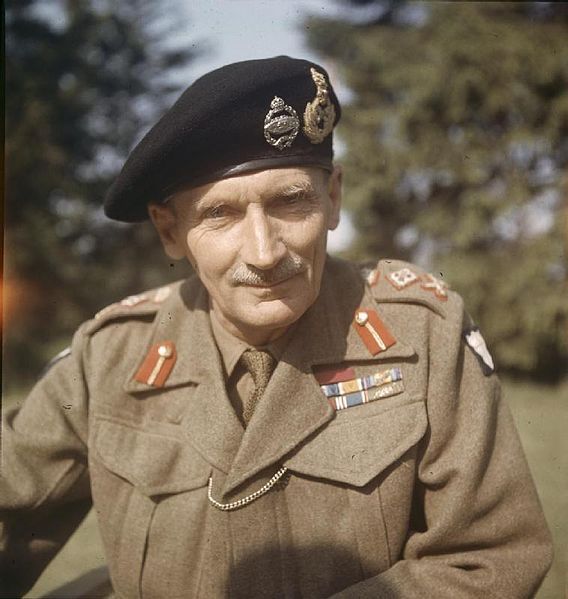 A desert race for oil and a dictator with genocidal intentions.  Sounds familiar?

This talk was originally given in the House of Lords in November 2012 at a reception hosted by Lord Montgomery on the Battle of El Alamein and the survival of the Jewish People.  Kelvin Crombie is an Australian who worked for CMJ (Churches’ Ministry among the Jewish People) for over 20 years in Israel, developing CMJ’s Heritage Centres and writing many books about the history of CMJ and how God uses individuals and nations to bring about his purposes.

IN JUNE 1942 THE GERMAN-LED ARMY UNDER GENERAL ROMMEL CAPTURED THE KEY LOCATION OF TOBRUK IN LIBYA AND WAS QUICKLY HEADING TOWARDS THE SUEZ CANAL.  Beyond were the coveted oil fields of Iraq…

At that time some 70,000 Jewish people lived in Egypt; 500,000 in British Mandated Palestine; 30,000 in Syria and about 100,000 in Iraq. The lives of all these Jewish people were now in serious danger.  The Nazi leadership had already sanctioned the annihilation of all 13 million Jewish people living in Europe.

In late June and early July 1942 the Nazi High Command in Berlin, led by SS commander Heinrich Himmler, instituted a new formation known as Einsatzkommando Egypt. The Einsatz were specialised squads used to murder political opponents and Jewish people in Nazi occupied Europe.  By mid-1942 the Einsatzgruppen had already murdered close to 1,000,000 Jewish people in Europe.

The plan was for Einsatzkommando Egypt to join with local collaborators in the Middle East in order to destroy the Jewish communities in that region.  The implementation of this terrifying policy depended upon whether Rommel’s forces could defeat the British-led Eighth Army and reach the Suez Canal.

This German-led Army was halted at a small location named El Alamein, only some 100 kilometres from Alexandria in Egypt, on 1 July 1942.  Thereafter an intense campaign was fought at this location by Australian, British, New Zealand, South African and Indian and other Allied soldiers, which only ended on 4 November 1942.

El Alamein and the Montgomery Bible

The Jewish leadership of British Mandated Palestine later presented General Montgomery, the commander of the Eighth Army, with an official gift of gratitude. This official gift was a Hebrew Bible (the Tenach).  Accompanying the gift was a parchment with these words written on it in Hebrew and English:

Field Marshal Viscount Montgomery, the gallant leader of the victorious British forces, by whose hand God has placed salvation in Zion in the days of El Alamein.

General Montgomery later gave this Bible to Christopher Chavasse, the Bishop of Rochester, who then donated it to CMJ. In the late 1980’s I located it, together with Professor Alex Carmel, at CMJ’s UK office. I then took it back to Jerusalem where it was exhibited in a Heritage Centre I had  established at Christ Church in the Old City of Jerusalem.

The message conveyed by the Bible and the book I subsequently wrote, El Alamein: Halting an Impending Holocaust in the Middle East, is that the principles which lay behind the Holocaust are still present today, and we all need to be as vigilant today as we were back in 1942.  Today we must work against racism and incitement to genocide.  Unfortunately there are those today who again want to perpetrate genocide against the Jewish people and the nation of Israel.

“Monty’s Bible” can be seen during Kelvin’s speaking tour promoting his recent book El Alamein: Halting an Impending Holocaust in the Middle East which was launched in conjunction with the 70th anniversary of the battle of El Alamein.   Kelvin Crombie is the main speaker at CFI’s conference on 11-12 October, at Victoria Baptist Church, Eastbourne.

The Battle of El Alamein, which opened with a 1,000-gun artillery barrage on the night of Oct 23 1942, amounted to a turning point in the Second World War for the British Army.

In a 12-day offensive, the British Eighth Army under General Bernard Montgomery routed the German Afrika Korps, destroying about a third of its fighting strength and wrecking Hitler’s hopes of capturing the Middle East.

The 70th anniversary was commemorated last autumn in Britain and Egypt.

Another irony of history

How do you live down an internationally famous name such as Rommel?  I discovered how in 2002 in Berlin.  Watching a march past the Reichstag by approximately 1,000 German Christians to show support for a beleaguered Israel,  I was introduced to the Rommels, a middle-aged couple who had flown from Frankfurt to take part in the march.  The wife was English, the husband a distant relative of the famous “desert fox.”  Both were born again Christians who happily invited me to stay with them.  They gave me their card – as well as the usual personal contact information it gave their ministry role: “Christian Friends of Israel Representatives for the Rheinland.”

Only God could have produced this exquisite irony.

El Alamein: Halting an Impending Holocaust in the Middle East

Been to any life-changing meetings lately?  Heart’s reporters can’t be everywhere, so why not take a few notes, a couple of photos and send them to editorial@heartof.org.uk before the published deadline.  Please check about word length first!