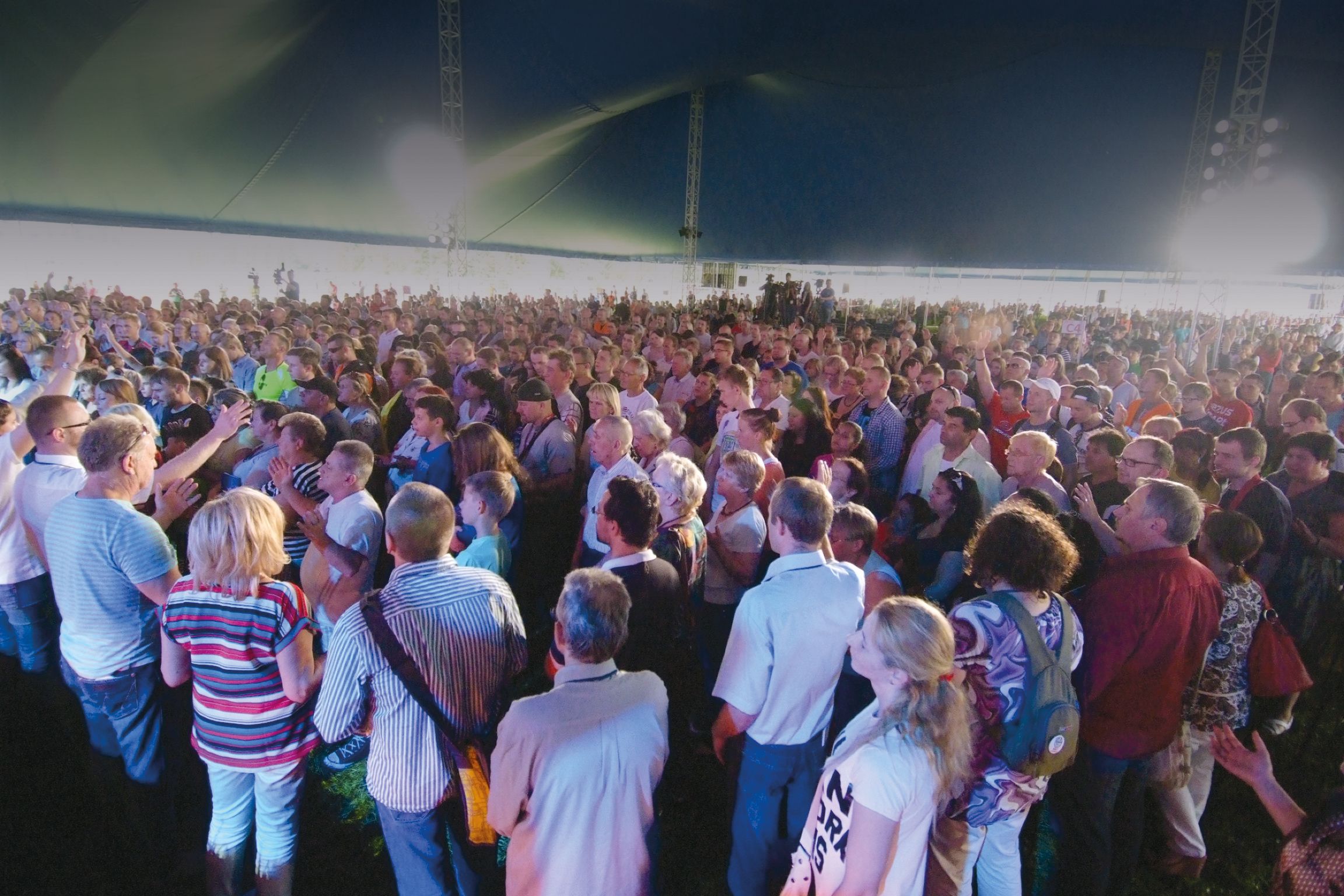 After two years in preparation, 5, 6, 7 September saw the largest evangelistic ministry in Europe – in Poland.

In the largest nature park in Europe, 100,000 Gospel brochures were distributed by churches working with evangelist David Hathaway’s team.

“We saw over 80,000 in one day,” said David, who is in his early 80s. “Thousands personally received Christ with miracles of healing. The five regional and national TV companies filming estimated that at any one time, 25-30,000 were crowded in the venue (designed to hold up to 30,000 people at a time), and reported that the attendance in the park changed about three times during the day. The two-hour meetings on Friday and Sunday (worship, preaching, repentance and miracles of healing) were broadcast LIVE to the nation!”