Campaigners to sue US government for failing to stop jihadist genocide

Appeal to Trump to stop genocide

Frustration over the Obama administration’s inaction over the mass murder of Christians has led the American Centre for Law and Justice (ACLJ) to sue the US government.

After a long campaign to win the term ‘genocide’ for the relentless slaughter of Christians, as reported in this paper, the ACLJ claims that the Obama Administration refuses to take action.

Meanwhile in November the ACLJ sent an urgent legal letter to President-elect Donald Trump outlining a 7-point plan against genocide, urging him to take decisive action as President to stop the genocide and protect Christians.

“It is our sacred duty to defend Christians from inhuman genocide”, said a spokesman. “Christians are still being barbarically beheaded, crucified, and burned alive.”

A federal judge has ordered a critical report next month, which could force the administration into action.

More than Donald Trump’s infamous wall, the divide that concerns many Mexican Christians isn’t a physical barrier but a spiritual one.

Open Doors reports that there is an invisible wall between evangelical Christians and the ‘traditionalist’ Church, a blend of popular Catholicism and indigenous paganism, with many evangelicals facing imprisonment and displacement.

Casto was eventually able to return to Chichiltepec after reaching an agreement with his village, but not everyone is so fortunate.

Open Doors says: “As a result of the intense advocacy work of the field operations of Open Doors in Mexico and its partner organisations, the concerns about the ongoing religious intolerance were voiced in the Mexican Congress. This was a historic public statement, because it was the first time that the issue of religious intolerance was formally condemned in a plenary session of the Mexican Congress.”

Two years on: no justice for couple burned alive

It is now two years since a Christian husband and his pregnant wife were burned to death in a brick kiln in Pakistan, yet no one has yet been convicted of the crime.

Christians in Lahore attended a memorial service on 4 November, honouring the second anniversary of the deaths of Shama Bibi and Shahzad Masih and their unborn child.

The couple had been accused of desecrating the Quran – an offence punishable by death in Pakistan. Hundreds of enraged Muslims took the law into their own hands, beating the Christian couple before killing them in the brick kiln.

As many as 106 people believed to be part of the Muslim mob have been arrested but none have been convicted, and the man the family believes is responsible for the false accusation is out on bail. The investigation and hearings continue and no date has yet been given for the final court case.

Family forced out of Bradford

Christian convert Nissar Hussain and his family have had to leave their home after death threats.

Hussain, who has been persecuted for 15 years for converting from Islam, had to move to a place of safety in October, aided by the British Pakistani Christian Association (BPCA).

A CID officer told Hussain to leave or face potential death, because the police could not provide 24 hour protection. The threat had increased so significantly that the police had placed a phantom police car outside his house as a deterrent.

The CID offered the family a temporary bedsit or council flat in a different area, but the BPCA arranged more permanent accommodation.

BPCA leader Wilson Chowdhry says: “As we predicted many years ago, his part of Bradford has become a no-go area for apostates (converts from Islam) and will soon become a place exclusive to Muslims if measures are not taken to correct the growing social malaise of fundamentalism.

“The threat to Nissar in the apparent safety of Britain has become so intense that five police armed response units filled with officers holding semi-automatic weapons were required to block roads, shield him and escort him to his new safe home after he went to collect some items remaining in his home.   Please pray for the safety of Nissar and his family.”

If an apostate needs help, the BPCA encourages churches to contact them: britishpakistanichristians.org

Tactic is to displace Christians and starve survivors

The attack, in the town of Godogodo, came after similar violence three weeks earlier in which eight people were killed by herdsmen wielding guns and machetes.

This time, as well as murdering the Christians, the assailants burned down houses and attacked 16 church buildings and worship centres.

Rev Thomas Akut, a pastor of the Evangelical Church Winning All Good News Church in Godogodo, witnessed 22 Christians being killed. He was able to escape with his family. He told the Morning Star News: “We fled into the bushes, and some of us escaped to safer areas.

“The attackers were in the hundreds and were well armed. Some of them wore army uniforms, while others wore police uniforms. Some of them exchanged gunfire with the few soldiers stationed at the post office in the town, while others burned down houses of Christians.”

Two days after the attack, Solomon Musa – the attorney and president of the Southern Kaduna People’s Union – said that the death count was at least 40.

Rev Akut said the herdsmen destroyed Christian farms as a tactic to displace Christians and starve the survivors to death. He added: “This is a jihad. It is an Islamic holy war against Christians in the southern part of Kaduna state.”

“You don’t hear about this in the media!” 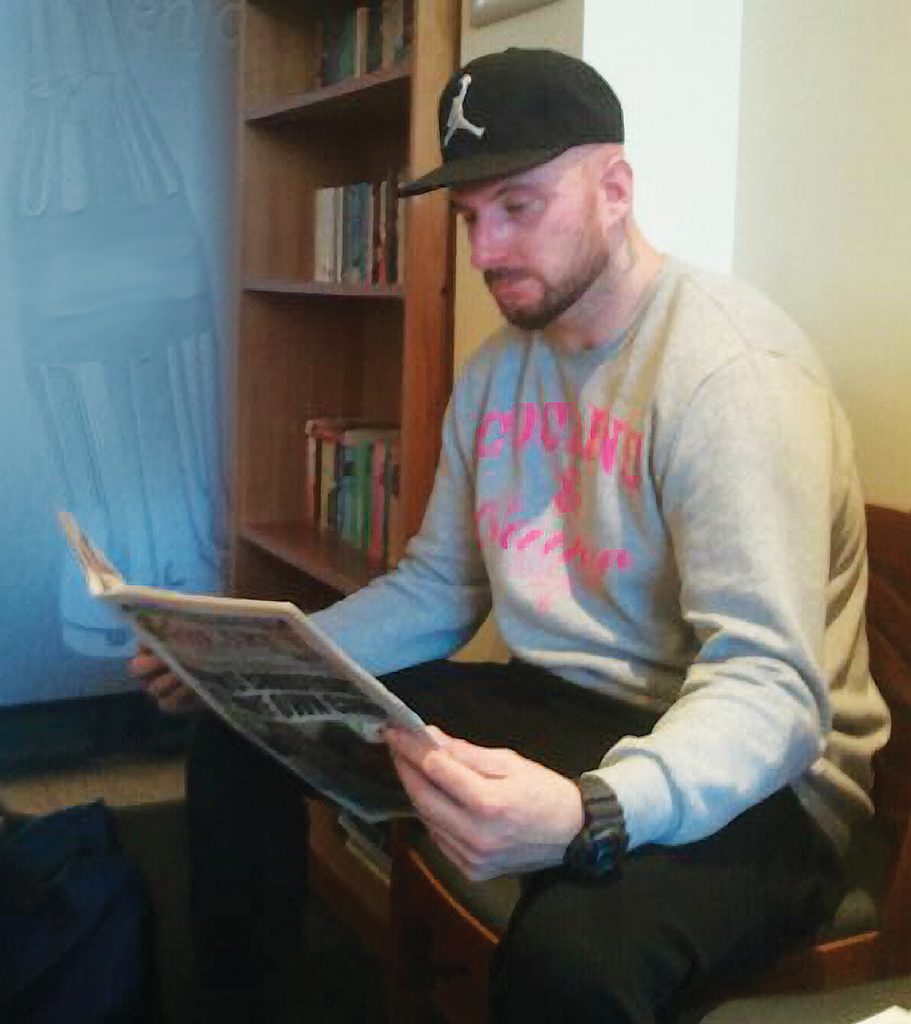 From the HEART editor:

This is Mark, who picked up a copy of HEART which I had (casually) left in the cafe area of my gym.

He was very interested to read of the plight of Pakistani Christians, commenting, “You don’t hear about this in the media!”

Mark felt he could no longer trust mainstream media and was happy to take the paper away with him to continue reading it, along with a postcard giving him details about my church.

Please use HEART to tell the truths which don’t get into our secular media. Use the form below if you’d like a personal or gift subscription, or call the office to order more copies for your church to give out. We’ll ask you to help cover our postage if you can; otherwise the paper is free of charge. Email distribution@heartpublications.co.uk or call 01903 209383

‘Good News’, the brilliant evangelistic newspaper which churches can use to reach out to show how God is changing lives which comes out every month. www.goodnews-paper.org.uk

And for those interested in prophecy, there’s Clifford Hill’s relaunched Prophecy Today which sends out topical and compelling articles every week: www.prophecytoday.uk