Putin, the Patriarch and a very strange pact 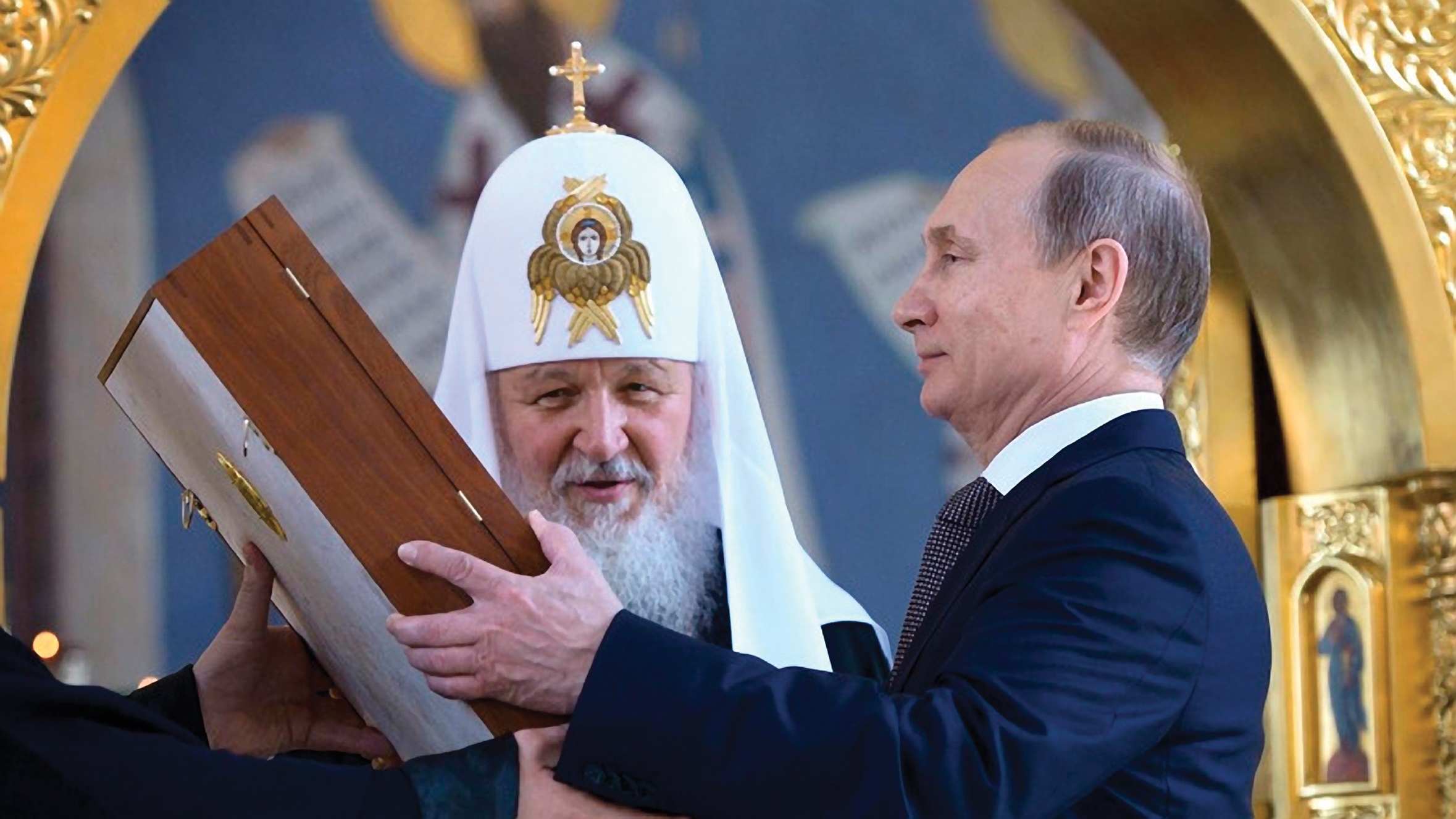 A ‘holy’ alliance? President Putin with Patriarch Kirill, who has declared that all Russian wars are holy wars

In exchange for a ban on evangelism by other churches, the Russian Orthodox Patriarch has decreed that all Russia’s wars are ‘holy wars’. This has given the ‘Russian Orthodox Army’ licence to kill pastors in Ukraine

Russia’s ban on evangelism, reported in the October-November issue of this paper, is a blatant effort to favour the Russian Orthodox Church, whose leaders believe that it is the one true Church.

Indeed, President Putin has publicly backed the Orthodox Church in order to restore it to the centre of Russian society.

The ban is a very effective tool to suffocate all non-Orthodox churches, because if they cannot reach out, they cannot grow. This all but guarantees the continuing hegemony of the Orthodox Church.

To understand this situation, you need to realise that to be Russian is to be Orthodox. Russia is now the Orthodox Church’s undisputed territory.  It is in the process of building 200 new churches in the Moscow area alone.

In return the Orthodox Church is only too happy to give its blessing to President Putin’s empire building endeavours. Conveniently for Mr Putin, the Church leaders hold the belief that the Kingdom of God grows as the Russian empire grows.

This is a theological world view last seen in Europe with the dissolution of the Catholic Holy Roman Empire after defeat by Napoleon in 1806. President Putin has sought to rebuild the wounded pride of a once great empire by claiming it has a unique place in the world that must be defended at all costs. Putin’s willingness to use force to achieve this aim has been tragically played out in Ukraine and now the Middle East.

Amazingly, the Russian Orthodox Church is happy to support this with its head, Patriarch Kirill, declaring earlier this year that Russian wars are now “holy wars” where the Russian army are doing the will of God by bring Russian influence to the world.

This has taken an horrific turn in the rebel held areas of Ukraine where non-Orthodox denominations are being violently forced out. The Russian Orthodox Army is the chosen name of one of the most aggressive and well-trained militias fighting against the Ukrainian government in the east of the country.

This group is one of many fighting in the east but stands out for its extra-judicial killing, kidnapping and torture. I have heard first-hand testimony from pastors being forced to flee for their lives after beatings and attempts to kill them.

These Protestant denominations are seen as agents of western thinking and ideals and must be purged at all costs from this “Russian” area. Putin’s ambitions show no sign of abating and this should be a cause of great concern and prayer as we remember the believers caught in the cross-fire of his ambition.

To receive regular teaching mailouts from Piers Arthur-Crow/The David House or request a speaking engagement please contact him through office@thedavidhouse.org