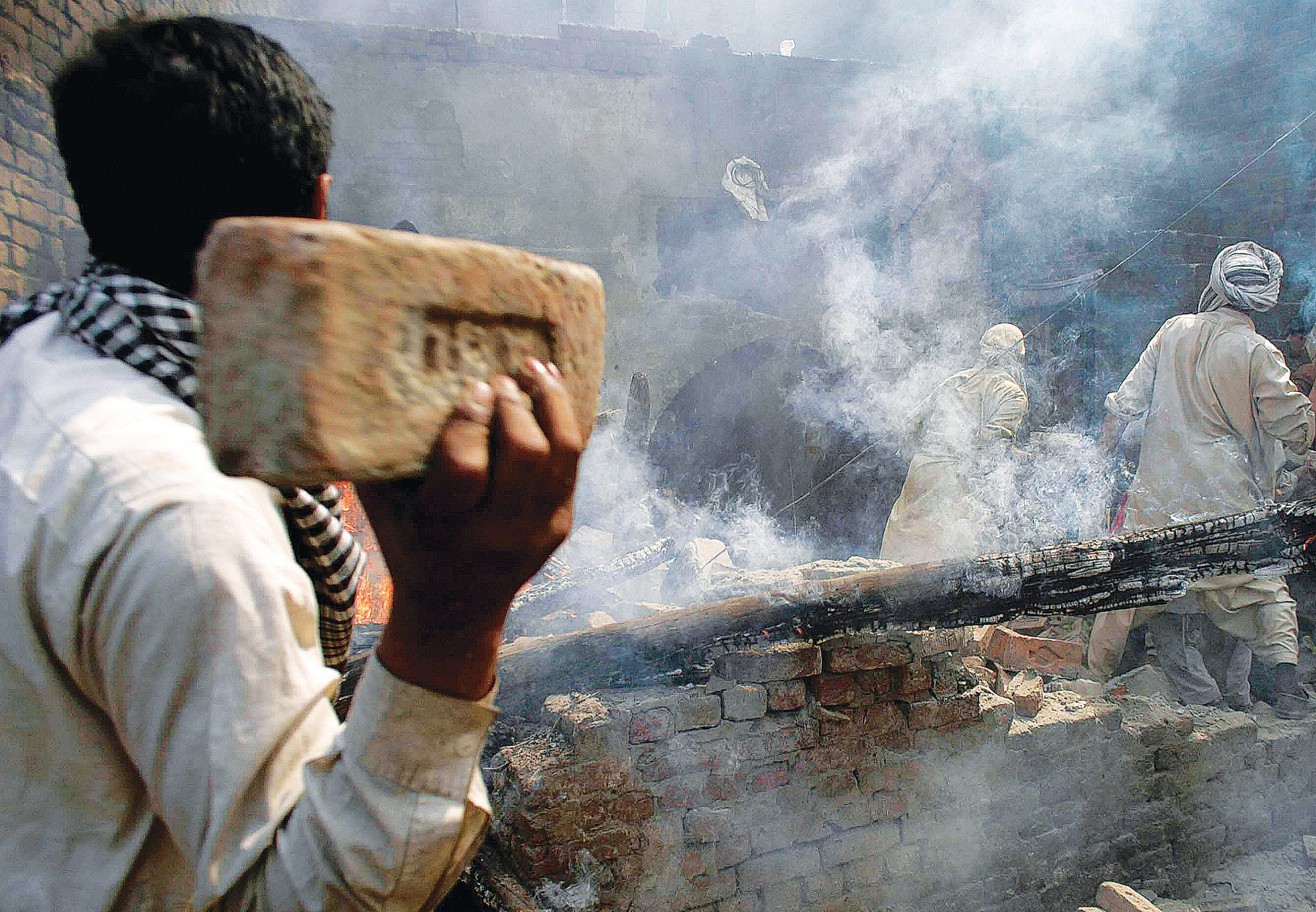 Homes, shops and churches destroyed in Lahore, Pakistan, as police look on. © persecutedchurchnews.blogspot.co.uk

Global persecution of Christians has risen to around 100 million, according to Open Doors, the charity supporting persecuted Christians.

It also reveals that North Korea tops its World Watch List for the 14th consecutive year, as the most difficult place to be a Christian.

Not surprisingly, considering the rise of ISIS, Iraq is now second on the World Watch List, where Christians are on the verge of extinction.

Third on the list is Eritrea. “The Eritrean regime is absolutely authoritarian and intolerant towards any form of association, dissent, and free expression,” says Open Doors. “The government’s attempt to control all religious institutions culminated in the deposing of the Eritrean Orthodox Church Patriarch who has been under house arrest since 2007. Eritrea has also consistently supported the rise and spread of radical Islam in the Horn of Africa.”

A Californian church of 400 people has negotiated with the Taliban to secure the freedom of 4,500 Christians from slave labour at brick factories in Pakistan.

After the church decided to build a school in Pakistan, their connections with Christians in the country led to their decision to try to release the Christians in a dozen brick factories.

Two church members led the negotiations with a local Taliban leader – 73-year-old retired barber JP* and another member called Mark*. They also took part in an outreach that resulted in two Muslim leaders and several hundred other Muslims turning to Christ. One of the imams had a vision of Jesus after the outreach, which led to his miraculous healing and conversion.

“Every brick in Pakistan is made by a Christian slave,” JP says, “because Muslims will not do that kind of work.”

Whilst slavery is outlawed in Pakistan, and the Christians are considered indentured servants, the reality is that generational indebtedness to the factory owners becomes effective enslavement. Working seven days a week from dawn till dusk, there are no days off, and if they don’t meet harsh quotas they don’t eat.

It is also against the law for a child under 14 to work, but the brick factories are full of under-age children making bricks.

The church members financed the building of the school and paid off the slaves’ debts.

*Names have been changed

A Christian convert from Islam who has suffered persecution in Bradford for 16 years has discussed his case at the Home Office.

After Nissar Hussein’s family turned to Christianity, he was attacked by a gang outside his home and had to be hospitalised with several broken bones, as already reported in a previous issue of this paper.

Nissar Hussein and Wilson Chowdhry, Chairman of the British Pakistani Christian Association (BPCA), met with Karen Bradley MP, former Home Office Minister for Preventing Abuse, Exploitation and Crime this July. Mrs Bradley presided over the introduction of the 2015 Anti-Slavery law and has been made Culture Secretary in Theresa May’s new Cabinet.

Chowdhry and Hussain outlined the dangers that converts from Islam face in the UK, illustrated by Hussain’s personal suffering which has included repeated acts of violence, intimidation and vandalism.

Chowdhry and Hussain argued for apostasy hatred to be included within the Race and Religious Hatred Act 2006, government policy on hate crime and referred to within policing guidelines. The BPCA believe that clarity is needed on apostasy hatred as West Yorkshire Police have failed to recognise attacks on Hussain as hate crimes, due to a lack of understanding of the hostility converts from Islam face in Britain today.