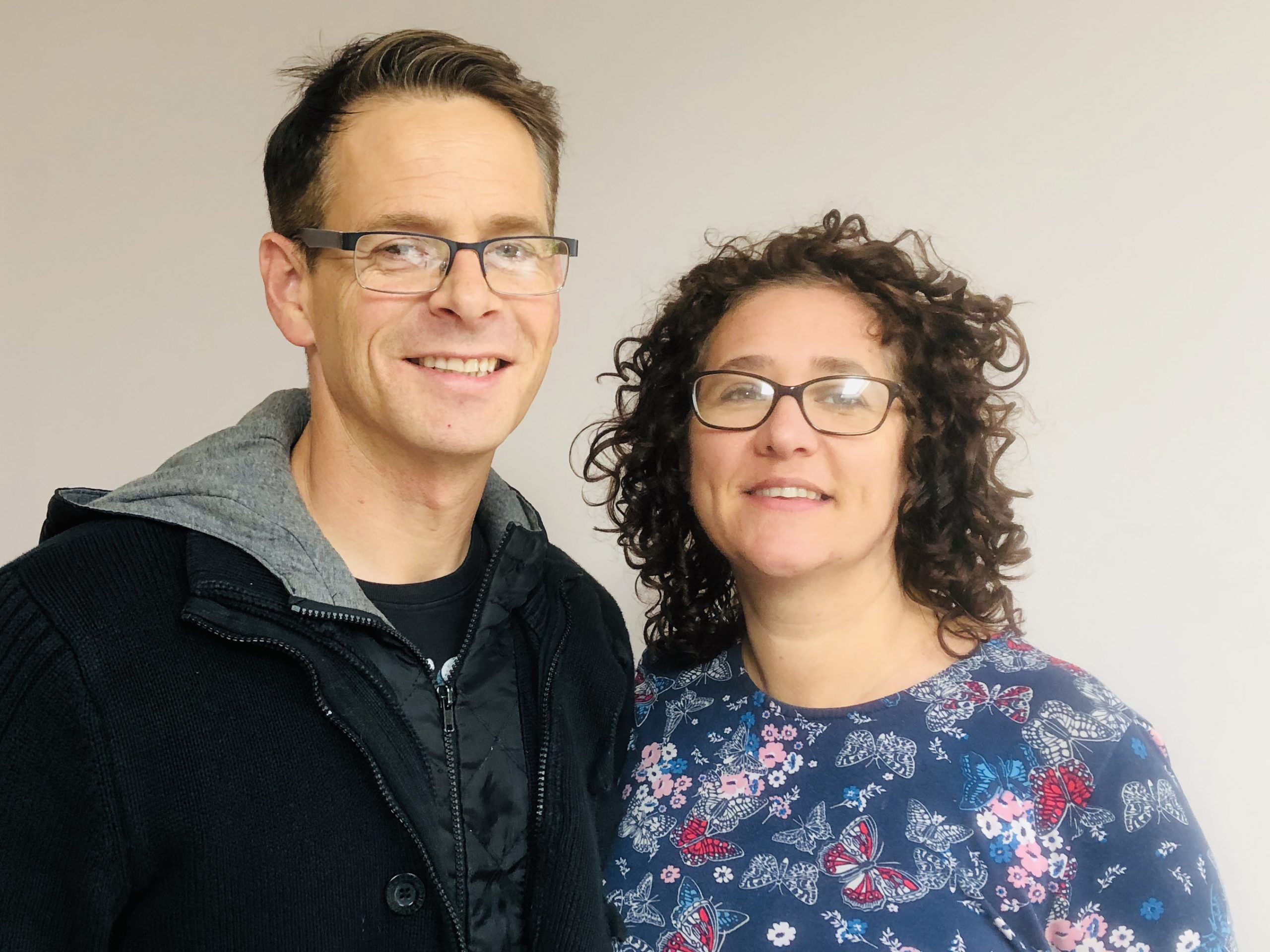 A week after HEART Partner pastor Chris Wickland warned his church’s leaders about key Christians being “taken out”, he suffered a cardiac arrest. His wife Tracey told HEART about his miraculous recovery

Sitting beside my husband’s bruised and swollen body, the situation looked bleak. Chris was in an induced coma following a sudden cardiac arrest (SCA).

His heart had stopped beating for 15 minutes. The doctor told me that since he was fit and only 47, he probably wouldn’t die, but would probably suffer brain damage because less than 10 per cent of SCA patients return to normal.

Picking up a Gideons’ Bible, it opened at Hebrews 11:1: “Faith is confidence in what we hope for and assurance about what we do not see.”

On 29 November, Chris had taken three of our five children to a local theme park. Finding it closed, they headed instead to Flip Out trampolining centre in Eastleigh. But Chris felt sick and dizzy and sat on the side, breathing heavily. Our 11 year old, Serenity, saw him walk into the locker room, lie down on a bench and be sick.

I believe God put Chris in the right place at the right time that day, because he had instant access to CPR and a defibrillator! When the Flip Out staff phoned me, I asked them to tell the children to pray for Chris immediately.

It took four shocks with the defibrillator before his heart started beating and he was rushed to the heart hospital of the south, Southampton General.
The ambulance driver said he had never seen anyone come back after a fourth shock during 24 years on the job. Over 90 per cent of SCAs result in death, as no-one is around to do CPR.

As soon as I got to Chris’s bedside, I prayed and read Scripture over him. I decided I wasn’t going to be a grieving widow; I was going to stand on the Word of God and believe God was going to heal him. When I needed sleep, friends sat and prayed over him during the night.

Even people Chris had offended prayed fervently for him!

Thanks to social media, Christians from churches across the world were praying for Chris, day and night. Even people Chris had offended over the years put aside differences and prayed fervently for him! The NHS staff in intensive care were also amazing.

Two days later, on Sunday morning, they began to lift the sedation as churches around the country continued to pray.

As he started to move, I read aloud Psalm 91, the hymn ‘Rise up O men of God’ and Romans 8:11, “He who raised Christ from the dead will… give life to your mortal bodies through his Spirit who dwells in you.”

His eyes rolled as he writhed on the bed

I rang our church to tell them he’d woken up, prompting tears of joy and relief from the congregation. In fact, Chris looked truly awful, his eyes rolling as he writhed on the bed, but several hours later they could remove the breathing tube and he started to speak.

Less than three weeks later, Chris was discharged in time for Christmas with a clear and sound mind. Doctors could not believe that he had been dead for so long with no permanent damage. He has been fitted with an S-ICD (a clever on-board defibrillator).

The Church got on her knees and God ‘moved the mountain’

Our church culture of doing meal rotas for sick people kicked in for us; we had a few weeks’ worth of food. People even gave us financial gifts – not that we needed it, but we had a really nice Christmas.
I’m absolutely convinced Chris is alive and well because the Church got on her knees and God heard her and ‘moved the mountain’.

If Chris had died, then God would still be good and faithful, but he chose to return him to us and I’m beyond thankful.

Pastor Chris was dead for 15 minutes. This is his message to HEART readers

All I can remember was coming round two days later. Considering that people had been jumping on my chest for about half an hour, I felt completely fine. When I woke up, I was quite swollen, but within a day all the swelling and bruising disappeared.

I’m beginning to realise how miraculous it is. Two medical professionals told me: “After five minutes of CPR, most people end up with minor brain damage… the fact that you came back after 15 minutes with absolutely no brain damage is nothing short of a miracle.”

The week before it all happened, I had said to our church leaders, “All around the world, it seems like the devil is taking out key leaders,” because I think we’re on the cusp of something brilliant for the Church and Satan is just trying to do what damage he can before we start doing damage to him.
Over the last 20 years, the UK Church has been through spiritual barrenness, but I’m starting to see radical answers to prayer – even my own ‘resurrection’ is a sign of that. In our own church, we’ve also seen people healed of cancer. The number of people praying for me around the world was incredible and humbling.

Chris and Tracey Wickland pastor the Living Word Church Network in Hampshire. Married for 25 years, they have five children. Pastor Chris’s books, ‘Faith School’, ‘The Biblical Importance of Israel’, ‘The Blessing of Abraham’ and ‘Basic Doctrine: Book One’ are available on Amazon.