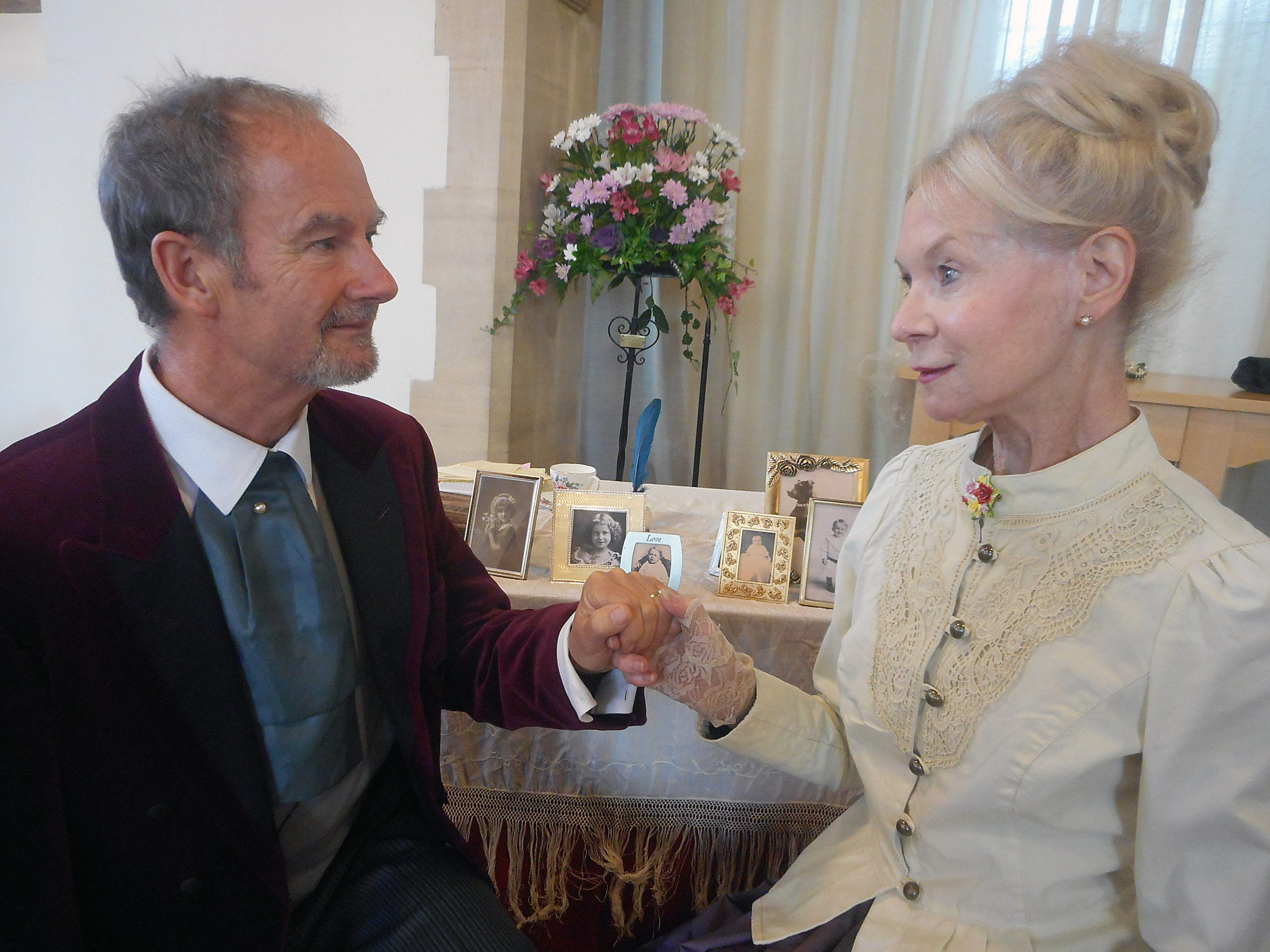 When Lyme disease left her housebound, Marianne Gaston thought her career in professional theatre was over. But prayer from an unexpected visitor saw her instantly healed

Marianne Gaston has always been at home onstage.

Having trained in dance and drama, she forged a successful career as an actress, performing in secular and Christian theatre in the UK, Australia and New Zealand.

But 23 years ago, the onset of a mystery illness forced her to exchange the stage for her sofa. She spent the next ten years virtually housebound.

Today, Marianne, 60, credits God for the miracle which has enabled her to return to work.

Back in 1997, she had been feeling unwell for several months when she woke up one morning unable to get out of bed. After many inconclusive tests, doctors finally labelled her condition as ME (chronic fatigue syndrome). It took two years before Marianne was finally able to struggle to the sofa.

Her devoted husband, Leslie, gave up his job as an aircraft engineer to become her full-time carer. “Friends stopped calling due to my sheer exhaustion after talking for just ten minutes,” she remembers. “Next to Leslie, my constant companion was our lovely cat, Smudge, who would sit on the arm of the settee all day next to me.”

Unable to eat properly, she existed on health drinks, her weight slowly dropping to just six stone. The illness also caused her hair to fall out. She never left their house except for visits to hospital or the occasional outing using a wheelchair.

Although she couldn’t attend services at their local church, Tewkesbury Abbey in Gloucestershire, she was encouraged to know that fellow Christians were faithfully praying for her. “Communion was brought to me occasionally, so I never felt God had forsaken me.”

But the isolation was taking its toll, causing Marianne to question God: “The months and years seemed to run into each other. One day, when feeling particularly low, I asked God about my purpose in life. I felt he answered, ‘Become a prayer warrior’.

“Despite having been a Christian since Easter 1979 and getting baptised in 1982, I had neglected spending time with God due to working full time and leading a busy social life. So my settee became my prayer place.”

Visited by an angel

One morning, she received a surprising supernatural visitation. “I woke up feeling a real sense of despair, with no hope for the future,” Marianne recalls. “It was 2.55am on our bedside clock and Leslie was fast asleep. I sensed a ‘presence’ in the room and saw a huge shadow in the corner, with warmth emanating from it.”

She whispered, “Who are you?”

A soft voice replied, “I’m Meshuel, your guardian angel. Don’t be afraid.  I’ve been sent to comfort you.” The shape then dissolved.

“I was left with an immense feeling of peace and God’s love,” she says. “The clock said 3am, so I knew I hadn’t dreamt it.”

But despite this heavenly encouragement, she saw no improvement in her condition. As the years passed, the same verse kept reappearing during her Bible studies: “I will restore to you the years that the… locust has eaten.”

However, she was not prepared for the dramatic transformation that was to take place.

“A lightning bolt went through my body”

Meanwhile, Leslie, who has an online teaching ministry, had made contact with a Pakistani bishop, Yousaf Nadeem. When Bishop Yousaf came to fulfil speaking engagements in the UK in August 2007, Leslie gave him a tour of the Cotswolds and also asked him to visit Marianne.

“As I was so unwell, the idea of meeting a stranger was quite out of the question; I was adamant that I did not want to see him,” she remembers. After the bishop assured them that he would not to stay too long, she reluctantly agreed.

As Yousaf entered their sitting room, Marianne felt as if “God’s light” was shining from him.  “After asking my permission, he laid his hands on my head and prayed, first in Urdu and then in ‘tongues’, as spoken of in the book of Acts.

“What I can only describe as a lightning bolt went through my body. I knew immediately that something had happened.

“After Bishop Yousaf and Leslie left, I felt full of the joy of the Lord and couldn’t stop laughing. Ten years after my illness began, I was instantly healed!”

Two days later, Marianne asked Leslie to take her for a ride on the local Toddington steam railway. “I hadn’t done that since the onset of my illness. He was bewildered when I told him I didn’t need the wheelchair.” After their train ride and a visit to Cheltenham for some ‘retail therapy’, she finally plucked up the courage to tell Leslie about the miracle.

Back to the theatre

Marianne took things steadily, but eventually resumed acting in 2011, while Leslie started a new job as head of wheelchair technology at a further education facility for disabled young people. A medical survey later revealed that Marianne had been suffering from Lyme disease, having been bitten by a tick in Scotland many years before.

Later, Leslie and Marianne were able to help Bishop Yousaf and his family after they received death threats from the Taliban. Leslie was instrumental in liaising with the Home Office when they applied for asylum in the UK.

Today, she is fully involved in acting and directing, playing various lead roles, including a film for the BBC in 2018. For the past three years, she has toured with ‘My Dearest Kate’, a dramatisation of the little-known story behind the marriage of novelist Charles Dickens and his wife Catherine.

But she will never forget that her career today is all down to divine intervention: “God kept his promise to restore the years I had lost.”