NO, THE EARTH ISN’T OVERPOPULATED

CLIMATE CHANGE ‘HYSTERIA’ IS CAUSING US TO ACCEPT THE OVERPOPULATION MYTH

Are we really running out of food for the world’s population?

Worldwide famine for the 1970s and 80s was predicted by Paul Ehrlich in his popular book, ‘The Population Bomb’ (published in 1968), yet these decades saw unprecedented growth in food production!

Who remembers the EU’s food mountains in the 1970s, created to keep prices of butter, beef, wine, milk and many other re- sources artificially high?

Today, the world population is 7.8 billion (See Note 1). According to a 2010 estimate, the entire population could fit into the state of Texas with about as much space per person as each resident of New York (See Note 2). This means that God’s command to “fill the earth” (Genesis 1:28) has not yet been achieved.

The real cause of famine is political

However, due to recent climate change hysteria, overpopulation is being treated as a fact, not a theory. In 2012, it was estimated that we are growing enough food to feed 10 billion people. (See Note 3)

The latest food technology includes hydroponics (growing plants without soil), advanced irrigation and better seeds and fertilisers. Deserts are being turned into productive regions, such as in Israel.

The king of Swaziland bought Rolls-Royces for his 14 wives

The real cause of famine and poverty is political; corrupt gov- ernments divert funds into lav- ish lifestyles and overseas bank accounts rather than food for the hungry. Zimbabwe was once “the breadbasket of Africa”, but cor- ruption and land seizures have left most of its people on the brink of starvation. In Novem- ber 2019, it was reported that the king of Swaziland bought at least 19 Rolls-Royces and dozens of BMWs for his 14 wives, while many of his people are suffering from severe food shortages.

The overpopulation myth is a major tool of the eugenics movement, which gained favour in the early 1900s. After Hitler’s diabolical extermination of those he considered unfit for his “master race”, eugenics became unpopular and morphed into ‘population control’.

Methods of reducing overpopulation, such as contraception and abortion, were discussed by the United Nations Fund for Population Activities (UNFPA) at a Nairobi summit in November 2019. The Church needs to see these methods for what they are – interference in the sovereign right of Almighty God to create life when He chooses.

Churches are preaching environmental activism instead of the Gospel

Churches are preaching environmental activism instead of the Gospel of Jesus Christ. But God has promised that summer and winter, seedtime and harvest will not cease as long as the earth remains (Genesis 8:22). He has always provided for his people, and he will not fail now.

God has always provided for his people, and he will not fail now 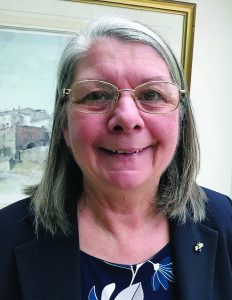 A longer article is available at www.befam.co.uk.