My experiences prove that Halloween is far from harmless 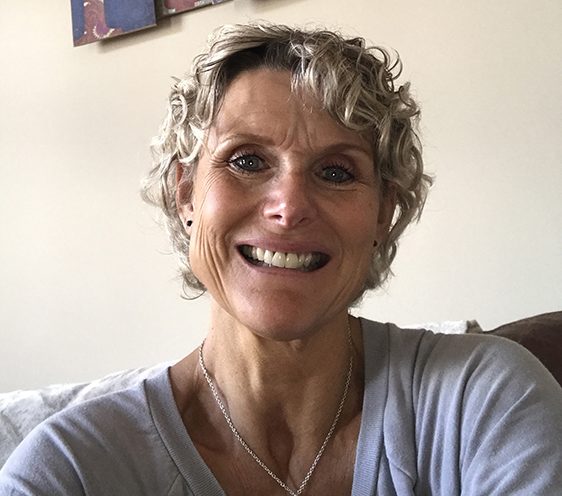 She later accepted Christ, which radically transformed and healed her. Satanist Ritual Abuse (SRA) is a brutal form of abuse of children, youth and vulnerable adults, consisting of physical, sexual and psychological abuse, and involving the use of Satanist rituals. SRA usually involves not only long-term sexual abuse but also the long-term physical and psychological torture of its victims. Wilfred Wong has 24 years experience of campaigning against SRA and interviewed Vicky.

Wilfred: Describe the SRA that you suffered.

Vicky: My earliest recollection of sexual abuse by Satanists was at the age of 3. I was forced by my abuser to engage in all sorts of sexual acts and branded with a hot poker.

I was also forced by my Satanist abuser to watch pornography, which included Bestiality. In addition I was forced to ‘ play games ‘ during which I was sexually abused and told that I was the ‘ star of the show ‘. Photographs were taken of this abuse.

I was drugged with a drink and taken out at night to tunnels and other locations with everyone wearing black hooded cloaks. I heard screaming and witnessed Satanist rituals with animals and children being murdered. There was lots of chanting. I was impregnated and my baby was aborted and offered as a sacrifice to Satan. Abortion is the modern form of Child Sacrifice. Bible-believing Christians ought to take careful note of this and become much more actively Pro-Life.

The Satanists constantly told me that I had sinned and should be punished! They instilled fear in me and tried to control my mind in order to prevent me from ever speaking out about their hideous crimes. The last time I was subjected to SRA was when I was 14.

Wilfred: Describe your battle to get justice against your abuser.

Vicky: I have battled for justice for the last 28 years to protect children from my Satanist Ritual Abuser. I first went to my MP, the late Geoffrey Dickens, for help in the early 1990s. He advised me to go to Greater Manchester Police (GMP). I also went on the BBC Panorama programme with Geoffrey to speak out about Satanic Ritual Abuse.

At that time Childwatch, a children’s welfare organisation, was helping two sisters who were SRA victims. They described being drugged and taken away in a white Rolls Royce to a house that resembled the one that I had told the police about. I lent Childwatch my wedding album and the two sisters used the photos in it to identify some of their abusers.

The police were notified and the sisters questioned separately. They both identified their abusers. The police claimed that it was contaminated evidence and closed my case. The police had taken my wedding album to help them with their investigation

but they never returned it to me despite my repeated requests to have it back. To date I have never been given answers as to where these sisters are and if they’ve been interviewed since. My case was re-opened in 2012 when I went to The National Panel for help and they referred it back to GMP. It was later closed again.

My abuser remains a very major threat to children and it is tragic that GMP will not do their duty to thoroughly investigate him and refer his case to the Crown Prosecution Service for him to be prosecuted.

He is always trying to gain access to more children. When I was a child my abuser volunteered to “help” children’s charities and he abused children from the local children’s homes. At one point when the police were investigating him as a result of my allegations of SRA against him he was trying to get permission to set up and run a nursery for 40 young children. Fortunately as a result of the then ongoing police investigation into him the Local Authority refused him permission to operate a Children’s nursery. That saved many young and vulnerable children from being subjected to SRA but due to GMP’s negligence regarding my case he has been left free for many years to keep on targeting children.

Like me, many other UK SRA survivors are also being disbelieved, intimidated and silenced because of the extensive cover-up of SRA in Britain. This leaves children in our nation so vulnerable to being repeatedly abused and tortured by Satanist Ritual Abusers.

The Satanist Abusers hide behind the scepticism and indifference of others. But there is plenty of hard evidence that SRA exists in the UK, including the several successfully prosecuted SRA cases in our nation.** Unfortunately, for every one successfully prosecuted SRA case in the UK there are so many more that are not thoroughly investigated or prosecuted because the authorities refuse to do their duty, as has happened in my own case.

Wilfred: How did you become a Christian and what difference did it make?

Vicky: My brother said that I would only get better if I went to Church. I replied: “What on earth do I want to go to Church for, where was God when we were children?”  Tearfully he said: “Don’t you know that Jesus died for you?”

I saw such a change in my brother since his encounter with Jesus that I attended our local Church. My journey of faith began with tears streaming down my face as I encountered God’s Love. The battle for my soul began to deliver me from all evil as we say in ‘ The Lords Prayer . ‘

I used to operate a successful beauty salon. I am married with three children and now run a Holistic Christian Ministry called ‘Christoria’. Its work includes helping other SRA survivors and warning people that some beauty treatments on offer are Occultic.

Witchcraft in our country is dressed in suits and overalls to make it more acceptable to an unsuspecting public.

Wilfred: What warnings would you give regarding Halloween, the Occult and Satanism?

Vicky: Occultic influence is increasing in the UK with many Satanists being in positions of power and trying to influence and take over our society. Halloween is the most important date on the Satanist Calendar. Halloween is a seductive gateway for people being deceived and youth being drawn in to the Occult and Satanism. Satan wants children and his agenda is to destroy God’s order for our society, which includes destroying the traditional Family.

The Bible states that during the End Times (Revelation 13) the Antichrist will be revealed. Satanists are preparing for such times. But is the Church prepared? It’s time for Christians to Wake Up and expose the deeds of darkness – including fully exposing SRA. We should make the most of every opportunity as the days are Evil .   (Ephesians 5 v 8-15). So far the Church has done practically nothing to publicly  expose the evil of SRA in Britain.

I am so grateful for my Salvation. God rescued me from the pit and put a new song in my mouth (Psalm 40). I endeavour to live for God’s purpose only ( Galatians 2 v 20 ) and bring others to repentance and salvation In Christ.

As Christians we should all want to hear the words when we meet our Saviour: ” Well done, good and faithful servant.” (Matthew 25 v 21 )

God bless you all in faithful service to Jesus our Lord.

To join the campaign against SRA, email Wilfred Wong: wilfred.wong@btopenworld.com

A list of successfully prosecuted Satanist Ritual Abuse cases in the UK is available on request from HEART publications.

Light shines in the darkness

Vicky Ash follows in the footsteps of others who were trapped in the occult and have found new life in Jesus.

A famous example is the late Doreen Irvine whose book, ‘From Witchcraft to Christ’, was seen as a landmark testimony.

First published in 1973, it is still in print (available from Eden Books), and has five star reviews from Christian readers. One reviewer says: “Doreen passionately preaches Christ and the great dangers of the occult but, as it should be, the emphasis is on our great Lord and Saviour.”

Doreen had been a Chief Witch until she went to an Eric Hutchings crusade to disrupt it and encountered a greater power. She experienced deliverance from 47 demons and went on to counsel others. 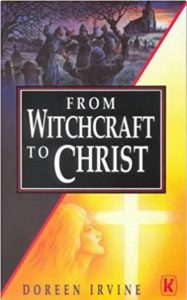 Vicky Ash has also escaped from deep darkness to warn others, while campaigner Wilfred Wong has fought to highlight cases such Vicky’s and to bring abusers to justice for many years.

He says, “I’m very concerned not to water down the reality of SRA to the point that people wrongly think that it’s not that bad or is just another form of child sex abuse.

“Satanist Ritual Abuse (SRA) is a brutal form of abuse of children, youth and vulnerable adults, consisting of physical, sexual and psychological abuse, and involving the use of Satanist rituals. SRA usually involves not only long-term sexual abuse but also the long-term physical and psychological torture of its victims.”

The problem for Wilfred and other campaigners is that sometimes the facts of cases seem too far-fetched, but the testimony of a courageous woman like Vicky Ash should give the lie to that; the challenge she now has is to pursue her fight for justice against an abuser known to her as a child who still cannot be named for legal reasons.

Both want the Church to realise that these gruesome cases are not as rare as we would like to think and that the younger generation is being lured into thinking that Satanism and witchcraft are acceptable.

One HEART Partner Pastor believes the advent of ‘Harry Potter’ made witchcraft acceptable; his ten-year-old daughter told him, somewhat bemused, that Halloween was her classmates’ favourite day, even more than Christmas. And anyone who has recently visited a primary school’s library may be shocked to see the volume of occultic children’s books as schools presumably buy them in the hope that ‘spooks and magic’ will encourage slow readers.

If you have a testimony of new life in Christ or wish to comment on this article, email 150-200 words initially to letters@heartpublications.co.uk

All emails will be assumed to be for publication unless stated.