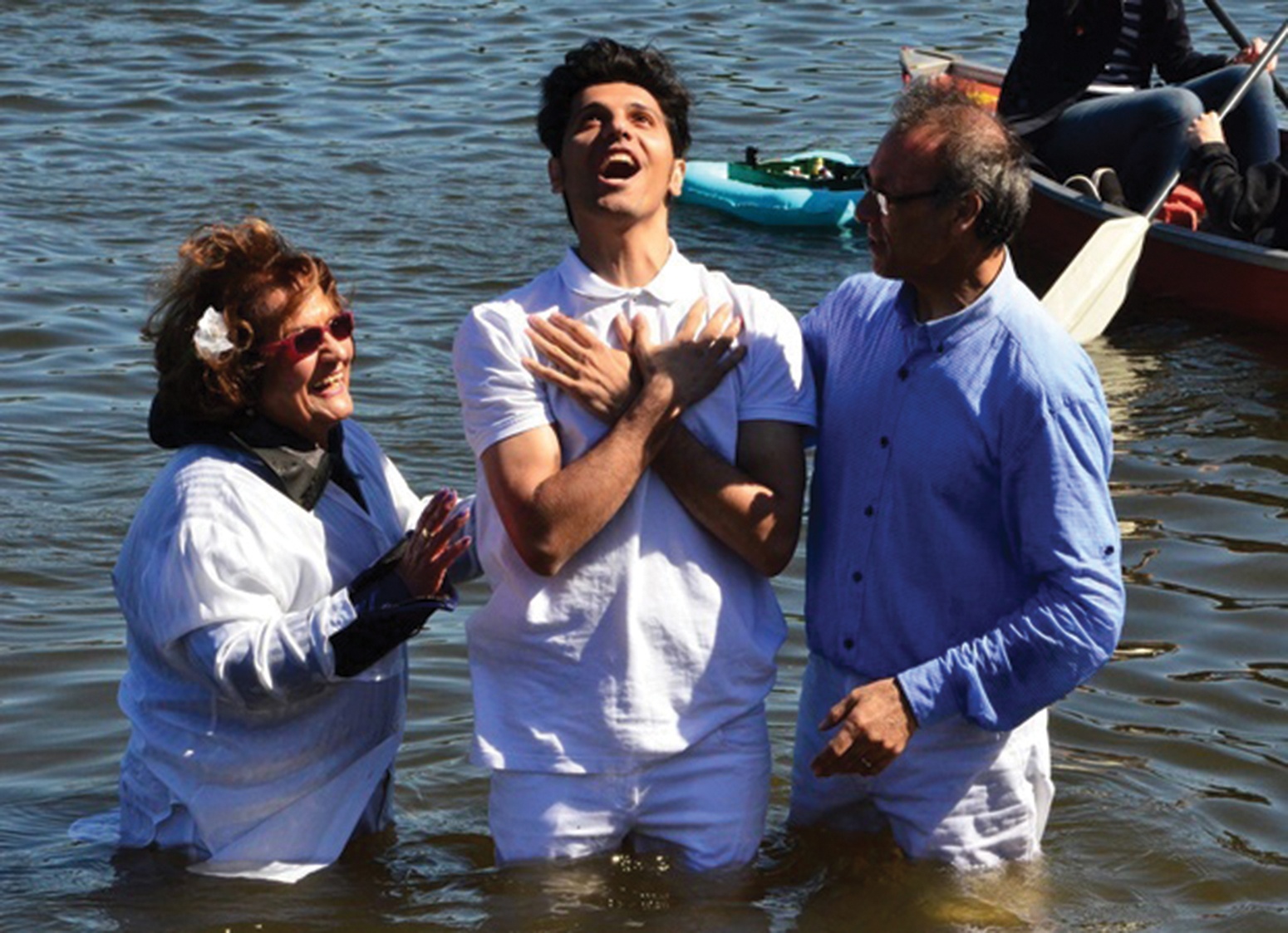 A Muslim refugee is baptised as a Christian in Hamburg

Christian refugees face routine oppression by Muslims in German camps – including being forced to participate in Islamic prayers, according to Open Doors. Volker Baumann of Action for Persecuted Christians (AVC) believes that up to 40,000 Christian refugees are persecuted for their faith in Germany.

But many Muslim refugees from Syria and other Islamic countries are becoming Christians while in Europe.

Pastor Albert Babajan recently conducted a mass baptism of over 80 converts from Iran and Afghanistan in Hamburg. He said that the converts were dissatisfied with Islam and were looking for something more. “The motive for the change of faith is the same for many: they are disappointed with Islam.”

Shima, one Christian convert who was recently baptised, shared about her conversion: “I’ve been looking all my life for peace and happiness, but in Islam, I have not found it,” she said. “To be a Christian means happiness to me.”

Another convert, Somaz, said: “In Islam, we always lived in fear. Fear God, fear of sin, fear of punishment. However, Christ is a God of love.”

In May, The Sunday Times ran a story headlined, ‘Germany’s Muslim refugees flock to become Christians.’ And Christian Daily reported in April that Muslim migrants in Austria are turning to the Catholic faith.

However, the refugees who convert are not safe in Europe. Austrian churches are regularly warned of death threats aimed at their new parishioners, and Iranian Christian news agency Mohabat News reported in November that an Iranian Christian was beaten up by a Muslim extremist in a German refugee camp.