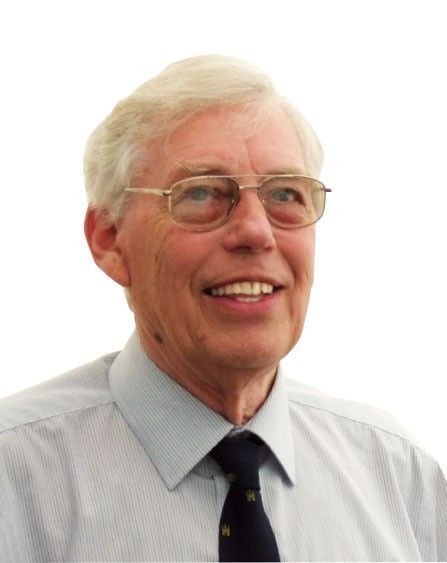 My study of Babylon and what happened to the Jews in exile in the 5th century BC after the fall of Jerusalem has really opened my eyes to a lot of things that I did not fully understand before. We often think of Babylon as a highly secular city totally immersed in commerce. Well, it was the commercial hub of the world at that time; it was the centre of world trade, commerce and finance, but it was certainly not secular – it was a highly religious city with many different gods.

Jeremiah wrote a letter (Jeremiah 29) to the Jews in the early part of the exile when they were really suffering from huge depression, hundreds of miles away from their homes in Jerusalem and Judah (see Psalm 137, “By the rivers of Babylon we sat and wept”). Jeremiah urged them to settle down and build community life, but also to pray for Babylon which meant getting involved in the life of Babylon. The Jews certainly did this and it was in Babylon that they developed their commercial and financial skills. Many families became rich and powerful as archaeological discoveries show. Ezra 2 describes the wealth they took back to Jerusalem after the exile.

Getting involved in the life of Babylon was an advantage but it was also a disadvantage. They were given great freedom to build community and family life but the temptation was to get involved in the social life of Babylon as well. This meant embracing the religion of Babylon which was based on demons. It was a mixture of astrology and divination. Each major city had its own god.

The four main gods of the region were: –

The priests of Marduk used a mixture of astrology and divination in their monthly predictions mentioned in Isaiah 47. Another group of priests specialised in the exorcism of demons and there are records of the exorcisms that they performed.

All the gods were believed to have their main seat in the far north beyond Babylon and Assyria in the land that Ezekiel calls Gog and Magog which we know today as Russia. It is interesting that the ancient gods of the City of London, the financial centre of the world, are said to be Gog and Magog. If you go into the Guildhall in London you will see statues of Gog and Magog which are sometimes paraded through the streets of London at the Lord Mayor’s Parade in November.

It was in Babylon that the great spiritual battle began between the demonic gods of Babylon and the God of Israel. Marduk was called the “god of creation”. Isaiah poured scorn on this in chapters 46 and 47. He mocked and taunted the gods of Babylon whom he said were just blocks of wood and stone who could not move and could not actually do anything. They had to be carried, in contrast to the God of Israel who carries his people.

Isaiah challenged the gods of Babylon to do something! In a kind of courtroom drama he challenged them to predict the future; to tell us what was going to happen so that we could judge whether or not they were true gods (Isaiah 41.23).

The major reason why God sent his people into exile in Babylon was not for judgement but for purification. He had to rid the people of Israel of dependence upon the monarchy and the temple. The people who went back were not fully redeemed and had never understood the message of Jeremiah, Isaiah and Ezekiel – the great prophets of the exile. They not only rebuilt the temple but re-established animal sacrifices, whereas Isaiah 56:7 said that it would be “a house of prayer for all nations”. So God allowed the Romans to come in who destroyed the city and scattered the whole nation.

The spirit of anti-Semitism took a paradigm leap forward in Babylon. It came out of the clash of gods: Marduk the god of Babylon and Yahweh the God of Israel. Who was the true God? The spirit of anti-Semitism which was laid bare in Babylon is really a hatred of God which goes right back to the Garden of Eden where the serpent is said to have enticed Eve to bite the forbidden fruit from the tree of life in order to be like God and know the difference between good and evil. This dispute is the clash between good and evil, light and darkness, truth and deception.

This battle of the gods remained dormant for 2,500 years, from the time of the exile in Babylon when the Jewish community was founded, right through to the early years of last century when, after the First World War, Britain and France and America started to carve up the old Turkish Empire and create new kingdoms like Iran, Iraq, Saudi Arabia, Jordan and Kuwait.

The Balfour Declaration of 1917 alerted the Arabs to the possibility of the people of Israel returning to their ancient land after 2,000 years in exile and the old enmity sprang to life.

Persecution of Jews in Arab lands began in the 1920s by the enforcement of Sharia Law that forced the Jews to pay a tax as second-class citizens. When Israel was officially recognised by the United Nations in 1948 the Arab states declared war. 130,000 Jews rapidly left Iraq and the area around Baghdad, formerly Babylon, where they had lived peacefully for 2,500 years.

Most of them fled to Israel, leaving their possessions behind – historical records and treasures passed down the generations for centuries. They were stored in the Great Synagogue in Baghdad but seized by Saddam Hussein. When American forces invaded in 2003 they discovered these ancient treasures in a secret hideout and took them to America. Today Obama, a former Muslim, is proposing returning them to Baghdad and giving them to the Iraqi Government despite repeated requests from Jewish relatives in Israel who want to study their history.

The spirit of anti-Semitism has spread around the world in the past 100 years, not only in Muslim lands but in the Western nominal Christian countries. It is not just a hatred of Jews; it is a hatred of God. We hate the Jews because they are known to have a special relationship with God.

So who was Herod?

Herod was never accepted as a king by the Jewish people. He was certainly not appointed by God or endorsed by the religious authorities of the day.

He was originally tetrarch of Galilee, a political appointment by the Romans. He was a Roman citizen and always alien to the Jews: his power always depended upon the support of Rome.

He came from a Greek family: his father was Antipater the Procurator of Judaea who appointed his second son Herod as Governor of Galilee but Herod killed his older brother and went to Rome where the Roman Senate appointed him King in 40 BC. He was not accepted back in Judaea so he raised an army and attacked Jerusalem which fell to him in 37 BC.

The Essenes and most of the Pharisees refused to swear an allegiance to him. His enlargement of the temple and other buildings were for his own self-aggrandisement.[/one_half]

Stripping away the veil over slavery

Clifford Hill’s new book, “Free at Last?” is published this April.  A prolific author of 40 previous titles, Dr Hill’s new book is the result of a longitudinal study covering the past 50 years in some of the inner-city areas involved in the riots of 2011 that began in Tottenham North London.

It uncovers a legacy of slavery that affects both black and white young people today in ghettos of poverty and unemployment of British cities. History has drawn a veil over the atrocities of colonial and industrial slavery for more than 200 years. “Free at Last?” strips away this veil to reveal a truth that affects our society today.

Having worked closely with leaders in the African and Caribbean-led churches in Britain, Dr Hill calls for a greater recognition of the work and unique position of the church to reach young people in inner-city areas, beyond the reach of other agencies.