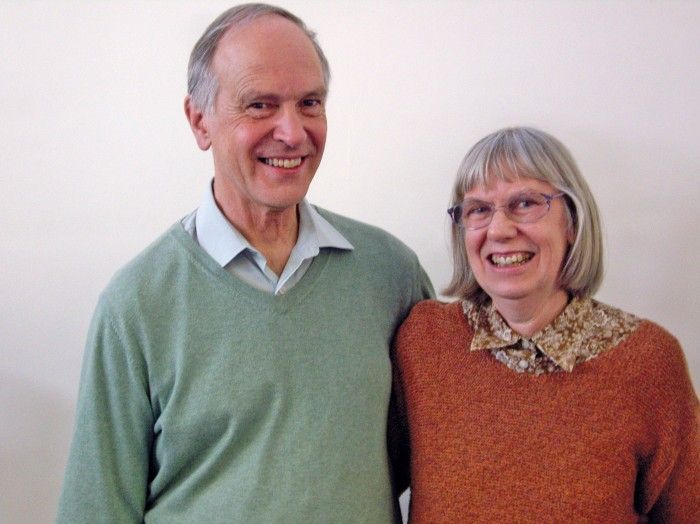 Philip Wren offers evidence that the crucifixion took place on a Wednesday, not Friday

If you’ve ever wondered why Jesus said he’d be in the grave for three days and three nights, when there is only a two-day gap from Friday to Sunday, here is the historical evidence to show that we’ve been mistiming Easter for centuries

THE GOSPELS RECORD THAT ON SEVERAL OCCASIONS JESUS FORETOLD HIS DEATH, ADDING THAT ON THE THIRD DAY HE WOULD RISE AGAIN.

Yet when some scribes and Pharisees wanted Jesus to prove himself by giving them a sign, Jesus responded by calling them an evil and adulterous generation who sought signs (Matthew 16:4, also recorded as Jesus speaking when the crowds around him increased in Luke 11:29).

He told them that the only sign that they would be given was “the sign of the prophet Jonah”.

What did he mean? He goes on to specify that for three days and three nights he would be in the heart of the earth. This of course mirrors the three days that Jonah spent in the belly of the whale.

Yet Christians almost universally believe that Jesus was only two nights and one day in the tomb [Good Friday to early Sunday morning] when Jesus had clearly said it would be three days and three nights.

In the spirit of always being ready to give a defence of the hope that is within us, how would you answer that criticism?

I will confess to having a non-conformist background which didn’t rate tradition very highly. Tradition is useful for keeping us together and the preventing chaos of everyone doing their own thing. But tradition isn’t necessarily the same as truth.

We know with certainty that Jesus died at Passover. This was the first of the three great festivals of the Jews when the whole nation was expected to gather in Jerusalem to worship God.

Passover was celebrated in the spring in the month of Nisan. The Feast began 14 days after the Sanhedrin had established that the new moon had been sighted. On the 14th Nisan the Passover lamb was sacrificed as a memorial to the events of the Exodus when God led Israel out of Egypt.

The 13th and 14th Nisan were the days of preparation for Passover. The historian Josephus records that due to the large numbers of lambs to be slaughtered [his estimate was 250,000], the priests started to kill the lambs on the 13th, while during the preparation the women cleaned their houses to remove all leaven (a biblical symbol of sin).

On the 14th in the Temple at 3pm the Passover lamb for the nation was slaughtered. The High Priest would shout the words “It is finished!” as the lamb was slain.

On the 15th Nisan at the start of the day, in the evening, the Passover Seder (meal) was eaten. The meal marked the beginning of the Feast of Unleavened bread which lasted seven days. The days which began and ended the feast were set aside as Sabbaths. During the week there would also be the normal weekly Sabbath.

Therefore in addition to the weekly Sabbath both the 15th and 21st of Nisan were Sabbaths on which no work was to be done.

Traditionally Friday has been accepted as the day of the Crucifixion. This would mean that the year Jesus was crucified, the Sabbath of the first day of the Feast of Unleavened Bread and the weekly Sabbath coincided.

One reason for questioning a Friday crucifixion is that Scripture indicates there was more than one Sabbath during the time when Jesus lay in the grave. In Matthew 28:1 the Greek word for Sabbath is plural.

Two Sabbaths explains the apparent conflict in scripture between Luke 23:55, 56 and Mark 16:1-2. In one verse the women buy the spices before the Sabbath, in the other they buy them after the Sabbath. The simple answer is that there was a day intervening between the first Sabbath (starting Wednesday evening – days in the Bible always start in the evening, at sunset, not sunrise) and the second Sabbath (a normal Friday night start).

Jesus rose on the first day of the week. Three days and three nights would be fulfilled literally if he was laid in the tomb as evening fell on the preceding Wednesday. His body would have then lain in the tomb Wednesday night, Thursday night and Friday night. He rose from the dead Saturday evening at the close of the third day, fulfilling the sign of Jonah, although his resurrection was not discovered until early next morning on the first day of the week.

How to organise a Passover meal

Click here to download a full explanation of how to organise and serve a Passover meal for your church group and friends. It was first printed two years ago and was written especially for HEART OF SUSSEX by chef Colin Nevin who has worked at the Tel Aviv Hilton and cooked for Prime Ministers Netanyahu and Blair.

More on this topic can be found in Philip Wren’s booklet, “The Year and Day of the Crucifixion”. Copies can be purchased from Trumpet Ministries, 48 Newlands, Balcombe, Haywards Heath, West Sussex, RH17 6JA. Cost: £2.00 each including p+p. Cheques should be made out to “Trumpet Ministries”. In the booklet there is a suggested chronology of events for Passion Week to fit a Wednesday crucifixion

“God loves older people and holds them in high regard”

Is mankind’s wickedness “as in the days of Noah”?