ONE REPENTANT NEO-NAZI, 22 CONVICTIONS AND A THRIVING FAITH 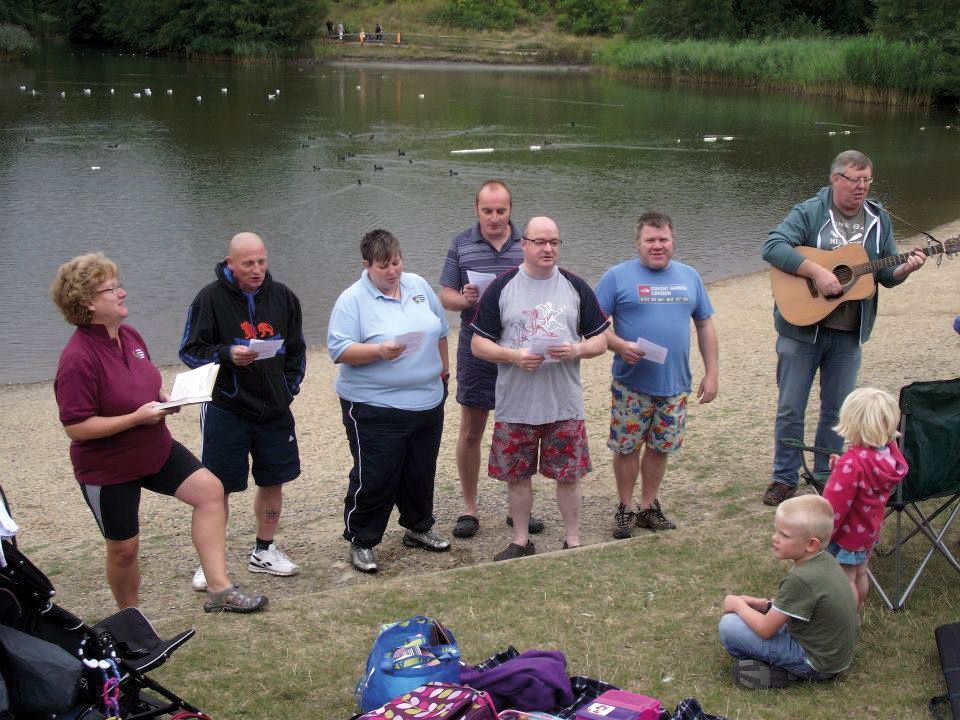 RACIST ORGANISATION COMBAT 18 is well underway with its preparations for the upcoming 125th birthday of Adolf Hitler. But they have certainly lost the support of one reformed Sussex man.  Former neo-Nazi Mark Galpin will celebrate two years as a born-again Christian in September. The baptised father of three and ex-husband of two wives, who would never miss a National Front meeting, shared his former life of racist aggression and radical transformation with Sam Finniear

MOST OF MY LIFE I HAVE BEEN A RACIST, with strong National Socialist views.

“I joined the National Front in the 1980’s and spent time with them marching on the streets, engaging in battles and attending demos. I never missed a meeting.

“Later I joined the BNP (British National Party), but my increasingly active approach was not supported by our leader, Nick Griffin, so I was asked to leave in 2002. Pushing leaflets through a letter box and waving flags really wasn’t my cup of tea.

“I had been waiting for an opportunity like Combat 18, a group that would act in a direct way. We sent letter bombs to left-wing activists, burnt socialist bookshops and formed our own music bands to promote what Combat 18 was all about.

“After a few years Combat 18 was recognised as a terrorist organisation and the government sent MI5 to shut us down. Most of us were sent to prison and for many years I was in and out of jail but I did not really care, as I thought I was fighting for my race.

“C18 was under strict surveillance and it was felt that we could no longer carry on. I was involved in setting up a new group called the British Freedom Fighters as a replacement for C18. It was decided that all members should be fully committed. We felt that a war of the races was coming and that it was up to us to lead the way.

“As well as fighting for our race we also collaborated with loyalist groups such as the Ulster Defence Association. We helped with funds for the UDA while in return they would give us the names and address of IRA supporters in England who would then be placed on our hit list.

“While I was campaigning with my racist friends, I had left my family behind. I was soon banned from seeing my children and with the watchful eye of MI5 looming over me I was in a dangerous place. Before too long an MI5 agent was placed in our group and made sure that all our plans came to nothing.

“In 2008 I had left Horsham and moved to County Durham. At this point I was with a new woman called Susan. I’ve changed her name for the sake of privacy. We were very much into the same things as she was a former member of C18 and we made a good team for a while, but I believe God was already working on me because my racist opinions were starting to weaken.

“I was placed on a job centre course and alongside me were three other people sent to do the course at the same time. One was black, one was homosexual and the other was a Jew. At first I would have nothing to do with them but, as the weeks went by, they helped me a lot and I began to think: “These guys are OK”. Within three months my racist views had gone.

“In June 2012, I was sent to HMP Durham for three months and when I came out I decided not to return to Susan but to spend three weeks back in Horsham with some non-racist friends. My views had changed and I no longer knew who I was. I just felt empty. After the three weeks I went back to Susan but within weeks I was thinking that I should be back in the South East.

“I loved Susan with all my heart but something was going on and it later turned out that this was God. One morning I just got up, looked Susan in the eye and said, “Right, I’m back off south.” Then I just walked out the door and returned to the South East.

“It took me two days to travel down from Durham and I came to stay in Southwater with a mate called Tony who I had met back in July. I could not believe what I had done. I was confused about what to do as Susan was not happy and hurting very much, but something had drawn me to the South.

“I was feeling very low and thought about pulling the plug on my life. Life was hard at this point and I could not see it getting any better at all. I turned to alcohol and my life took a turn for the worse.

“One morning, when I was very down, I received a phone call from a mate, Gerry George, who ran Crawley Healing Rooms. Gerry didn’t mince his words. He said: “Mark, get yourself over here and let me help you. Jesus wants to heal you and he is calling you now”.

“So I met up with Gerry, who told me about Jesus and how he died on the cross for me, and that he could set me free from all the pain and hurt. I knew that he was right. I had heard all this before but it never really meant much to me. But, now I was certain that Jesus was the answer. So I prayed and asked Jesus into my life but I felt nothing.

“The next morning was different; I felt alive. I saw that everything that had happened in those last six months was God sorting me out. God had taken all my racist views away, he had taken me away from Susan and brought me to Southwater. My conversion was on 18 October 2012 and I started attending Southwater Community Methodist Church, where I was baptised last September. Everything has changed; I have a home, lots of new friends, a wonderful church family and good Christian people helping me in my walk with the Lord.

“God has brought my kids back into my life, two ex-wives now talk to me because they have seen what God has done in my life and some of my old neo-Nazi mates have begun to change. I’m still only 45 and life with Jesus just gets better and better. I am not good at writing, and I don’t know many fancy words but what I do have is Jesus and by whatever means, those who cross my path are going to meet him too!”

Mark is now happily dating a woman called Bridget from his church and is actively involved in church activities. He is preparing for new employment by taking courses in Maths, English and IT and he hopes to take a course in diversity.

A life turned around by the love of Jesus

It’s been our great joy to get to know Mark and, as we listened to the amazing story he had to tell of a life turned around by the love of Jesus, we encouraged him to think about sharing his story. His testimony speaks powerfully of how even in the darkest and most difficult places God’s grace is at work calling people to him. Our God is indeed “Mighty to save” and we are grateful to Mark for sharing his testimony as a witness to that, and as an encouragement to us.

It is our privilege to support, love and pray for him as he continues his journey. We are sure that this is just the beginning, and that God has planned many more chapters in this incredible story!