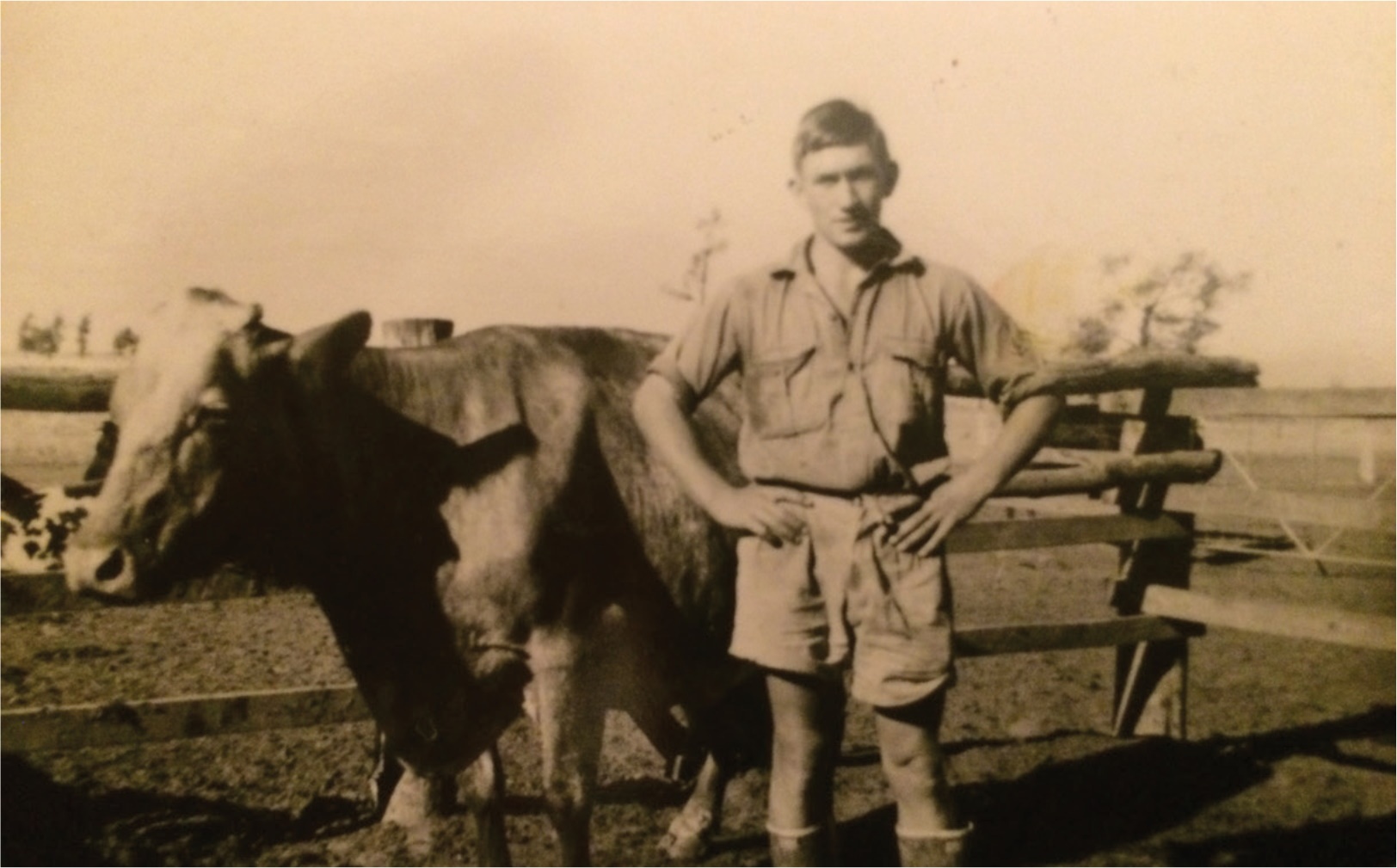 THE SIGHT of the city of Perth on the pink horizon caught the breath of the teenage boy standing alone on the ship as the waves lashed the bow.

It was Richard Hatt’s 16th birthday, but there were no family or friends present to celebrate. Both parents were dead – his father, Cpl James Hatt, blown up in a V1 bomb blast in the Second World War and his mother Ada from cancer.

Richard had travelled across oceans to reach Sydney, Australia from his home town of Maidstone, Kent. It was February 1955 and for Richard, it marked a new chapter in his young life.

Richard recalls: “My father’s brother George had been appointed my guardian as I was under age and had some behavioural challenges.

“Having seen an advert placed by the Australian government offering opportunities to young men, with sponsored passage, he believed this was a great opportunity for me.”

Richard already had farm experience and soon found a job on a dairy farm near Muswellbrook, NSW.

“Unable to adjust properly I left after nine months and returned to the organisation who offered me a job on a farm 30km from Deniliquin, NSW. “I enjoyed most of my time there, but lost contact with my family.”

Richard missed being part of a family. Born in March 1940, the youngest of three boys, both his parents were Christians who had met at a church youth camp. His dad volunteered for the army when the war began, assigned to a tank squadron and training base at Charing near Maidstone.

“After the war my widowed mother went out to work, but in 1949 she had to go into hospital for breast cancer, followed by radiotherapy. This meant she had less time for us.

“In May 1953 a recurrence of the cancer took her back into hospital and my brothers and I moved out, never to return. For a while I was moved around until I got a farm job with digs in a nearby village.”

He combined school with the farm work until his mother died in January 1954; that March he left school to work full time on the farm.

That is how the teenage boy, still mourning the loss of his parents, found himself working on an Australian dairy farm, thousands of miles from home. Yet life took an unexpected turn when he suddenly discovered the friendship of God.

“One afternoon while milking the cows I started singing the hymn, ‘O come to my heart Lord Jesus, there is room in my heart for thee’, and at once I knew I was not alone.

“God had come into my life.”

In late 1959, Richard found his way back to England. Living in Yorkshire, he held down different jobs over the next decade, “never managing to renew family relationships or settling”. After meeting a girl, they married in 1969 and had two daughters, “my pride and joy”.

Life seemed good until she met another man. “After much wrangling she left, leaving my daughters with me.” Richard had to stop working to look after them, which meant leaving his tied accommodation and moving into a council house.

Richard then met Angela, who also had two children. She moved in with him and he got work as a houseparent at a local special school for boys with behavioural difficulties.

It was a teacher at the school who later helped Richard find a deeper relationship with God.

It happened when he helped out during a week’s break for the schoolboys in North Wales. During an outbreak of persistent rain, he and the teacher sat in the minibus.

“I shared my background with him and he shared the Christian message with me, pointing out that I needed to let Jesus into my life.” The teacher also encouraged him to seek the baptism in the Holy Spirit.

“I accepted Jesus into my life and on returning home I shared this with my partner, who then gave her life to the Lord, too. We were baptised together and duly got married.”

God has healed Richard and his wife Angela of “many hurts”, including, after 50 years, reconciling him with his two brothers.

He has also blessed him with “four wonderful grandchildren” and 39 years of marriage, “during which the Holy Spirit has been the third strand holding us together.”

How do I become a Christian?

BEING A CHRISTIAN is about a relationship with Jesus Christ, the only Son of the living God, who died in our place, to pay the price for our sin. Jesus rose from the dead because he was sinless. He desires to welcome you into God’s family here on earth and into heaven when you die.

To start this relationship, simply pray the prayer below; if you mean it, he’ll respond, because the Bible says that God looks at our hearts.

The churches featured in this paper will be happy to welcome you and explain the importance of daily Bible reading, daily prayer, baptism, being part of a congregation where the Bible is preached and believed, and telling others about what Jesus has done for you.

Dear God, I am a sinner and need forgiveness.

I believe that Jesus shed his precious blood and died for my sin.

I am willing to turn away from my sin.

I now invite Christ to come into my heart and life as my personal Saviour.