How call to prayer went national

Hundreds of groups around the nation took up the call to prayer over the EU referendum that we reported on last issue. Brenda Taylor shares feedback from the frontline 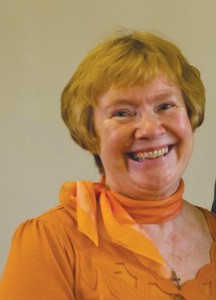 As a ministry we feel strongly about the referendum, because we have been on the journey for seven years, having heard the Lord speak clearly of the coming judgment on the EU. Current prophecies from reliable servants of the Lord have confirmed this stern warning. As a result, we felt to call a fast on 22 April, and continued praying next day, which was both Passover and St George’s day.

We needed to repent of the love of Mammon, as almost every argument for staying in the EU was financial. Yet there is little thought about how we are losing our moral compass.

There was a sense that the spirit behind EU was waiting to ‘devour’ Britain, that her identity would be swallowed, so her God-given destiny would not be fulfilled. Many felt there was a destiny to shepherd Israel yet to be fulfilled.

Britain was geographically separated from Europe in God’s purposes, and we were losing that special identity by creating our own boundaries, and sacrificing our sovereignty.

The Lord wants to bring a revival move of his Spirit to Britain, which would spread into Europe, so that grace would flow in the midst of judgment.

There was a fierce battle for the soul of the nation, but it was being fought in the heavenly realm as we prayed…

We should pray there would be no corruption in declaring the result.

Many groups decided to keep meeting because they had experienced such a unity in the Spirit.