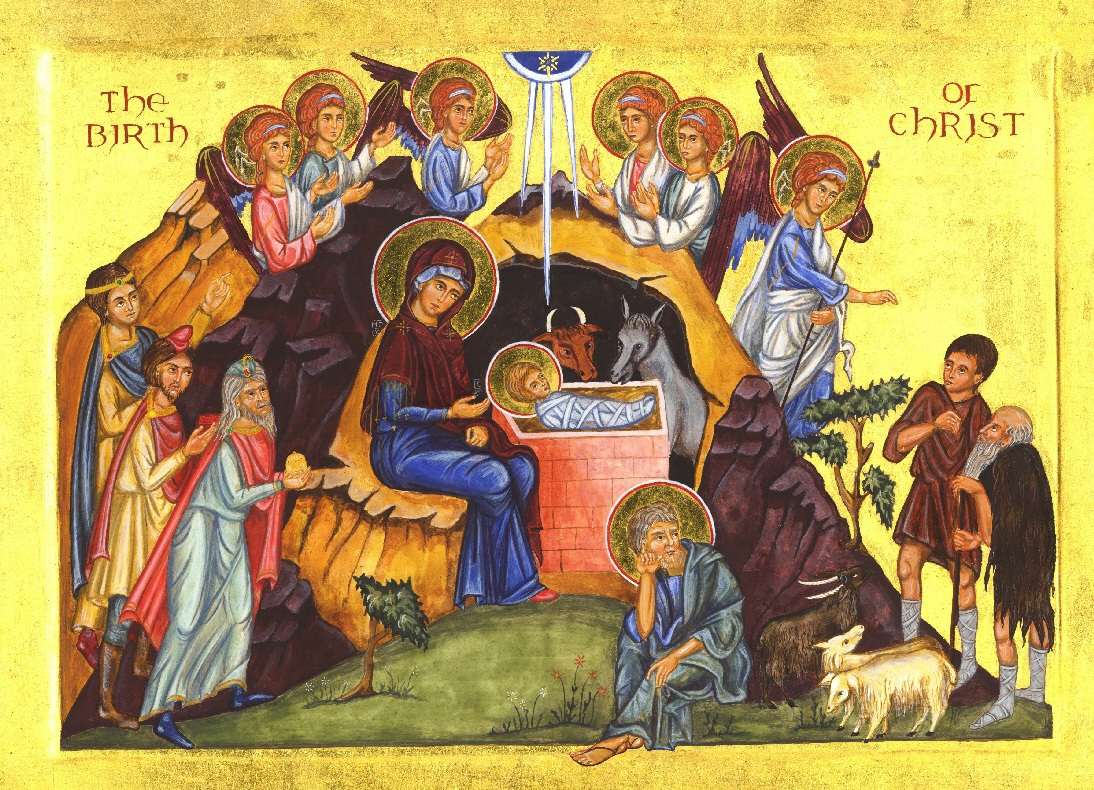 BETHLEHEM, JUDEA (ANS – December 21, 2017) – Whatever you may think as harassed shoppers or parents, Christmas does not come too soon. It’s an example of God’s perfect timing, though I appreciate that the Messiah’s actual birthday was more likely to have been during the Feast of Tabernacles.

There was precise timing in the divine coming nevertheless. Naturally speaking, the Christ child should have been born in Nazareth. But because Caesar intervened and ordered a census, the holy family were forced to travel some 80 miles to Bethlehem (the town of David, from which their lineage was traced), thus fulfilling the prophecy of Micah: “But you, Bethlehem Ephrathah, though you are small among the clans of Judah, out of you will come for me one who will be ruler over Israel, whose origins are from of old, from ancient times.” (Micah 5.2)

The stars lined up with such precision, and in such brilliance, that the Wise Men were able to follow the light all the way to the little town near Jerusalem, where the flawless sheep were traditionally prepared for Passover. And the shepherds on the surrounding hills were perfectly placed to respond to the angelic call to come and worship the new-born King, also to become the Good Shepherd leading his flock to fresh pasture.

Among the precious gifts the Wise Men brought was myrrh, a prophetic statement of the Messiah’s sacrificial death to come as the ultimate Passover Lamb, when he would die on the cross for the sins of the world – myrrh was used for embalming the deceased for burial.

Bethlehem means ‘House of Bread’ and indeed Jesus was to describe himself as the “bread of life” (John 6.35) whose body (symbolised by the bread of communion) would be given for us, his death bringing us life. Jesus adds: “Whoever comes to me will never go hungry, and whoever believes in me will never be thirsty.”

So the shepherds in the fields of Bethlehem and the Wise Men led to the infant King through a once-in-a-blue-moon lining up of the stars were all part of God’s perfect timing. Everything in God’s perfect plan was in the right place at the right time.

The Apostle Paul, referring to the Messiah’s sacrifice, writes: “You see, at just the right time, when we were still powerless, Christ died for the ungodly.” (Romans 5.6)

The gift of frankincense, also brought by the Wise Men, represents the fragrance of God’s presence and speaks of Immanuel, God with us, which is also the central thought of the Feast of Tabernacles celebrating the time when God made his presence known to the wandering Israelites in the wilderness – providing food, water and shelter in the parched desert environment.

Now, through the one born to be King (hence the gift of gold), God has actually taken on flesh to tabernacle (or live) among us. And at the end of his earthly ministry, the risen Lord promises to be ‘with us’ (his followers) forever, until the end of the age (Matthew 28.20).

The reality of God being with us came home very strongly to my wife Linda and I during our recent extended stay in Israel caused by visa problems. Not only did we base ourselves at a guesthouse called Beit Immanuel (Beit = house) but we also learnt perhaps as never before that He really is ‘with you’ when you trust him absolutely.

After all, we weren’t even sure if our bank account could stand up to the pressure, but in the midst of the storm, when the wind and tide is against you, Jesus comes into your boat and says: “Take courage! It is I. Don’t be afraid.” (Mark 6.50)

When you cast all your cares on him, he does indeed care for you. (1 Peter 5.7) He is in control – even over immigration officials and government departments.

And so we were able to enjoy the extra rest, relaxation and beachside restaurants the Lord had graciously provided for us. And documents we needed to board our re-booked flight home arrived in the nick of time – God isn’t in a hurry, but he is punctual. He came at just the right time for you and I to receive him and make him Lord of our lives.

The Apostle John records: “He came to that which was his own, but his own did not receive him. Yet to all who did receive him, to those who believed in his name, he gave the right to become children of God – children born not of natural descent, nor of human decision or a husband’s will, but born of God. The Word became flesh and made his dwelling among us…” (John 1.11-14)

The new-born King of 2,000 years ago desires to make his presence known this Christmas with many new-born believers!

Why not turn the words of this carol into a personal prayer? “Oh holy child of Bethlehem, descend to me I pray; cast out my sin and enter in, be born in me today.”

GOD’S VIEW: A peek at the Wilderness, where God made his presence known to the ancient Israelites. The stunning Ramon Crater, seen here, is said to be visible from space. Photo: Linda Gardner