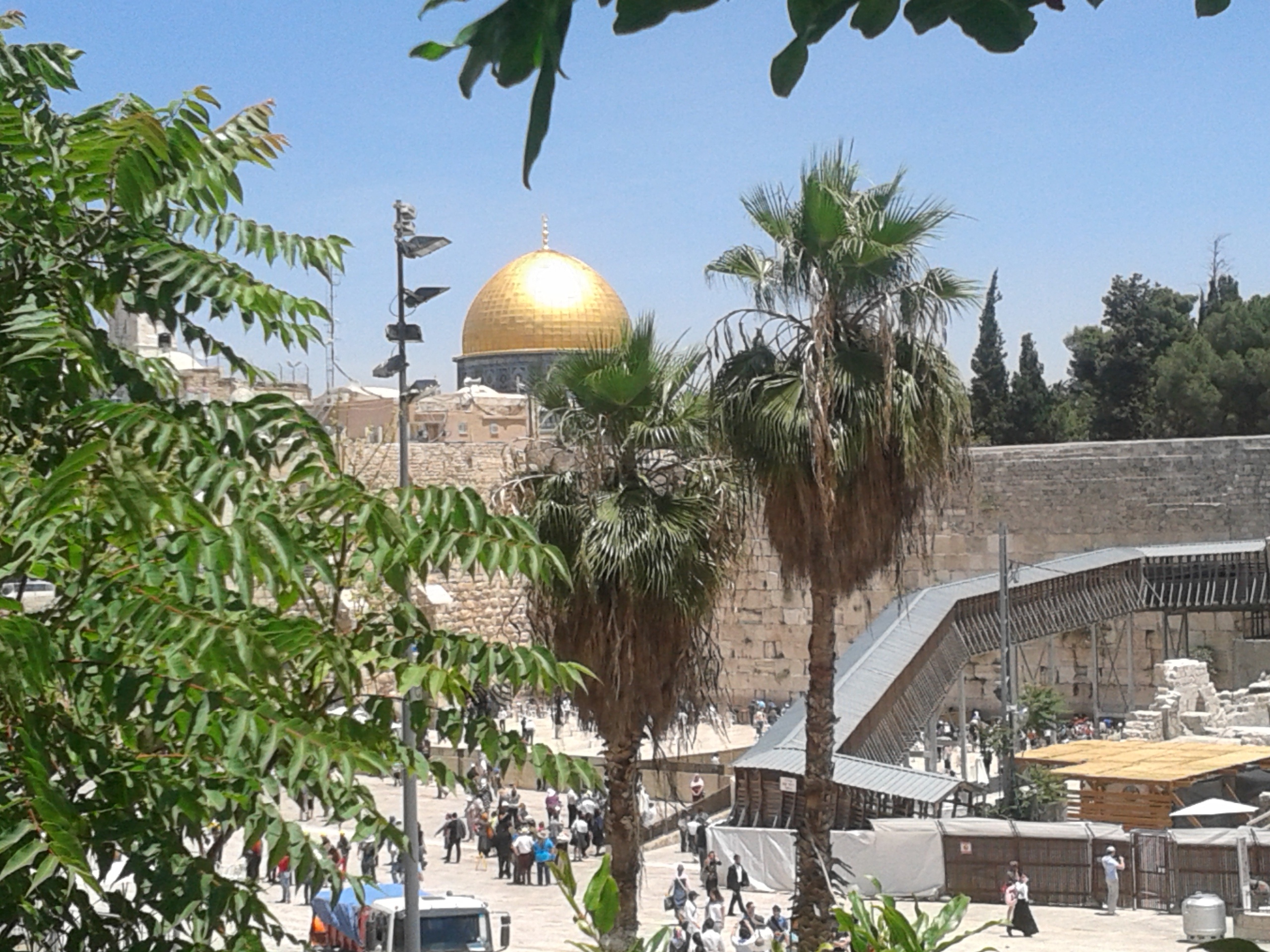 Trump move could provoke Armageddon scenario, but God is in charge

While the West continues to indulge in the most bizarre forms of political correctness1, the Middle East is bracing itself for a possible Armageddon scenario involving nuclear weapons.

The decision of President Trump to recognize Jerusalem as Israel’s capital as a probable first step towards moving the American Embassy there could well be a catalyst for a battle of the ages.

But it’s nevertheless the right thing to do. For at some stage, difficult decisions have to be made and truth has to be acknowledged.

Are we about to see the fulfillment of Zechariah’s prophecy that God would make Jerusalem “a cup that sends all the surrounding peoples reeling” and “an immovable rock for all the nations” (Zechariah 12.2f)?

Iran, meanwhile, is actually trying to provoke such an end-of-world cataclysm by establishing military bases close to Israel’s Syrian border, according to Ryan Mauro, an expert on Shiite religious dogma. Their leaders, he argues, are motivated by a desire to fulfill Shia prophecy of a showdown with the Jewish state that will prompt the coming of the ‘Mahdi’, an Islamic messianic figure.2

Since both Jews and Christians are also looking for their Messiah, the scene is surely being set for an apocalyptic conflagration. And it seems tragically ironic that, with the Western world having largely convinced itself there is no god, a global conflict over spiritual roots threatens us all. Though a modern, secular state, Israel’s ancient roots in the Holy Land are undeniably spiritual. According to the Bible, they are specially chosen of God and wouldn’t have existed without him.

Iran has frequently threatened to destroy little Israel, which is why Israeli Defense Minister Avigdor Liberman accuses European leaders (representing Britain, France and Germany) of a head-in-the-sand attitude – “exactly like they did before World War II” – in opposing President Trump’s weakening of a nuclear deal hardly guaranteed to protect a highly vulnerable Jewish state.3

At the same time the United Nations, the very body which conferred international legitimacy on Israel 70 years ago, now seems to have fully adopted the Iranian/Palestinian position denying Jewish claims to the land, and in particular Jerusalem – a re-writing of history that has completely deceived media and politicians across the globe. In 1947 there was no Palestinian state, nor even a Palestinian people, but we have been taken in by a propaganda machine just as shocking and efficient as that run by Hitler’s spokesman Josef Goebbels. 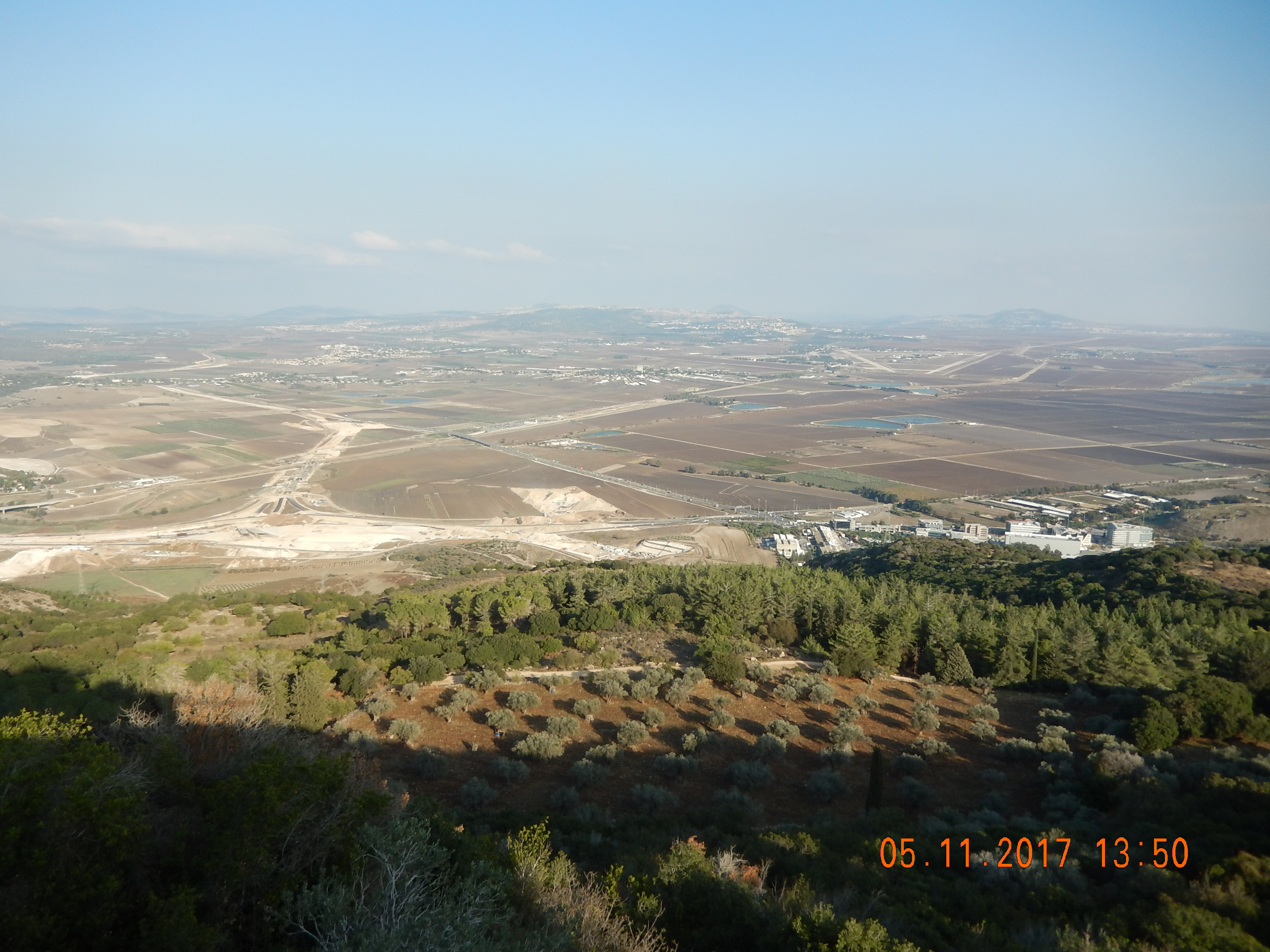 Even parts of the Arab world are speaking against this deception. Kuwaiti columnist Abdullah Al-Hadlaq told a TV station: “Like it or not, Israel is an independent and sovereign state…” and those refusing to recognize it are “countries of tyranny and oppression”. He too makes the point that when Israel was established in 1948, there was no state called Palestine. “There is no occupation,” he adds. “There is a people returning to its promised land.”4

In this age-old battle for truth, God himself delivered a ‘trump’ card back in 1963 in the form of ancient documents discovered among the ruins of a 2,000-year-old mountaintop fortress overlooking the Dead Sea where Hebrew University archaeologists were excavating the palace of King Herod. And I was there, atop Masada, just weeks ago. These Dead Sea Scrolls – the first were found just up the coast in 1947 – contained Psalms 81 to 85. Significantly, Psalm 83 paints a completely up-to-date picture of Israel’s enemies plotting to destroy them “so that Israel’s name is remembered no more” (v4). Also found in the dig were 17 silver shekels dating from around 70 AD and inscribed with the words ‘Shekel of Israel’ and ‘Jerusalem the Holy’.5

The idea of Jerusalem being significant for Muslims is described as “nonsense” by Egyptian scholar and novelist Youssef Ziedan. “The Al-Aqsa Mosque in Jerusalem did not exist back then (when the Koran was written), and the city was not called Al-Quds” he pointed out on television in 2015.6

As European leaders continue to betray Jews by defending so-called Palestinian rights, they are also turning a blind eye to the horrific plight of Christians in the Middle East while Arabs are killing each other and, in a bid to win Western support for their cause, Palestinian parties Fatah and Hamas put on a sham united front which is meaningless as the latter refuses to disarm.

Far from being united in opposition to Israel, the vast majority of Israel’s Arabs – 73 per cent – feel a sense of belonging in the Jewish state, with 60 per cent saying they are proud to be Israelis, according to a new poll.7 In addition, hundreds of Arab Christians volunteer for the Israeli Defense Force each year while there are also many instances of Muslims abandoning their faith following dreams and visions of Christ – I have met one of them.

At the risk of over-simplifying the issue, it is not so much a case of Arab versus Jew as God versus the devil. The latter desires darkness and destruction for mankind, but God loves both Arab and Jew, along with the rest of us Gentiles. And his plan for us all is “life in all its fullness” (John 10.10).

I enjoyed very warm Muslim-Arab hospitality during my recent tour of Israel, and commend the proprietor of the Samaritan Restaurant in Sebastia, the ancient capital of Samaria, who served the tastiest food I sampled on our travels.

It’s worth saying, too, in view of the anti-Israel stance of many Western churches, that there is huge support from Christians on the question of Jerusalem, with over half-a-million signatories from 168 countries backing the city as the undivided eternal capital of the Jewish people through the so-called Jerusalem Declaration.8

One effect of today’s skewed Middle East narrative is that Palestinians get all the media sympathy for the plight of their refugees, warned in 1948 to leave their homes by the surrounding Arab states, who have never since followed up on their responsibilities.

But rare mention is ever made of the 850,000 Jewish refugees forced to leave Arab countries at the same time. Thankfully they have been successfully absorbed into Israeli society, while the Palestinian refugees and their descendants continue to be used as political pawns in an anti-Semitic game of chess.

But “God so loved the world that he gave his one and only Son, that all who believe in him will not perish, but have everlasting life.” (John 3.16) We are all included in his great plan of redemption. We have heaven to gain, and hell to shun, as we put our trust in the Jewish Messiah, Jesus. But woe to those who touch the apple of God’s eye (Zechariah 2.8)!

God will surely vindicate – and compensate – the Jewish people (Isaiah 54.17, Joel 2.25). “The day of the Lord” is near (Joel 2.1f); the battle of the ages is at the door. Make sure you are ready to meet the One who is coming back to reign.

1  The Girl Guides are to allow boys ‘identifying’ as girls to shower with girls — Christian Institute, quoted by Saltshakers on 2 December 2017