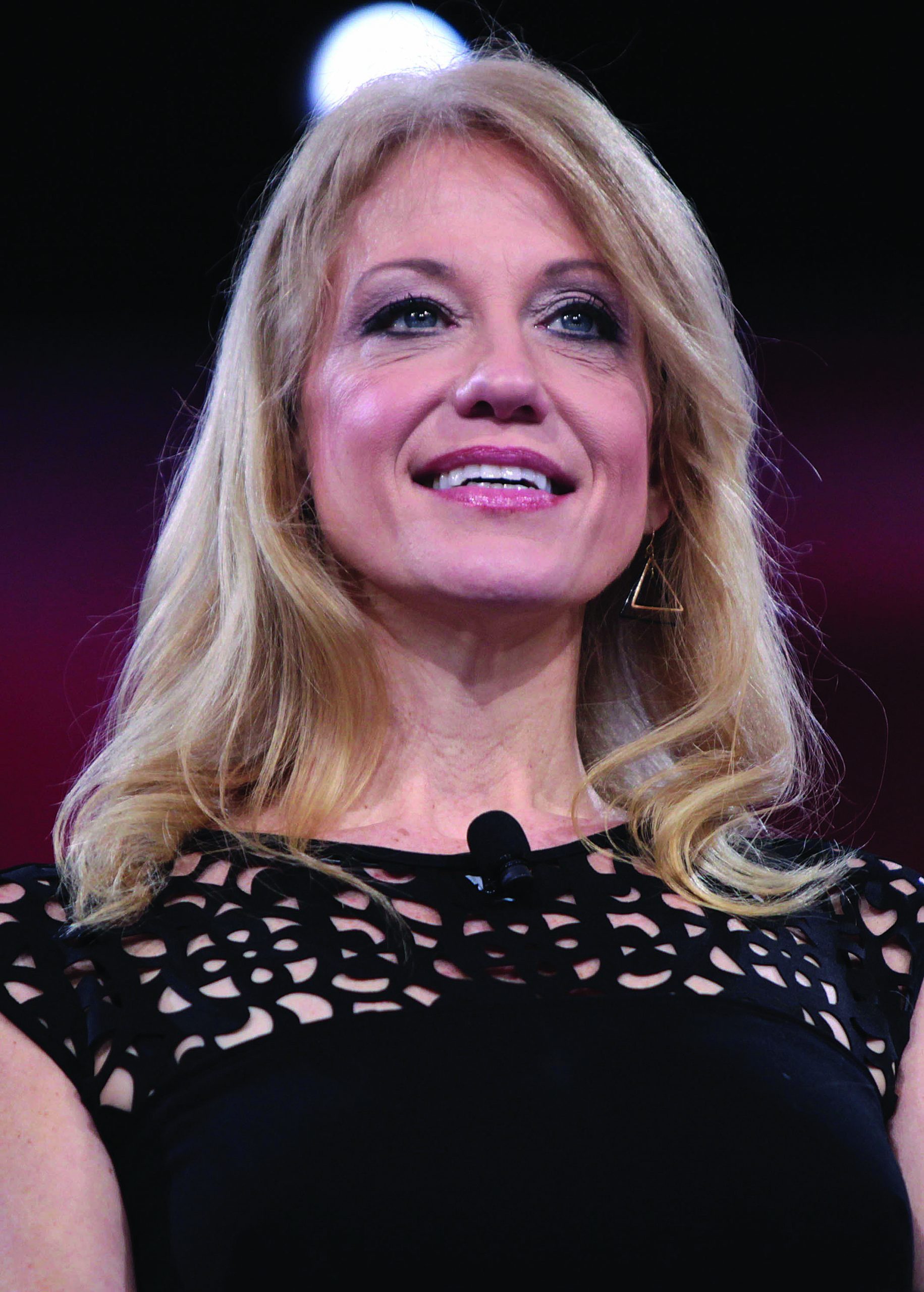 It has been reported that the new Trump administration has many Christians working for it. The most famous is Vice President Mike Pence. Perhaps the next best known, and all the more remarkable in view of the negative publicity around the new President’s attitude to women, is Kellyanne Fitzpatrick Conway. Not only did she organise Donald Trump’s race to the White House, but she was the first female campaign manager to win a US presidential election.

She is now Counsellor to the President, but says her faith has helped keep her success in perspective. A devout Catholic and pro-lifer, she says of her exalted position: “This is exciting and historic in its own way, but it is nothing compared to the universe in which we live, the God that I worship, and the totality of our lives.”

Her biggest achievement may have come late in her career, but the 50-year-old told the Washington Examiner that it is the right time for her: “I do believe that God placed me in this position at this time to do my small part to create an environment to allow Mr Trump to flourish.”

Her faith in that calling has been tested already. She has endured several controversies, including media mockery for famously coining the phrase “alternative facts” and criticism for carelessly endorsing the commercial products of the president’s daughter Ivanka Trump while in public office. Like the President, she needs prayer.