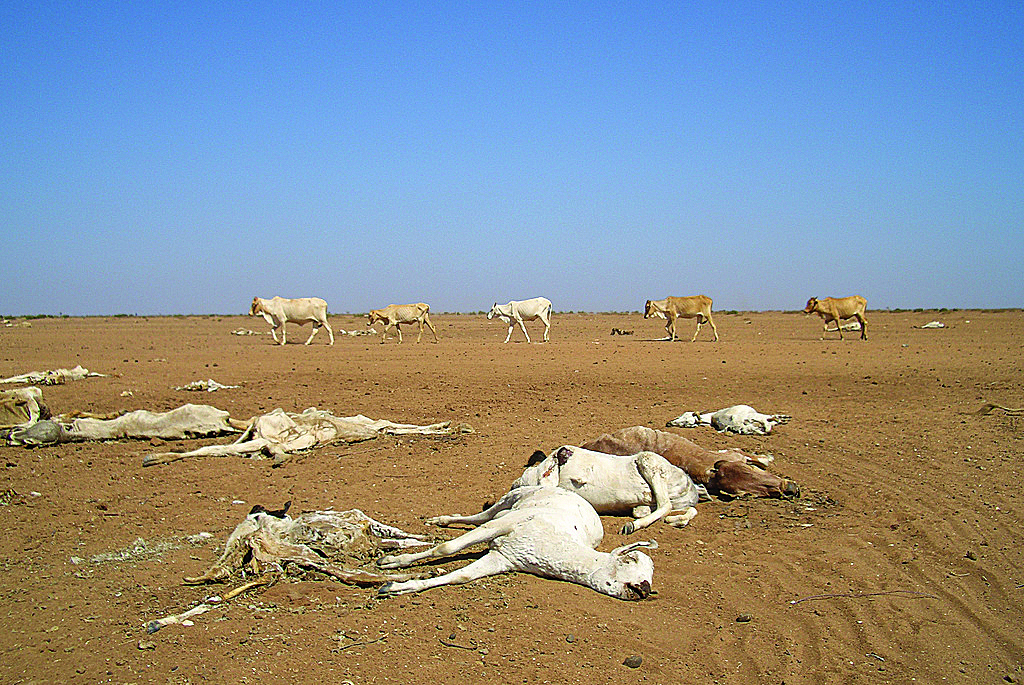 People weak with hunger cannot dispose of their dead livestock, which adds the threat of disease to that of famine

The famine in East Africa has rightly received a high profile in the media and international charities are appealing for donations.

Sixteen million people are on the brink of starvation after the worst drought for many decades, according to Barnabas Fund, which is trying to increase its food aid to reach 200,000 Christians. It told its supporters: “Crops have failed. Deaths have already started. People are eating termites and looking for lungfish in the former swampy areas which have now dried up. There will be no relief until June at the earliest, and then only if the rains have come at the right time.”

The Archbishop of the Church of Uganda, Most Rev Stanley Ntagali, says: “We are being overwhelmed with refugees from South Sudan.”

Barnabas Fund says it is already working through the churches in Ethiopia, Kenya and Uganda to feed over 100,000 Christians, including 70,000 South Sudanese refugees. Please help our brothers and sisters. And remember them in your prayers.”

Details of how to help are in Barnabas Fund’s insert in this newspaper.