A Swiss suicide facility has come under fire for telling patients to hide their intentions from their GP.

Literature given out by Eternal Spirit, seen by the Daily Express, warns people to be “very careful” about the extent to which they involve their doctor and carers when making plans to travel there.

The discovery was met with disbelief by the Campaign Director of Care Not Killing, Dr Peter Saunders. 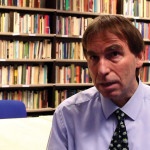 Speaking to The Express, Dr Saunders accused the clinic of “sowing distrust” in people’s minds towards their own GPs, the “very people responsible for their care and welfare”.

He added: “This rings loud warnings about what happens once assisted suicide is made a legal ‘treatment option’ for sick and elderly people. Keeping relatives, doctors and other advocates in the dark simply enables them to ply their iniquitous trade more effectively.”

The Eternal Spirit document tells patients: “You have a legal right to have a copy of your medical records without giving a reason, but even if you have a good relationship with your doctor, it is better not to reveal your intentions before having received the reports.”

Defending the advice, the head of the facility, Dr Erika Preisig, said “the problem” is that a lot of GPs would refer patients to a psychiatric ward because they would think they are a “danger to themselves”.

So far 15 British citizens have travelled to Eternal Spirit which is operated from Dr Preisig’s house in Basel, Switzerland. The doctor has also indicated that she would be happy to offer assisted suicide from the back of a campervan.

METHODISTS CELEBRATE THE RIGHT NOT TO FIGHT