Don’t give up meeting together! 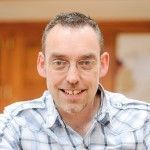 By Rev Simon Allaby, Pastor of Bolney Village Chapel and Director of the 6:19 Trust

It seems that while people may still believe in Jesus, they are losing faith in the Church

RESEARCH CARRIED OUT IN THE LAST FEW YEARS suggests that for every Christian who belongs to a church, there are now two who don’t. It would seem that while people may still believe in Jesus, they are losing their belief in the Church. It’s surely time to reimagine what a gathered community of Christians might look like and ask again why we meet, what we meet for, and who we meet for.

Why do we meet? – Camp Bastion

Camp Bastion was the British base for operations in Afghanistan – a huge community including shops, hospitals, recreational facilities, etc, but with one aim: to send people out to engage with the community outside. In a similar way the local church should primarily exist as a place from which people are sent out to extend the Kingdom of God through sharing the Good News of Jesus. Yes, of course we need times when we meet and relax as a family, and of course there are times when people need to be able to take time out to rest and recover from the heat of the battle, but the reason our community exists is in order to expand.

What do we meet for? – Charlie Bucket’s corner shop

In the same way that the corner shop was the closest that Charlie could come to tasting what really lay behind the factory gates, so the local church should be the closest that we can come to experiencing the Kingdom of God. Just as Jesus was often surrounded by crowd of people drawn to him by the proclamation and demonstration of the Kingdom that they saw and heard, so people should be drawn to the local church by the good news that they hear and see.

Who do we meet for? As good as it gets

In the 1997 film ‘As good as it gets’, Melvin, an obnoxious, racist homophobe, played by Jack Nicholson, is challenged by his female friend to pay her a compliment. He eventually comes out with the beautiful line, “Being with you makes me want to be a better person.”

The reason our community exists is in order to expand

It sums up the experience of so many in the Gospels who met Jesus and came away with transformed lives, not because he told them to change but because it was impossible to spend time in his presence and want to remain the same. In the same way the church needs to be a place where the love of God is so extravagantly and unconditionally manifested, that all who come are enabled to encounter the transforming presence of a holy God. The local church will never be a perfect community, but if we are intentionally outwardly facing, and if the signs of the Kingdom are expected and evident, and if all who come are loved and valued, then perhaps not only will we find those who know Christ wanting to leave, but rather those who do not know Christ wanting to join.

A longer version of this article appeared in the Church of England newspaper this July and we are grateful for permission to use this version specially shortened by Rev Allaby.

Simon Allaby lives in Bolney, West Sussex. He is married to Sarah and they have three children, a dog and a cat. Ordained in 1990, Simon has led churches in a variety of different contexts. In 2009 he became the founder and director of the 6:19 Trust, a role which he combines with leadership of Bolney Village Chapel. As well as speaking engagements in the UK, Simon has spoken and ministered in Burkina Faso, Nigeria, Pakistan, and Colombia and across Scandinavia. He is a recommended speaker for Christian Vision for Men, and regularly writes and records 60 second ‘Godspots’ for broadcast on UCB and Branch FM Christian radio. He is also an Associate Evangelist of J John’s Philo Trust.