Day of prayer for the nation, Swanﬁeld Chapel, Chichester

The urgent need for repentance and humility

While David Hathaway’s prayer for the nation event was happening in Wembley, around 80 people attended a parallel meeting in Chichester, led by Alan Crook on behalf of Prayer4UKToday. Guest speaker Roger French reminded us through 2 Chronicles 7:14 that the state of the Church determines the spiritual health of the nation, and that as we put our individual and corporate lives right before God, the Church will then influence the nation to act in a godly way. Each talk was followed by a prayer session. 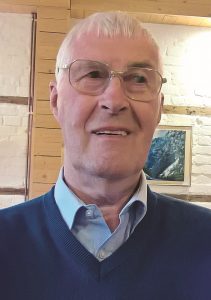 The second guest speaker, David Tidy from Prayer Warriors International, focused on the urgent need for repentance and humility in the Church before we can hope that the nation will return to God.
He suggested that we began the final session on our hands and knees in repentance. This led to suggestions of banging the floor and ‘praying in the Spirit’ in the vein of the Holy Spirit’s “groanings too deep for words” mentioned in Romans 8:26, which, while not everyone’s cup of tea, were enthusiastically taken up.