David Hathaway: Time is speeding up! 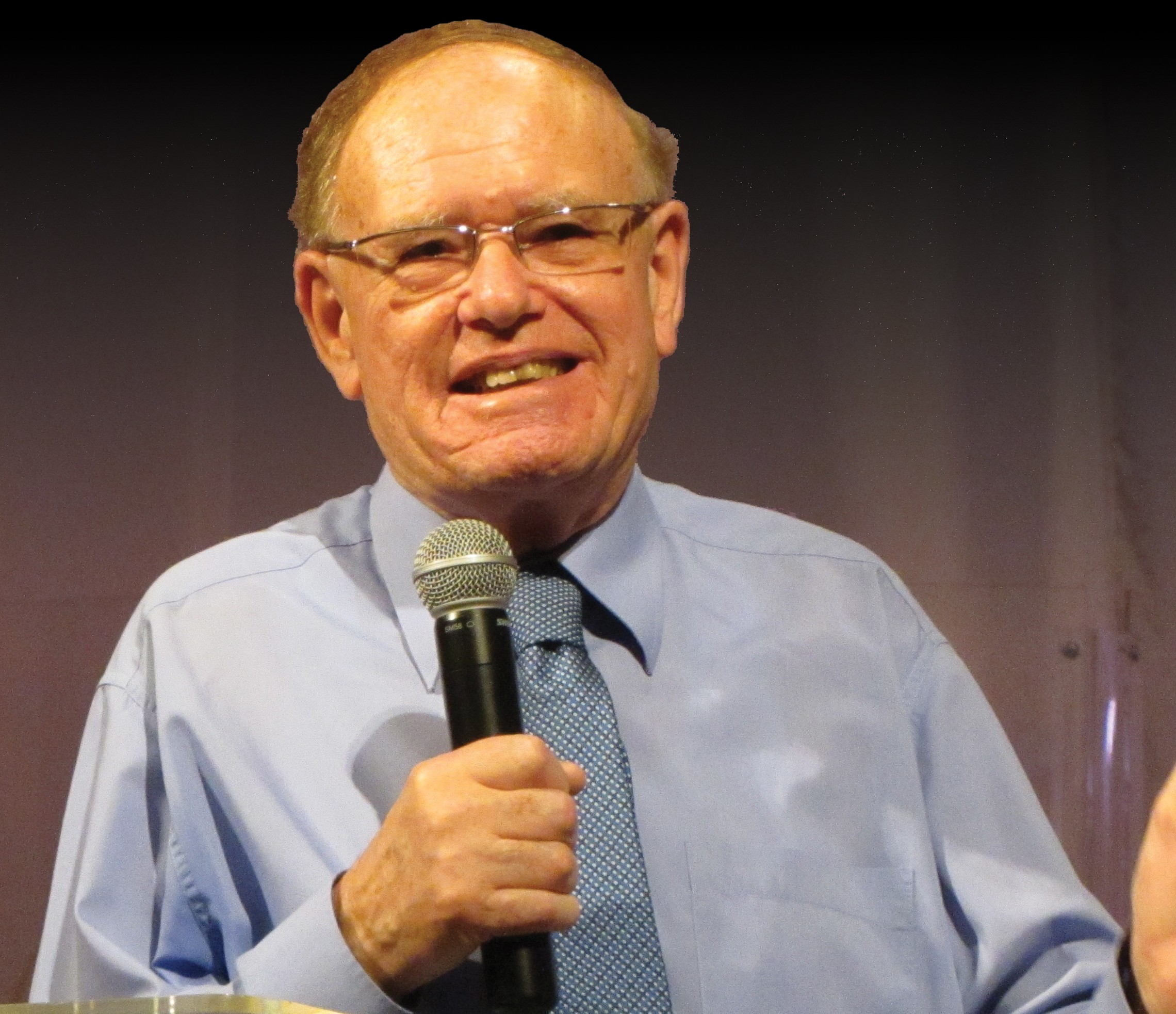 Evangelist David Hathaway spoke at All Saints Church, Eastleigh, in early November and Elim Church, Brighton, in October. Rev Mark Weeden, a pastor and evangelist who trains pastors in other nations, attended both meetings

David Hathaway, a well-known evangelist based in Dewsbury, originally pastored a church as a young man. Believing that God called him to an international ministry, he preached in Russia and behind the Iron Curtain, smuggling Bibles into communist-controlled Europe.

In recent decades he has held huge evangelistic rallies with many miraculous healings. Having himself been miraculously healed twice (doctors were confounded by the “before and after” scans of his throat cancer), 83-year-old David preaches with more energy than most 40 year old ministers

The essence of David’s message is that there is now a rapid escalation of time, prophecy and the Word of God. He believes that God speaks to him prophetically, and that when this happens, he must act. So this octogenarian had been in Israel the previous week, came back to the UK and immediately turned around to speak at a conference in Switzerland, before ministering to us sitting in a traditional Anglican church with a new vicar on fire for the Gospel.

Two days later David would be speaking to many pastors in Kiev, Ukraine to help churches divided over the desperate political and social issues facing that nation right now. Then he goes back to Israel, where he will be as this newspaper comes out.

With my own ministry to Africa and India (albeit on a far smaller and much less dramatic scale than Eurovision’s) it is interesting and encouraging to see the same heart and sense of urgency in another evangelist, facing very similar challenges of having to stir up sleepy Christians with the terrible fact that multitudes are perishing, on their way to a lost eternity, and having to finance ministry crusades with much bigger needs than most care to realise (and support.)

David’s ministry is not just the old-time Gospel of Christ dying at Calvary (it does not and cannot ever change) but is also completely up to date. Referring to Isaiah chapter 17 about the fall of Damascus (it is the oldest continuously inhabited city in the world), he explained that the current war in Syria is of huge political, religious and spiritual significance, and that our own nation is on the wrong side. Why? Because President Assad was successfully keeping the lid on the different factions within Syria. His brand of Islam, Alawite, is tolerant of others, which meant that Syrian Christians were safe.

The rebellion is not against Assad, but against the non-fundamentalist Islam which predominated in Syria. Assad, after all, used to be a dentist who trained in the West; his wife came from London and wears Western dress. On having to step into his father’s shoes, President Assad assumed the same role of strong man as Saddam Hussein and Colonel Gaddafi whose rule had also protected Christians.

David testifies to the Lord giving him prophetic revelation so clearly, that he can see outcomes long before others realise what is happening. He foresaw the Iron Curtain coming down and the collapse of Communism, as well as that of the Berlin Wall. Demonstrating the gift God has given him, he shared gripping testimonies with specific details and timelines.

The current refugee crisis, he says, will have great consequences if handled unwisely. We need to dig down to see what is really happening; that among the refugees fleeing for their lives (including many Christians), there are many Muslims following Islamic teaching to spread the faith and take over other nations by immigration. Once in the new nation, they can seek to dominate rather than integrate. They are successful through having larger families than the indigenous Western population; I have read that on average there are now 1.67 children born to non-Muslims, whereas Muslim families average 5-8 children.

His viewpoint may be controversial to many, but he soberly reminded us of the Chamberlain approach to problems in the 1930s. The consequences for Europe and our lives will be much more serious than currently believed.

Scare-mongering? A bit extreme? Not my Christian “cup of tea”? Or God’s man with God’s message for the lateness of the hour? With access to our own parliament, the Israeli Knesset and to leaders in several Eastern European nations, there are many senior politicians who take David Hathaway seriously.