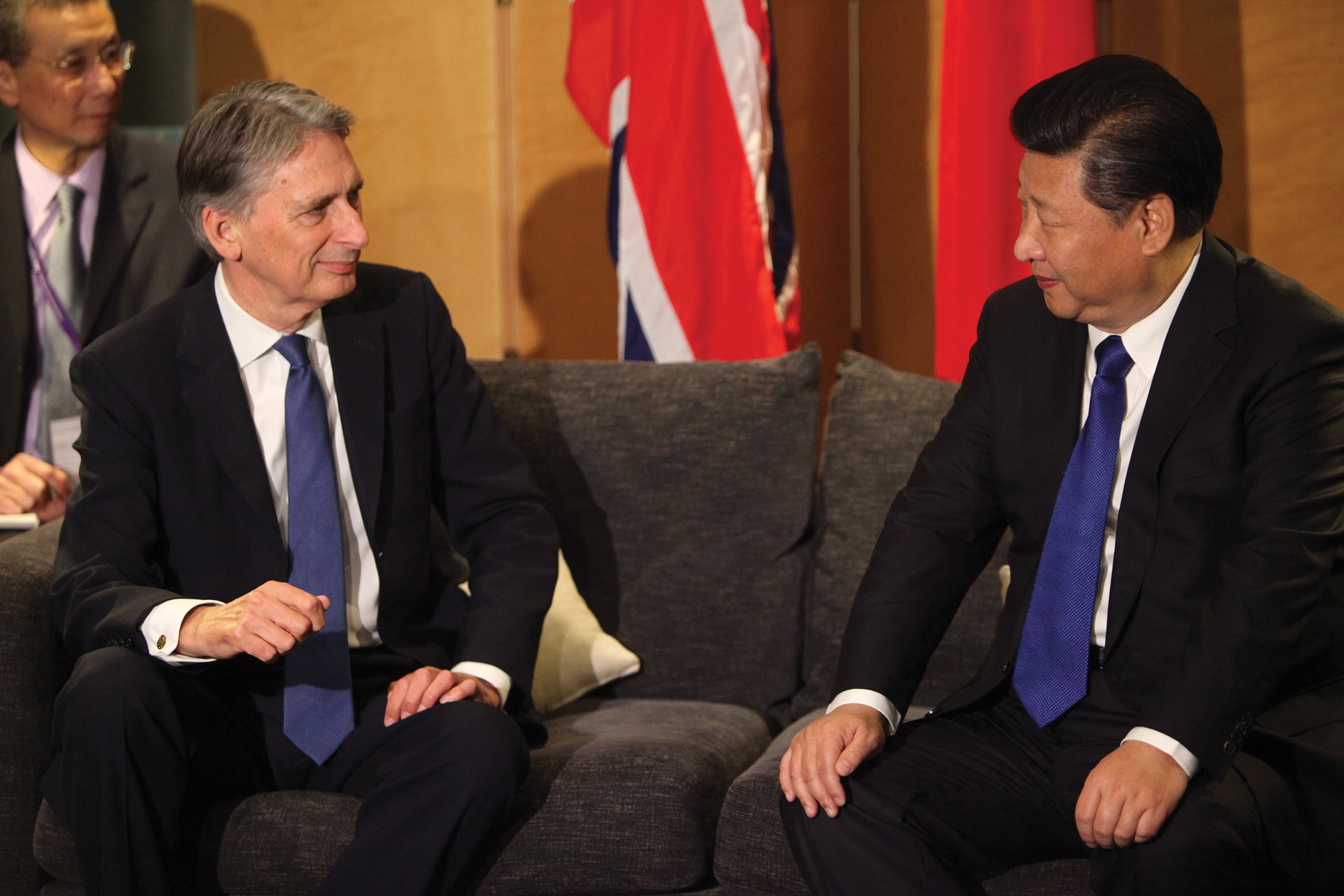 Strictly business: Foreign Secretary Philip Hammond in cordial conversation with the Chinese President; human rights were not on the official agenda

After that glittering State visit by the Chinese president, and despite there being more Christians in China (some 100 million) than Community party members (87 million), the suffering of Chinese Christians continues

I WAS INTERESTED IN CHINA FROM A YOUNG AGE and grew up with the stories of the great British missionary, Hudson Taylor, who started China Inland Mission (CIM).

I heard the stories of the Boxer Rebellion and of the American missionaries John and Betty Stam who were arrested by the Communists, imprisoned, and then marched 12 miles to be beheaded.  Persecution came to missionaries and converts alike.

Thankfully today, China’s stance on foreign missionaries is generally to expel them from the country.  For China’s own people, persecution is still common.

Chinese Christians, largely at the mercy of the local communist officials, face great personal loss, loss of property, vandalism, loss of employment, interrogation, imprisonment, ‘re-education’/labour camps, and even death.  The fortunate ones, those known to the world who cannot just ‘disappear’, are put under house arrest or made to wear location monitors.

China’s current President, Xi Jinping, was recently in London.  He neglected to speak about the persecution of Christians and those of other religions and the current campaign to remove crosses throughout China.

As recently as 4 November 4, the South China Morning Post wrote:

“Zan Aizhong, a Chinese Christian and former journalist was detained and questioned by Chinese authorities related to his writing in opposition to the removal of crosses in Wenzhou province.  China continues to be one of the worst violators of religious freedom and human rights, maintaining their ranking as a top country of particular concern according to the US Commission on International Religious Freedom (USCIRF).”

I lived in China from 2000-2009.  I went as a ‘tentmaker’ on an education visa and thoroughly enjoyed teaching students English.  I met my British husband, also teaching English, in 2003 and we married in 2005. While there, I and later we, were able to work with the Chinese believers in several different capacities and organisations.

One experience brought us to our knees in prayer for Peter, a Chinese pastor and friend who had been reported to the authorities.  He was given 24 hours to get his affairs in order and spend time with his family.  When the police came to detain him, he went willingly and with peace that God’s way was perfect.  Whilst being interrogated, he was asked directly:  “Are you the pastor of a church?”

Peter replied “Yes.” Peter chose not to lie. He chose to be bold and trust God no matter the consequence.

In the end, it was the truth that saved him.  Those in authority, though not believers, gave grace and told Peter that he would be allowed to remain the pastor and meet with Chinese believers as long as he and the other believers exhibited good citizenship and did not make trouble.  Had he lied, the authorities said the outcome would have been vastly different.

May God give us boldness to bring his light to the darkness and pray for those being persecuted in China and in other parts of the world.  (I Corinthians 2:5)

This first-hand report was given at a special ‘Folk Communion’ service in November at Brockham Church, Surrey