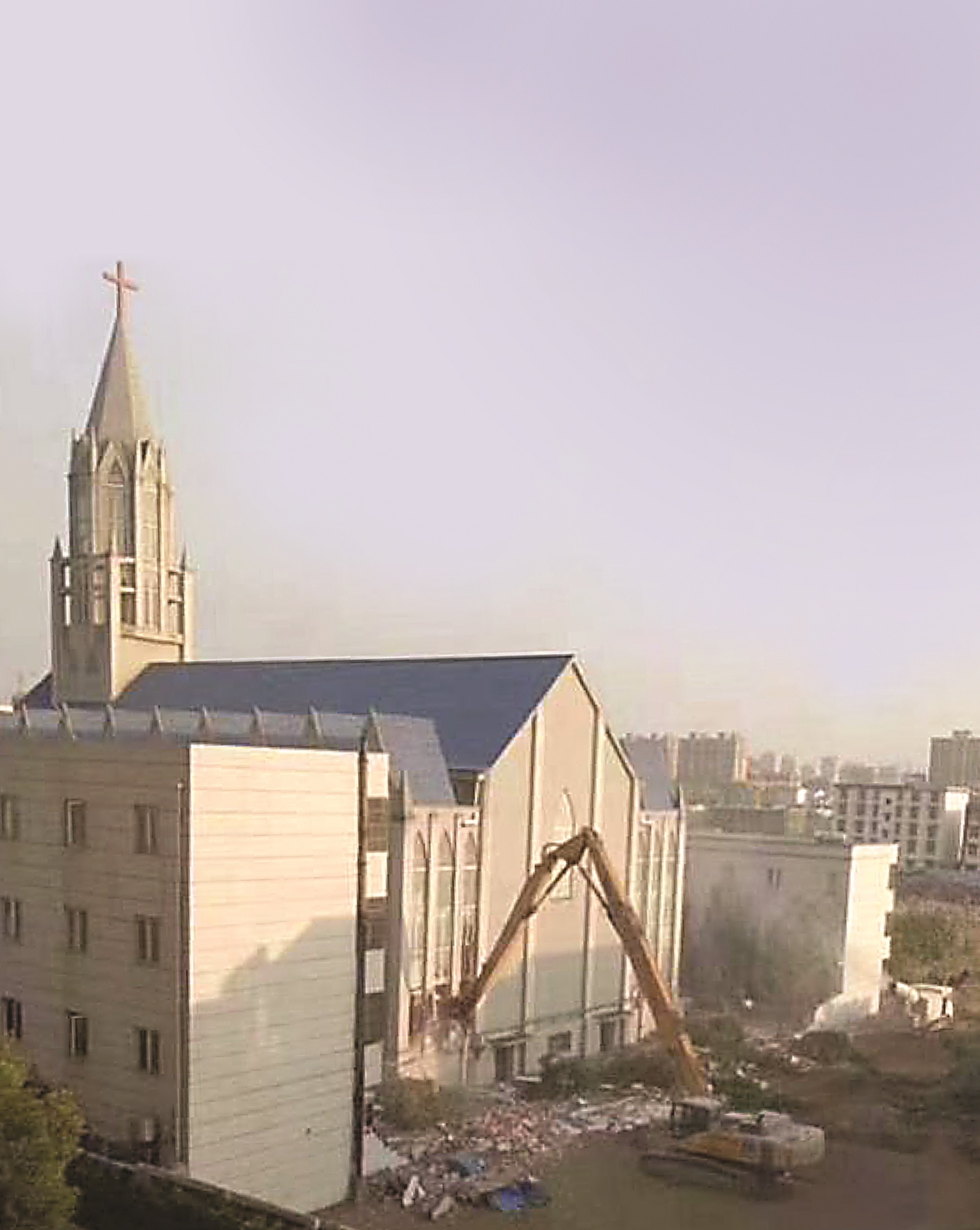 Bulldozers started demolishing the 3,000-seat Fuyang Christian Church in Fenan, Anhui province, during a worship service, while congregants were inside.

Not only were no legal papers presented, but it was a state-registered ‘megachurch’. Although no one was hurt, Pastors Geng Yimin and Sun Yongyao were later arrested.

China’s Communist authorities are tearing down churches, according to persecution watchdog ChinaAid.

This latest destruction came just a week after a church in Henan province was also flattened as over 200 people gathered for a service.

“You can’t take any children to church”

ChinaAid president Bob Fu says that Christians in official churches are increasingly being forced to leave: “Under the laws that have come out in February last year, you can’t take any children to church… The  [official state] Church will appoint your pastors, it will approve in advance the sermons that you can speak, what you can teach, and it will monitor by face recognition cameras all of those people who are going into church.

“So, it’s becoming impossible for many Christians within China to say ‘I can be part of that system’; they will be driven underground.”