Christian clerk jailed for beliefs campaigns to get her job back 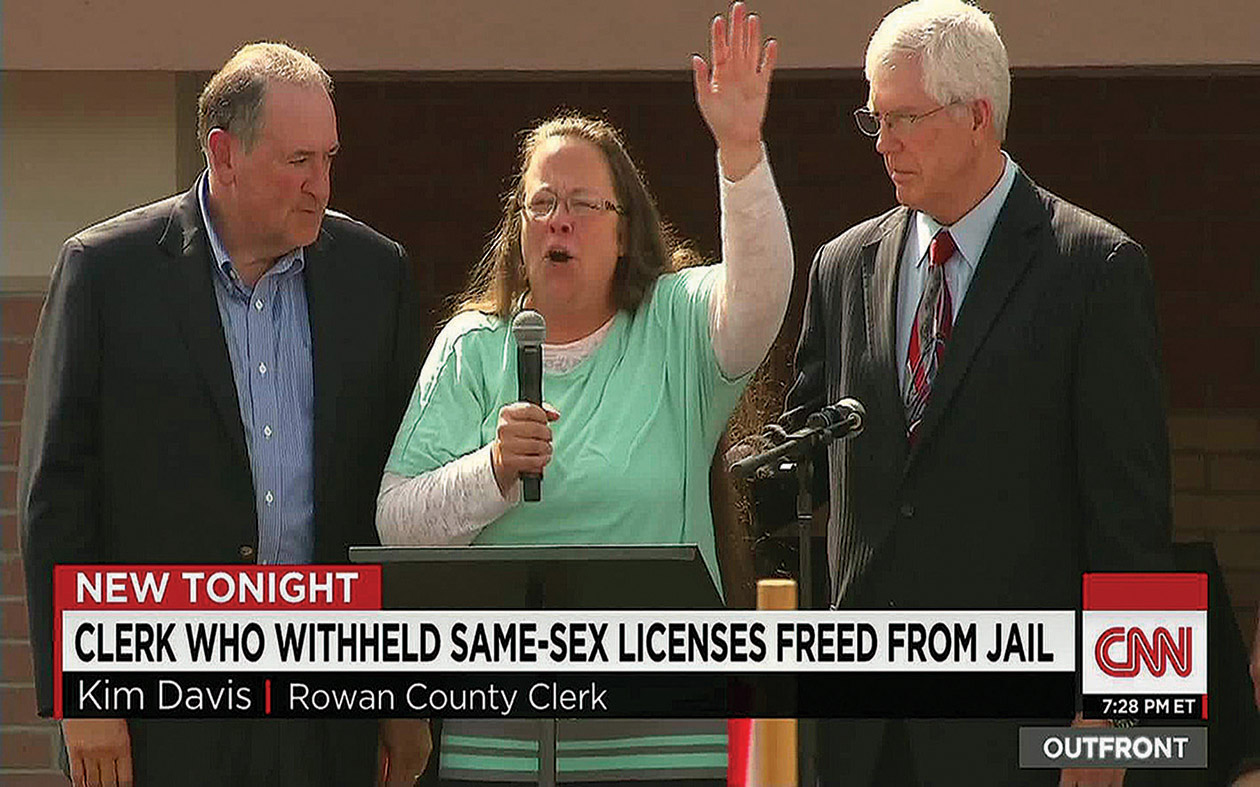 Kim Davis thanks God on her release from jail

A Kentucky clerk jailed for refusing to sign gay ‘marriage’ licences is running for re-election.

Kim Davis spent nearly a week in jail for her Christian convictions and garnered support from around the world, including the Pope. She said that, as a Christian, she believed marriage was exclusively the union of one woman and one man.

“It’s a heaven or hell decision,” Davis asserted. She says she has “no animosity toward anyone”, but refused to violate “marriage and God’s Word.”

In a bid to regain her job, an elected post, Davis has put herself forward as a candidate in the forthcoming election, but this time as a Republican. She switched parties after President Obama’s government imposed homosexual ‘marriage’ nationwide.

One of the homosexuals initially denied a Rowan County marriage licence because of Davis, David Ermold, is running against her.