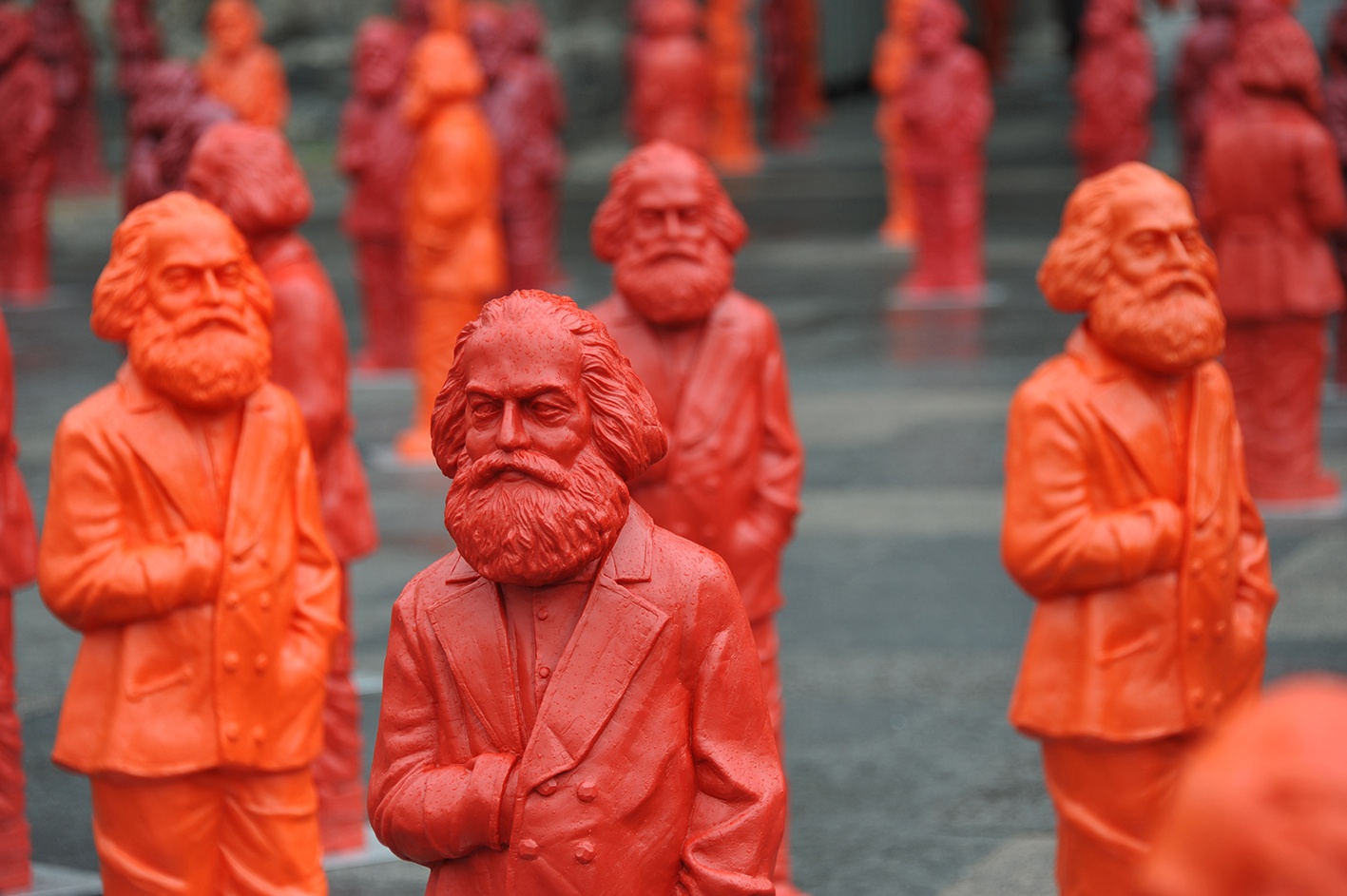 There is more at stake than leaving the EU, says London Assembly member David Kurten.  What kind of country do we want to be, and what do we want to do with our freedom?

Leaving the European Union should have been easy.

When 17.4 million British people voted to leave on 23 June 2016, they believed the government’s promise, sent in a booklet to every household in the country (at the cost of £9 million to the taxpayer), which stated: “Your decision is final. We will implement what you decide.”

Prime Minister David Cameron had promised to enact the result of the referendum immediately, but instead resigned. The rest is history, and now the UK is on its second prime minister and facing its second general election since the referendum.

The 19th century was a profoundly Christian era, where the UK abolished slavery and advanced freedom and civilisation across the globe

By rights, Article 50 should have been triggered immediately after the referendum and the UK should have become an independent, sovereign nation once more on 24 June 2018. The government should have insisted on negotiating a Free Trade Agreement in goods and services, with the UK and the EU recognising each other’s independence and regulations as advanced economies.

We should now have been free for the past year and a half, and finding our sea legs again as an independent nation, an Atlantic tiger being a force for good in the world as we were during the 19th century – a profoundly Christian era, where the UK abolished slavery at home and abroad, and advanced freedom and civilisation across the globe.

Instead, the government submitted to Mrs May’s ‘deal’, which was a ‘vassalage’ treaty; we are still locked into the EU and subject to all of its directives, regulations and rulings. This will continue even if Westminster ratifies Boris’s new treaty.

If we sign the treaty, the UK will be like Esau who traded his inheritance for a bowl of stew

If it is implemented, the UK will leave the EU Commission and Parliament, but still be bound to all their laws and judgements for an extendable transition period likely to last three years. Although we would be negotiating a ‘future partnership’ in this time, it could yet shackle us to the rule of Brussels.

Meanwhile there is a huge deception afoot to persuade the nation that we should sacrifice our full freedom and accept Prime Minister Boris Johnson’s treaty simply to “get Brexit done” because everyone is “tired” or “fatigued”.

If we sign this new subjugation treaty, the United Kingdom will be like Esau who traded his inheritance for a bowl of stew, whereas historically we have been a sovereign, independent nation that has resisted being subsumed by Europe’s successive empires.

The only way to fully regain this magnificent birthright is to leave with what is called ‘no deal’ but is really a clean-break Brexit.

If the UK does finally achieve a clean-break Brexit, however, it will be a cause for great celebration, but then another question arises immediately. What kind of country do we want to be, and what do we want to do with our freedom?

The EU is a great external threat to our nation’s very existence, but there is a real and present danger from internal threats, and the greatest of these is Cultural Marxism.

Marxism views free, capitalist societies as inherently unjust. It views the working class as being oppressed by capitalists, and suggests violent revolution as the cure and panacea for such injustice. To achieve this the intellectuals should inculcate class consciousness in the working class and then use them to instigate a revolution where they seize control of all property, businesses and power and collectivise it.

Wherever it has been tried, such as in the former Soviet Union, it does not lead to the promised Utopia, but brings grinding poverty, death, tyranny and a total eradication of liberty.

Marxists tried also to induce Communist revolutions in western nations like Germany, Italy and Hungary in the 1910s and 1920s but were unsuccessful.

They were perplexed as to why the Marxist intellectuals who were driving and agitating for revolution were successful in the East but not the West. Italian Marxist Antonio Gramsci wrote in his ‘Prison Notebooks’ (1929-35), that civil society was much stronger in the West and provided a bulwark against sudden violent revolution.

When the state trembled and fell, immediately a strong system of civil society revealed itself. The working classes in western countries were patriotic and far more attached to their nation, culture and institutions than in the East.

Civil society was indeed particularly well developed in England, having a long history and a culture founded on nearly 2,000 years of Christian belief and principles.

Gramsci and the Marxists of the Institute for Social Research at Frankfurt University (otherwise known as the Frankfurt School) suggested that in order to create the conditions for Communism to take hold in the West, civil society had to be eroded, undermined and deconstructed from within.

The Marxist student leader Rudi Dutschke perfectly summarised this plan as “the long march through the institutions”.

Marxist intellectuals would put on suits and infiltrate all of the institutions of civil society in the West in order to corrode and collapse society from within. This is Cultural Marxism and is no less revolutionary that the sudden, violently destructive Bolshevik Revolution of 1917 in Russia.

The difference is that it is slow. In some ways it is deliberately slow so that, like the proverbial frog in the boiling water, the hoodwinked sleeping citizens of the West should not realise that an enemy is deconstructing and destroying society from within until it is too late.

Alexander Solzhenitsyn wrote: “To destroy a people you must first sever their roots.”

The original Marxist ‘bourgeoisie-proletarian oppressor-victim’ narrative has been translated into a never-ending series of new oppressor-victim narratives based on cultural groupings and characteristics. This has the effect of dividing communities which could easily live together harmoniously if they were not continually stirred up into feeling oppressed by each other.

These narratives are used particularly to target Christianity and Christian belief, one of the original targets of Marx and Engels in the 19th century, which they well understood were the roots and foundations of western civilisation.

Christian views of marriage are deemed homophobic, transphobic and oppressive

Third and fourth wave feminism seeks to smash the patriarchy and attacks both the traditional family and masculinity. Christian views of marriage are also deemed homophobic, transphobic and oppressive to anyone identifying as ‘LGBT’. The orthodox Christian doctrine that marriage is between a man and a woman, and even the scientific fact that a person is the same sex as their anatomy have been deemed as ‘hateful’ so they can be suppressed and eventually outlawed.

There is no salvation in Marxism or Cultural Marxism, nor any forgiveness or gratitude. While it focuses on ‘social justice’, it is a world away from the social action of the Victorian era, where society was improved by people motivated by Christian love and charity.

The ‘social justice’ of the 21st century is a hammer to eradicate politically incorrect views in general, and Christianity in particular. Christians are losing their jobs in the fields of education, psychology and law for having the wrong opinions. Some have been dragged through the courts for Christian belief.

We are nearly at the point where people are being jailed for thought crime. The Christian journalist Caroline Farrow will be tried soon for ‘misgendering’ a ‘transgender woman’ and may be imprisoned for ‘transphobic hate speech’.

A growing number of commentators have begun to raise the alarm at the destructiveness of Cultural Marxism, and some even dare to mention that the UK is a Christian country and that its Christian foundations are being eroded.

Yet they shy away from offering the one and only solution to the current crisis. A return to Christianity, our Christian foundations, and moreover a return to the person of Christ.

When we finally leave the EU, the country has two paths it can take. It can continue down the hellish path of cultural Marxist ‘progressive’ destruction motivated by a fabricated sense of oppression and a desire to visit vengeance on those deemed to have privilege, or it can return to genuine Christianity and rebuild a society based on gratitude for God’s providence to us and our great heritage, and a Christ-inspired grace, forgiveness and generosity to our fellow man.