‘The Happiest Man on Earth’

When I picked up a book called ‘The Happiest Man on Earth’, with a sub-heading, ‘The Beautiful Life of an Auschwitz Survivor’, I was amazed. How could you be the happiest man on earth when you have gone through the horrors of Auschwitz, Buchenwald or Hitler’s other terrible concentration camps?

Eddie Jaku always considered himself a German first, a Jew second. He was proud of his country. But all of that changed in November 1938, when he was beaten, arrested and taken to a concentration camp.

Over the next seven years, Eddie faced unimaginable horrors every day, first in Buchenwald, then in Auschwitz, then on a Nazi death march. He lost family, friends, his country.

“Meeting evil with kindness; believing happiness is something we can choose”

Before the war he had more than a hundred relatives all over Europe. As the war ended, as far as he knew there was only him. But he writes:

“Liberation is freedom but freedom for what?

“To have to say Kaddish (a Jewish prayer) for other people?

“That’s not life. Many times, I was very sad, I was very lonely.
I had to decide what to do, to live or find a tablet and die like my parents. I had made a promise to myself and to God to live the best existence I could, or else my parents’ death and all the suffering would be for nothing.

His principles of living are so simple and basic, but also very profound:

“A vow to smile every day; meeting evil with kindness; believing happiness is something we can choose; having one good friend is enough; affirming life can be beautiful if you make it beautiful. It is up to you.”

Wondering how best to describe Eddie Jaku, I was helped by a review in The Times: “Eddie Jaku is Australia’s answer to Captain Tom. His memoir is inspirational as he pays tribute to those who were lost by telling his story and sharing his wisdom.  As we read of so much evil in our world today and wonder how to survive, this book will so encourage you. Thank you, Eddie Jaku.”

Celtic Christian life sounds too good to be true 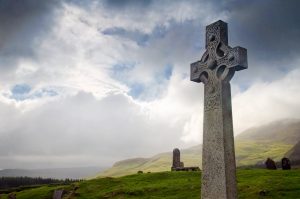 ‘Reclaiming Britain’s Lost Inheritance: What We Can Learn from the Early Church’

Would you like to see a Church which has vibrancy and evidence of the Holy Spirit guiding believers, that is outward looking with a missionary focus, engaging in spiritual warfare and standing against evils, depending on God to deliver people from the hold of pagan and occult practices – and where the authority of Scripture is supreme?

Sounds too good to be true? In this packed 140 page book, Mary Kelsey challenges us to look at the evidence of the early Celtic Church in Britain. She believes the Church of today has lost its way and is no longer the Church Christ left on earth.

Mary Kelsey had a career in teaching biology and environmental sciences before taking to writing about topical subjects from a biblical perspective. She states the book’s purpose is: “to bring a better understanding and revelation to Christians concerning the roots of our faith…”

Most readers will be familiar with names and terms such as the ‘Venerable Bede’ (670-735 AD), Celtic Christianity, the Iona community, King Alfred the Great, David, patron saint of Wales (c500-c589 AD), Columba, born in Donegal in 521 AD and Patrick (395-474 AD), patron saint of Ireland. But how many know fact from fiction? I was surprised how little I knew.

Mary Kelsey believes the first Christians in Britain were probably among the soldiers garrisoned in the country after it was conquered by the Romans in the first century. She writes: “Christianity might have been introduced into Britain as early as AD 38. In the writings of one called Pseudo – Hippolytus, the Aristobulous of Romans 16:10 was … the bishop of Britain.”

The early Church of Britain was very different to today’s Church. The author says the Celts “were relational rather than rational, inspirational rather than institutional.” She includes examples of Celtic prayers found carved on stones and painted on manuscripts, which show the intimacy the Celtic Church had with God:

The book does not claim to be an academic study, but gives a glimpse of Christian life in Britain in the first seven centuries after Christ. There is a good bibliography of 37 publications recommended for further study.

Inevitably the author has had to be selective, and I would have liked to see arguments developed and discussed in detail. The mix of stories and legends, alongside actual quotes from early writings, can be disconcerting, and cause fact and fiction to become muddled. But they are minor gripes compared with the opportunity of increasing our knowledge of our early Christian heritage.

Why church life for some will never be the same

‘The Post-Pandemic Church: Transformation and Hope for the Future’

“Clifford Hill has done it again!”

That is how Michael Fenton-Jones starts his foreword to this book.

And he has! Just a couple of months ago I reviewed his last book, ‘Beyond the Pandemic’. Now this prolific writer has produced another gem of a book.

Its purpose is summed up when Clifford writes: “We expect the advances of secular humanism to continue, and make the sharing of the Gospel much more difficult, with restrictions placed upon Christian counselling … [and] Christians sharing their faith in the workplace or any public place.”

Some Christians will find the message of this book difficult to accept. He thinks the institutional Church of the UK is in serious decline and foresees that Bible-believing Christians will leave the institutional Church in their droves. Clifford declares: “God is equipping the post-pandemic Church to preserve the gospel… when some form of underground Church may be required.”

Clifford recalls how in March 1988 he was one of the speakers at a large gathering in Westminster Central Hall. As he spoke to the 3,000 plus audience, the Lord told him to remove his clerical collar and the cloth that goes with it (he’d wondered why the Lord had told him to wear an old collar that morning to such an important event!).

Standing on the platform he then ripped the cloth, stating it was a sign that God would tear his Church in Britain apart, unless there was repentance and change.

Through scholarly studies of the Old Testament prophets of Jeremiah, Ezekiel and Isaiah, he teaches how God deals with rebellious people. In Jeremiah’s day there were two steps of judgement that fell on Jerusalem. In the first stage, Jeremiah was told to stop praying for the welfare of the nation. The second stage came when the Babylonians attacked Jerusalem.

The overcomers, who trust in Jesus, will not be shaken

At that stage it was too late for repentance.  Clifford writes that the Church in Britain is in the second stage – when it is too late to pray for the welfare of the nation.

He believes the purpose of the pandemic is that God does not want people to return to the normality where marriage has been overturned, family life destroyed, abortion is rampant, genderism the norm and the voice of the Church silent. He believes that those who trust in traditional institutions will be filled with fear.

But the overcomers, who trust in Jesus, will not be shaken. They will see the “day of the Lord” – the second coming of Jesus – approaching.

To those church leaders who teach that after the pandemic the country will return to as it was, Clifford quotes Ezekiel: “Disaster! An unheard of disaster is coming. The end has come!” (Ezekiel 7:5).

Later on, Ezekiel declared: “Then the glory of the Lord departed from the threshold of the Temple” (Ezekiel 10:18).

Towards the end of the book Clifford teaches in a practical way what Christians should expect during this time. He reminds them of the words of Isaiah 43:18 – 44:3.

He believes the post-pandemic Church has already been born and church life for some will never be the same as the old normal. In the last chapter Clifford and Monica, his wife, share the steps they have taken during lockdown to prepare for this.

The challenge of the book to all of us is: Who is going to be a part of the post-pandemic Church?

Jewish evangelist on the chosen people

‘Israel and the Church’

A  fresh take on the hot topic of Israel and the Church is most helpfully provided by a Messianic Jew living in Israel, Amir Tsarfati.

It is indeed refreshing to have such a sympathetic view of the Church in this context, though I appreciate that much of the criticism levelled at Christians over their stand (or lack of it) for the Jews is justified.

But for Amir, an ex-military man fronting ‘Behold Israel’, a YouTube ministry giving up-to-the-minute news of the Middle East from a biblical perspective, the Church is as much chosen by God as Israel. It’s not an either/or situation – only they come to the fore in different ways and times.

Whereas many authors on this subject, perhaps including me, may appear to give the Church a hard time for their misunderstanding and, indeed, persecution of the Jews, Amir has an obvious love for the Church that has taken the Jewish Gospel to the ends of the earth.

He conveys much helpful insight with his trademark sense of humour, but I didn’t always find him easy to follow. Though well-written, his arguments are at times a tad too complicated. Or is it just that I am intellectually challenged?

That said, there’s no mistaking his deep passion for the Gospel of Jesus, and we should all be thrilled that the Jews are beginning to rise up and lead the way in evangelism once more, as they did at the beginning.

Is this what is meant by Jesus’ reference to when the times of the Gentiles are fulfilled? (Luke 21:24). Is Amir at the forefront of the 144,000 Jewish evangelists mentioned in Revelation? I, for one, am absolutely delighted and most grateful for the extra insight into the Scriptures often provided by our Messianic brethren.

I particularly enjoyed his studies on the Revelation to the churches. On the Ephesians losing their first love, he comments on how the fiery romance of newlyweds is unsustainable in the long-term, commending a deeper, more mature love “like the orange coals of a barbecue pit”, producing intense heat that is more enduring and productive.

And on the lukewarm Laodicean church that makes Jesus sick, he tells us that the city’s water came from two places – the hot springs of Hierapolis and an ice-cold mountain run-off via Colossae.

The antidote to such a vomit-inducing mixture will only come, he says, from spending time in the Bible and on our knees in prayer, helping us to “block out the worthless and focus on the priceless”.

Amir does make some very bold claims, especially over the pre-tribulation rapture of which he is clearly convinced. One of his key arguments for this view is that there is no mention of the Church from Revelation chapter 4 until near the end of the book’s 22 chapters. Yet he then seems to contradict himself by saying that the book is not necessarily chronological.

He may be right, anyway. I am not making an issue of that. I just pray that many will be blessed with a new revelation of God’s wonderful plans for both Israel and the Church by reading this excellent book.