A political thriller for those who don’t like fiction

Give me a history book, a good biography or a devotional, any day. But fiction? No thank you.

Until I bought ‘The Beirut Protocol’, I had only read one fiction book in the last year which I bought when lockdown was imminent. And that book was by the same author.

Browsing through a charity shop’s bookshelves, I recognised the name of Joel C Rosenberg; he had been interviewed for Revelation TV and was also an acclaimed speaker at Christian conferences.

So despite its being fiction, I bought ‘The Ezekiel Option’, described as a Christian apocalyptic novel based on the war that the Bible prophet Ezekiel describes (chapters 38-39). To my surprise, I enjoyed reading it.

So much so, that when I saw that Joel C Rosenberg had just published a new book, ‘The Beirut Protocol’, I ordered it.

Joel Rosenberg is a Jewish American, who, with his family, ‘made aliyah’ (emigrated to Israel) a few years ago and now lives in Jerusalem.

He would call himself a Jewish believer in Jesus and writes in the book about his family growing in the “wisdom and favour of God”.

Joel’s knowledge of Middle East affairs is superb. Combine that with his ability to write political thrillers and can see why he has sold over five million books and appears on the New York bestseller list.

They deal with the CIA and the various Islamic terror groups

His books are not overtly Christian, but their content would not be offensive to Christians. They follow godly themes: the preservation of life, forgiveness, the importance of prayer.  Based on Joel’s accurate knowledge of the Middle East’s powder keg nations – Iran, Syria, Lebanon – they deal with the CIA and the various Islamic terror groups.

If you are looking for a good read, this book is worth adding to your list. You will be pleasantly surprised.

Todd White will shake you up

‘The Todd White story: Life is short, leave a legacy’

Christ for all Nations 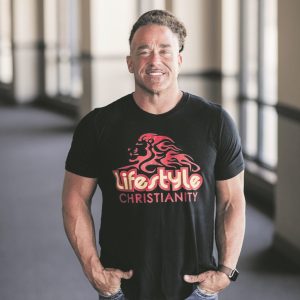 How would you describe your Christian journey? Mediocre? Needs a wake-up call?

Then I challenge you to read this book. Without a doubt you will be shaken up. Todd White has been called a radical. But the question he asks is: “What is a radical?”

He does not think of himself as radical. He considers he is leading a normal Christian life –  according to what he finds in the New Testament. So Todd challenges readers to make Jesus their everything, to renew their minds, to be as bold as lions and to make an impact for the Kingdom of God.

He challenges readers to make Jesus their everything, to renew their minds, to be as bold as lions and to make an impact for the Kingdom of God

As a child, Todd was fully addicted to drugs and pornography. His parents separated when he was 11½, and it broke him. Consumed by rage and anger, he became out of control. School could not hold him and he was put into a boys’ home.

Once old enough he joined the navy, then switched to the marines – only to go absent without leave, twice. In time he was given a ‘bad conduct discharge’. 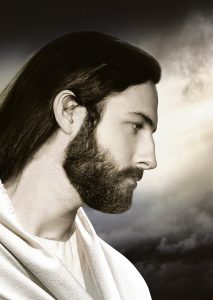 For 22 years, he considered himself an atheist. From a distance he observed Christians and even watched some Christian TV. He was not impressed by what he observed!

But when his live-in girlfriend left him, taking their child with her, Todd contemplated suicide. Something made him ring a church for help, which resulted in his making a commitment to Christ in 2004 after a gun was fired at him. He should have died, but instead heard God speak to his heart: “I took that bullet for you, now are you ready to live for me?”

Miraculously set free from his addictions, Todd’s life changed completely and in 2014 he founded Lifestyle Ministries.

This book is much more than an autobiography. It is about how Todd, with searing honesty, is walking his Christian life today.

Take, for example, how he read in the Bible about Christ’s command to pray for the sick. From then on, he prayed for healing for everyone he met, who would allow him.

For six months, he saw no results – only more rows with his wife over the time it took for the shopping –  until the day God broke in

If his wife sent him to the shops for some food, she would get very cross because he would be gone for a couple of hours. Todd would be stopping people who were obviously infirm, such as those using wheelchairs, and asking if he could pray for them – right in the supermarket aisles.

For six months, he saw no results – only more rows with his wife over the time it took for the shopping. Then God broke in. Todd prayed for a lady on a motorised scooter, who had endured four back operations; she was still in constant pain and unable to move her back. She was healed in the shop aisle.

The challenge of the book is summed up in Todd’s final paragraph where he writes: “He (Christ) overcame the world, so why would we feel threatened by it? … We must be set aflame for Jesus … What are you going to do with what the Lord has given you?”

RT’s latest:  These crises are judgement but will lead to God’s next great move on earth

‘We’ve never been this way before’

There are not many books that I say this about, but I would love to give a copy of this book to every reader of this newspaper.

It answers so many questions about today’s world because it takes us back to Scripture and teaches the biblical principles underpinning what is happening all around us.

When Revelation TV started, the nearer a television station was to the BT tower, the better the signal was. Revelation TV’s first studio was in Cleveland Street, London, in the shadow of the BT tower. The studios were not far from Westminster Chapel and on some Sunday evenings I would slip into the back to hear the great RT Kendall, who pastored there for 25 years.

Rev Kendall, more commonly known by his initials, RT, does not express political views, but as a pastor, teacher, theologian and prolific author, he has a life of experience to draw on.

This short, 122-page book was written to explain two of the major crises of the last year – coronavirus and the death of George Floyd with the rise of the Black Lives Matter movement. RT writes from an American perspective, but it applies equally to the UK. He asserts: “it is my conviction that America is under judgement. This equally applies to the United Kingdom.”

As he looks at America (and the United Kingdom) today, he sees judgement from God, and lists four causes:

His title, ‘We’ve never been this way before’, is taken from the words Joshua’s leaders told the encamped Israelites when they were preparing to enter Canaan (Joshua 3:4).

These divinely inspired words told the people that God knew where they had been and where they were going.

RT uses these words to emphasise that while what is happening in our world today is new to us, God knew what was going to happen and we can trust him as we enter new territory.

Although RT talks about judgement, this is not a condemning book. RT wants to give us practical teaching on living through these crises. There are chapters called, ‘Is there hope?’ and ‘Learning God’s ways’.

The final chapter is a vision of the future. RT writes:

“I believe the double whammy crises we are now in will lead to the next great move of God on the earth … when ordinary people are convinced … that the Gospel is the only hope – and we are unafraid and unashamed to say this to anyone”.

This is a book to read and study. Have your Bible next to you, so you can look at what RT is writing and go back to the Scriptures to allow the Lord to speak and challenge you.

Gordon, along with his wife Lorna, is part of the leadership team of Revelation TV, a 24/7 Christian television station that broadcasts in the UK on Sky 581 and Freeesat 692, and throughout the world via the Roku box and Apple TV. Gordon’s passion is writing and he is the author of eight books.