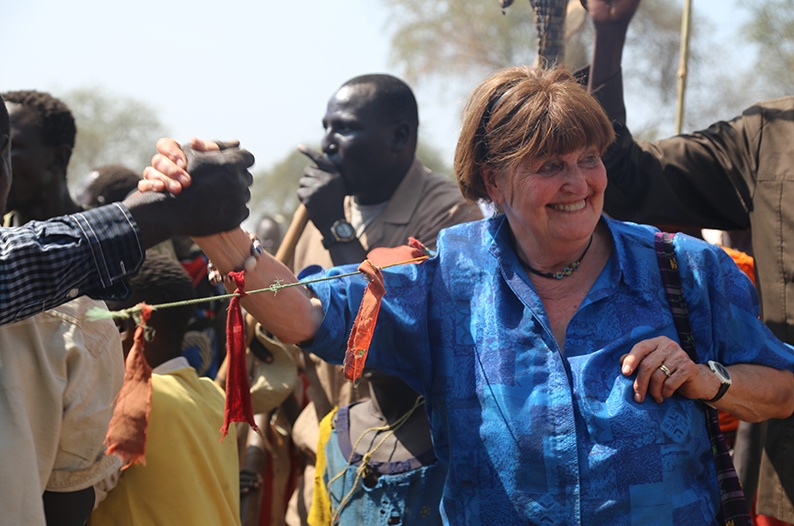 Fresh military offensives have forced another 3,000 North Sudanese civilians to flee their homes this March, according to a report from Humanitarian Aid Relief Trust (HART).

Baroness Cox said that HART was the only NGO to have reached those suffering in the north when she visited in January: “They are suffering and dying from years of military offensives inflicted by the Islamist regime in Khartoum and now from an escalation of civil war.”

She continued, “They were scavenging for food, eating roots and boiling leaves with no nutritional value to assuage their hunger pangs. They have no other supplies such as clean water or blankets.”

During her visit, Baroness Cox met with community leaders and Internally displaced people (IDPs) who expressed deep concern about the government of Sudan’s military forces being strengthened after US sanctions were lifted in October 2017.

Sumaya Baria Nur, one of the 9,000 IDPs in Wadaka, Blue Nile State, recalled: “In Danfona, we had everything including stored food, but it was all burnt. We lost everything.

“On the journey, some people were injured. They took all our cattle. We fled without anything. When we came here, there was nobody to help us.”

Baroness Cox has appealed to the UK government to cease promoting trade links with Sudan and to support cross-border aid for civilians in the Blue Nile and Nuba Mountains: “Aid must be made available from donors the civilians can trust – understandably, they cannot trust supplies from their own government which has been killing them for many years.”

Meanwhile, Barnabas Fund reports that in South Sudan, which only gained its independence from North Sudan in 2011, a staggering 5.3 million people (48% of the population) are facing a food crisis. A UN representative has warned that 2018 will be “the toughestyear on record.” Over 30 countries may be suffering severe hunger by May despite food rations.

Four million civilians have already fled the country since 2013, with hundreds of thousands, most of whom are Christians, currently living in Kenyan or Ugandan refugee camps. They are surviving on food aid from charities like Barnabas Fund.