It’s ‘Year of the underdog’ for millions of Chinese Christians

As crosses are torn down, churches demolished and pastors arrested, persecution is set to reach highest level “since Cultural Revolution” 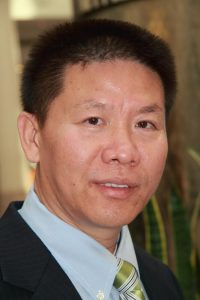 New regulations could lead to the most severe crackdown on the Church in China since the Cultural Revolution, according to a prominent spokesman for China’s Christians.

Visiting London in March, Bob Fu, founder of ChinaAid, warned, “China has jailed more citizen journalists than the rest of the world combined, and under the new president, freedom has been deteriorating rapidly and persecution is getting worse.”

The Regulations for Religious Affairs, which came into force in February, are intended to clamp down on extremism. They forbid religious organisations from using religion to “harm national security or disrupt social order”.

In January six Christians had already been jailed for up to 13 years for allegedly belonging to an “evil cult” and undermining the law.

China’s leaders are worried about the rapid spread of Christianity in their country. The revival of the Protestant church in Zhejiang has led to a wave of 1,500 crosses being pulled down from church roofs and some churches being demolished. The authorities say this is to “contain the overheated growth of Christianity”. And the cross removals are now being extended to other provinces.

Christians who have launched legal protests over the cross removals have been beaten up and arrested. Some Christian leaders have been sentenced to ten years’ imprisonment for mounting a legal challenge.

A Catholic church in Shanxi province was blown up in December, despite holding the correct legal permits.

Church offerings must now be reported to authorities if over a certain amount; two pastors from Guizhou province were fined over $1 million in January for receiving “illegal offerings”. The authorities later went on to seize their church premises without a court order.

The government-approved Three Self churches have been required to display the Chinese flag and sing the national anthem during services since last June.

Release International heard from its partners that Pastor Yang Hua has been tortured in police custody and his family threatened. A charge of “illegally possessing state secrets” was later hardened to “divulging state secrets”.

This March the authorities in Luoning County have banned preaching and gathering for worship and have arrested Christians. Officials have smashed windows, torn religious murals from homes, removed crosses from churches, cut off electricity and confiscated property. They have even stationed security guards in private homes to prevent family prayers.

Yet despite the government opposition, the Church in China is burgeoning by the year. “Under Communism, Christianity has grown from one million Christians in China to an estimated 100 million today,” Bob Fu reported.

Some sociologists predict that Christians in China will number over 220 million by 2030, which would make China the biggest Christianised nation worldwide.