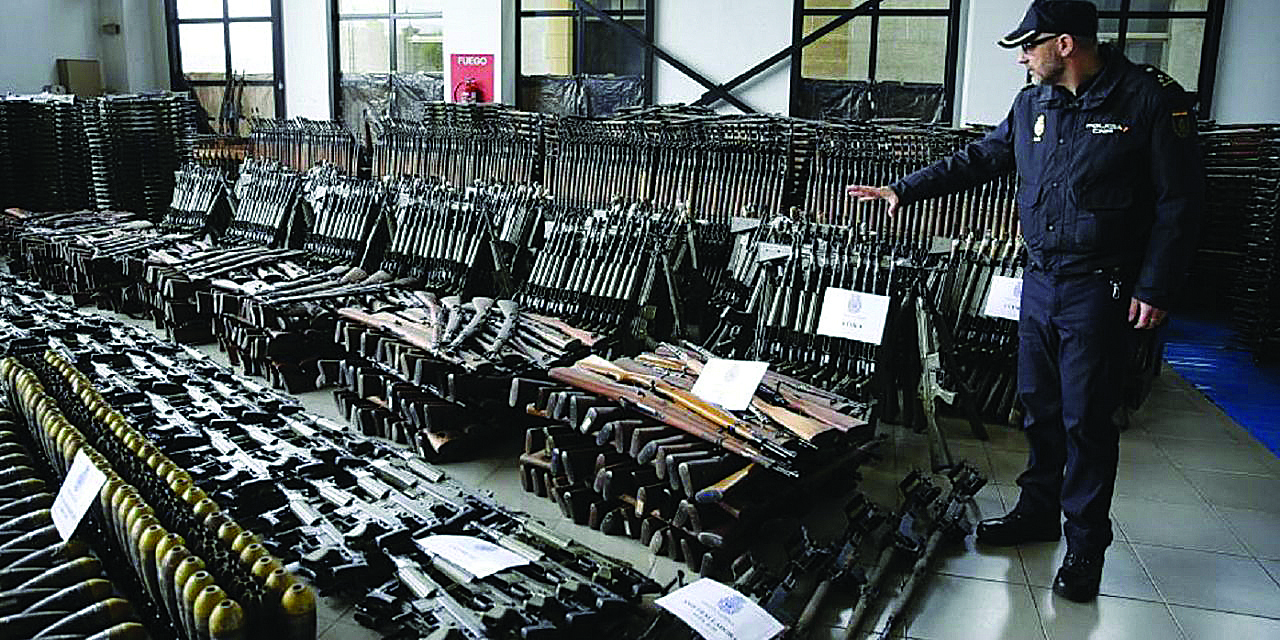 Arms and the Spanish policeman: the fruit of a Europe-wide search

A massive weapons cache of over 10,000 rifles, machine guns, pistols, revolvers, shells and grenades intended for sale to terror groups has been seized in Spain.

The operation disrupted a massive European terror weapons ring, with five suspected weapons dealers also arrested and $90,000 in cash recovered during raids in Girona, Biscay, and Cantabria in March.

The seizure was the long-awaited fruit of an investigation launched by the Spanish police after a 2014 terror shooting at a Jewish museum in Brussels left four dead. The continent-wide operation stopped weapons including anti-aircraft guns, howitzers and grenades falling into the hands of extremists in France, Spain and Belgium.

Some were previously described as being powerful enough to “bring down an aircraft”.