A short story for Christmas 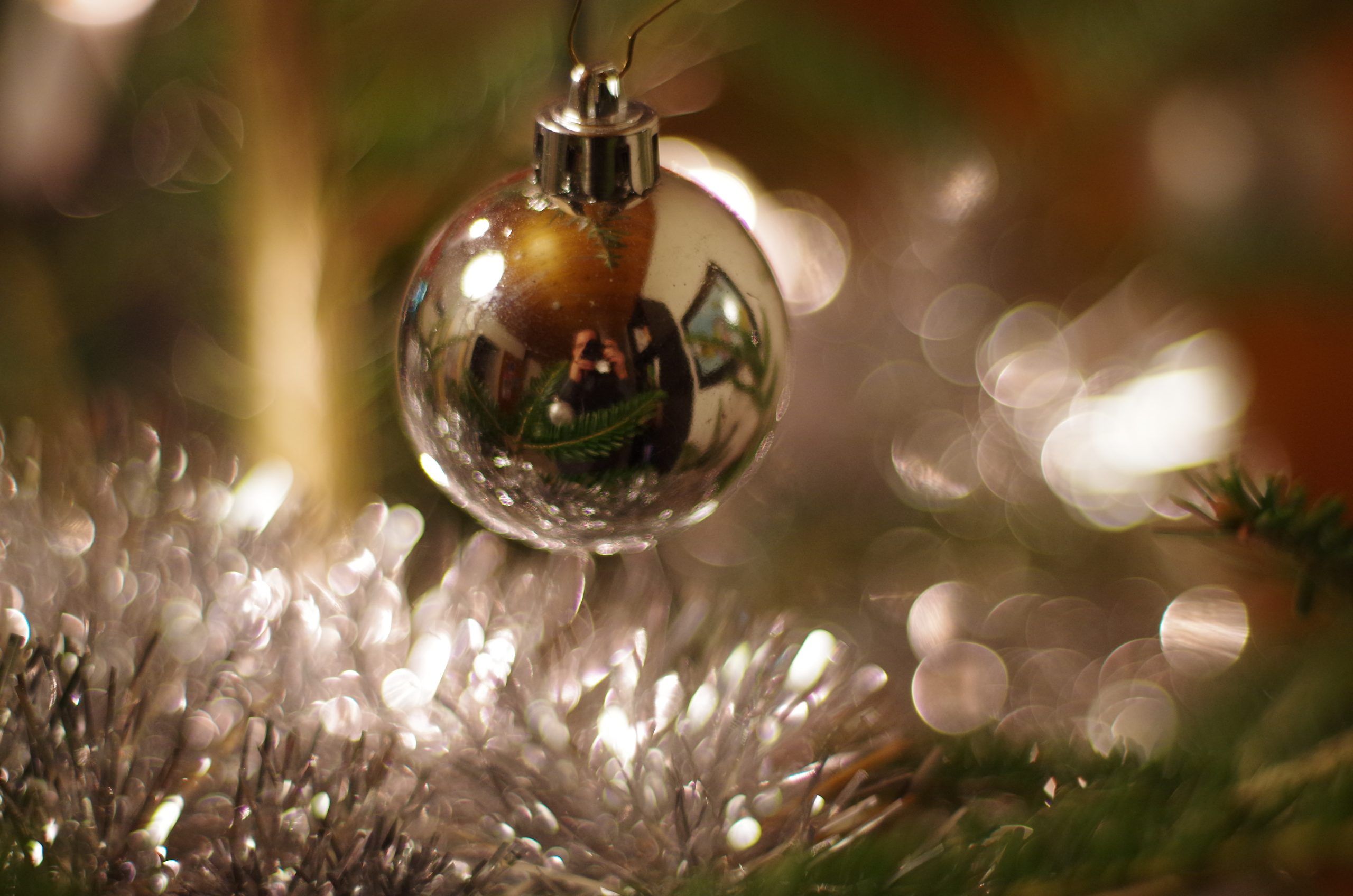 ‘The Visitor from Space’

The spacecraft touched gently down. A slim, white figure glided down a ramp onto the snow -covered ground. The last rays of the sun glinted on his helmet. He gazed briefly at the Parish Church silhouetted against the sky and moved towards the town centre.

Carol singers were in full voice in the shopping arcade. He paused to listen for clues, trying to understand the words……

English was a compulsory subject at all inter-planetry schools. “O come all ye faithful”- what did it mean ?

He gazed intently into the brightly lit shop windows, searching for help in solving a puzzle. News had reached his planet of special celebrations on planet Earth. What was it all about  ?

Caught up by the flow of the crowd, he was drawn into a huge structure that reminded him of similar buildings at home. They tended to be quiet with all movement strictly controlled.

Here, though, everyone was moving fast, as though propelled by an unseen force. They were continually pushing things into small-wheeled vehicles.

A lady, pushing one of these heavily-loaded vehicles paused for breath. She leant against a mound of boxes. The visitor could see she was exhausted. He gently touched her shoulder.

“Have you got Christmas in there?” he said pointing to her shopping-trolley.

The visitor turned away and went out into the cold night. He soon found himself in a street of terraced houses. His nose detected all sorts of strange, hunger-quenching smells. Inside most windows he could see excited people. Children were hanging up coloured materials or wrapping up boxes. They were clearly preparing for something special.

One house seemed strangely different from all the others. Somehow it seemed to be inviting him inside. Timidly he knocked at the door. A small boy opened the door. He was holding a card.  “Is that Christmas?” asked the visitor.

A  cheerful fire crackled in the grate. The visitor enjoyed talking . The boy’s name was Tom.

His sister Sally and her mother produced refreshments. Mince pies and hot sugary tea and turkey sandwiches were a new experience.

The visitor remembered why he had come. “Where is Christmas ?” he asked.

“Well,” replied Dad, “I still don’t know who you are, but if you really want to know about Christmas you had better look at this.” He reached down off a shelf a Bible story book.

“Our family has had a hard time of it this year. I have been out of work most of the time. We have had to use the Food Bank. Then last week I got a job. But we always knew the Lord Jesus was with us. Christmas is a time when we remember when God’s Son came to this earth. He was born as a baby in a stable in Bethlehem. Look, you can see Joseph and Mary and baby Jesus in the picture. ”

The visitor left his kind hosts and walked towards the Parish Church. The door was open and he could hear singing:

“Once in royal David’s city       Stood a lowly cattle shed

Where a mother laid her baby      In a manger for his bed:

The visitor knew more about Christmas now. He crept in, moving silently among the crowd.

He was attracted by a large model of the Nativity, the figures bathed in light.

Only one person was speaking……The vicar cleared his  throat. “You know the wonderful thing about the first Christmas is that it was so unexpected. Very few people were in on the secret. The one who came to change human history and individual lives like you and me, came as a helpless babe. Only a few welcomed him. I wonder how many will make room for him in their lives this Christmas?”

The visitor from space slipped away. Many of his questions had been answered. As he eased himself into his cockpit he switched on his recording of Dad, the singing in the church and the vicar. As he sped away from earth he wondered if Jesus, the unexpected visitor, would get as warm a welcome as he had received.

When I  was serving as a Supply Teacher in a school in 1993 I was asked to speak at the Carol Service.   I  decided to speak about the story of Christmas but in a slightly different way.

“The Visitor” was the result and it was later published in a local newspaper. I have updated the plot a little but basically it is as I gave to the children and adults.

You might like to think how you would explain Christmas to someone who knew nothing about its origins. We can sometimes assume that children and adults we meet are familiar with the story. This may not always be the case.

Like the busy shoppers in the story, it is easy for any of us to forget  what Christmas is all about. God in human form intervening in human history. Coming not as a great and mighty warrior but as a vulnerable, helpless baby.

The challenge each Christmas is for each of us. Are we so busy that the real meaning of Christmas, the person it is all about, gets smothered by all the externals  ?