A Christian Holocaust in our time 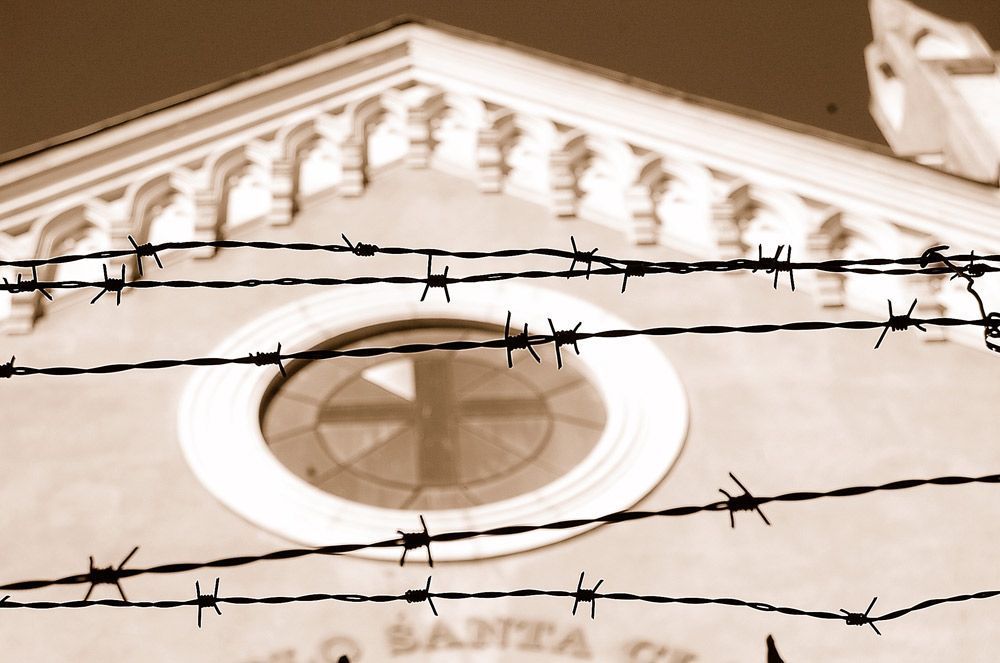 It’s happening in the Middle East and Africa – and the West is funding it, says Sussex-based mediator and negotiator Howard Stern

A CHRISTIAN HOLOCAUST IN OUR TIME – is it possible?

The short answer is ‘Yes’.  One only has to consider the Egyptian Copts facing genocidal threats from the Muslim Brotherhood should they oppose the new government’s Sharia constitution to see the potential: a regime we helped bring to power!

So I must ask why the West is funding the systematic persecution, torture and discrimination of Christians, demonstrated well by Egypt having just been awarded $6.4 billion in “aid” by the EU.

My concerns are echoed by Dutch novelist Leon de Winter, who recently stated that “Offering aid to Egypt is the same as giving billions to Nazi Germany.”

Many observers have commented on how the Arab Spring has become a Christian Winter.  The Open Doors charity recently published its world watch list of nations who persecute, torture and violate the rights of Christians.    Its chief strategy officer, Ron Boyd-MacMillan, told a Washington DC news conference: “Islamic extremism is the prime persecutor of Christians in the world today.”

Among 24 of the leading 30 persecuting countries, “It is Islamic extremists, either in government or in violent opposition forces, that are the source of the persecution,” he said.

Travelling regularly to Israel and the Palestinian territory I have noticed a disturbing trend over last 18 months in which the rights of Holy Land Christians are being systematically eroded, with threats and discrimination by radical Islamists commonplace.

Palestinian Christians say to me, in the privacy of their own homes, that they now regard Israel’s occupation of the disputed territory as their only protection.  The Palestinian territories rate 36/50 in the Open Doors watch list.  Notably, Israel is the only nation in the Middle East where Christianity is actually growing.

This Christmas some 600 of the remaining 1500 Palestinian Christians in Gaza were issued permits by Israel to travel to Jerusalem and the West Bank.  Many are seeking refuge in Israel stating they feel unsafe living among their Muslim neighbours.

The Holy Land Christians are worried for their future.  Once the City of David and long-time Christian stronghold, Bethlehem’s Christian population has declined from 85% to 9% and is now a Muslim city.  One Bethlehem pastor I know well, whose identity cannot be disclosed, stated, “We think we have only five to seven years left and then there will be no more Christians in Bethlehem.”

As with the funding of Egypt’s Muslim Brotherhood, I question why the EU and US fund the Palestinian Authority to the tune of $2.5billion (2010-11) when human right violations take place widely in their territory.    While the West contributes vast amounts of money to prop up and embolden such regimes, pogroms, persecution and genocidal threats will continue against Christians.

Worse still is the considerable amount of weaponry, munitions and military hardware flowing from the US and Europe to the region – in addition to our taxpayer’s money. These weapons are being used against our own Christian family.

In many nations such as Iraq, Egypt, Nigeria and Syria, churches have been bombed and set on fire, homes ransacked, children terrorised.   Men are dragged through the streets and killed.  Women are abducted, raped and forcibly converted to Islam.

Khaled Mashaal, a Hamas leader in Gaza, recently called on all Muslims and Christians to live as partners in a freed Palestine, whilst ignoring the methodical persecution of Christians throughout Africa, the Middle East and Palestine.

I believe if action is not taken to halt the supply of arms and money to these regimes then the lives of many millions of Christians remain at risk.

So what can be done?  The Dutch novelist, de Winter, is withholding part of his tax.  We Christians can’t do this for we must “give to Caesar what is Caesar’s.”

But what we can do is lobby our MPs and MEPs to demand the cessation of funding and arms supplies to corrupt and violent regimes.   I am well aware of the hurt and pain caused by the silence of the Church in the Jewish Holocaust: my concern now is that history is repeating itself with the Church appearing silent once again in the face of a second holocaust – of its own people.

The list of 50 countries — which have a total Christian population of nearly 530 million, may be accessed here: www.worldwatchlist.us