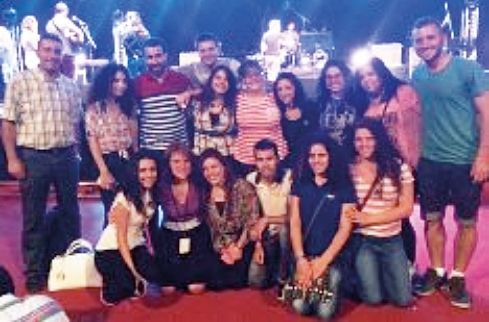 MESSIANIC JEWS AND ARAB CHRISTIANS met together to dance, sing and praise the Lord – and pray  for peace amidst the conflict in Israel.

The three-day ‘Elav’ festival annual event in July involved 1,000 young people who came together in Haifa.

Many of the young believers were feeling hurt due to the war-torn political situation in the region. For most it was the first time any had experienced a meaningful encounter with the other side.

At a time when murderous kidnappings, violent riots and a developing war in Gaza were bringing  racial tensions to boiling point, these young Messianic Jews and Arab Christians arrived at the conference still reeling with all the raw emotions of the Arab-Israeli conflict.

“Many of them thought that they had dealt with these feelings, but because of the kidnappings and  killings they are in pain, on both sides,” said Rick Ridings, the conference organiser.