WHY WE MUST PRAY FOR OUR NEW RULERS 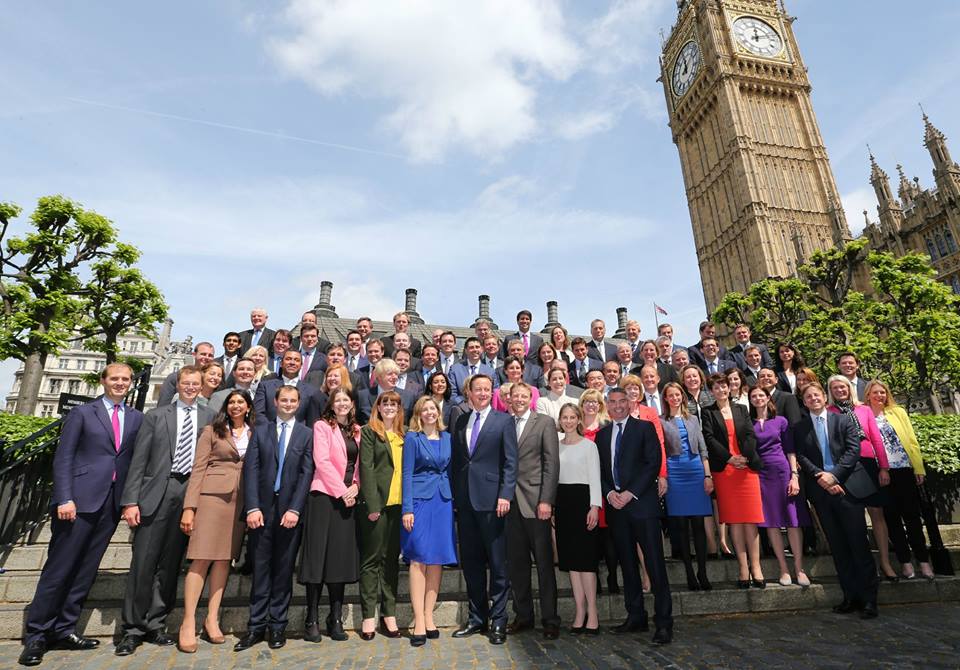 Victory in the sunshine: David Cameron and his new MPs – but are we headed for sunlit uplands? Photo credit: Facebook

THE SHINY NEW FACES of PM David Cameron’s Cabinet in the freshly elected Tory Government show a group of men and women with all kinds of backgrounds and beliefs – but in desperate need of prayer as they face numerous challenges.

Voters have reacted in various ways: some praising, some even protesting about the surprise Conservative victory in the General Election on May 7, set against a political background of a possible future break-up of the United Kingdom following the surge in Scottish National Party MPs.

However, for Christians across the political divide, there is a serious responsibility to pray for these powerful people driving the political engine at Westminster.

HEART’s research shows that only 6 of the 30 new Cabinet members had the courage to defy the Prime Minister’s recommendation and vote against the controversial Same Sex Marriage law in 2013. Of these, Education Secretary Nicky Morgan, a professing evangelical Christian, has since indicated that she would vote differently now and is presiding over the introduction of same sex relationship material to primary schools.

Hence Colin Hart, Director of the Christian Institute, has highlighted the Bible’s instruction to pray for ‘all those in authority’, and said: “I know that many thousands of Christians will be praying – and rightly so.

“The Bible tells us in 1Timothy 2 to pray for our Government, whoever is in charge. It tells us to pray that we would be allowed the freedom to live godly lives and have liberty to share the Gospel.

“Jeremiah 29 also teaches us that it is right to seek the welfare of the country in which we live, even if that country isn’t godly.”

The Christian Institute has already urged believers to pray that the new Government will defend religious human rights for Christians and others under threat worldwide.