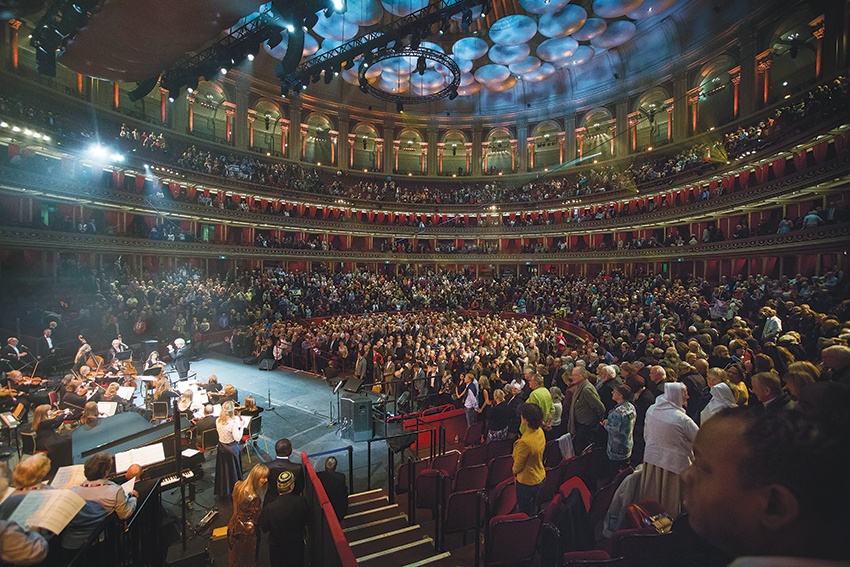 Christian groups around the country held special events to mark 100 years since Lord Balfour’s historic declaration which paved the way for Jews to return to their ancestral homeland. Most spectacular of all  was an evening in the Royal Albert Hall where Jewish and Christian leaders and artists shared the stage in a heartfelt celebration

The 100th anniversary of the signing of the Balfour Declaration on 2nd November was a huge moment for the world’s Jewish communities. While the 67 word letter was a simple statement of intent that carried little political or legal weight in itself, its incorporation into international law in the San Remo Declaration and the Mandate for Palestine a few years later started the rocky path that led to the triumph of independence for the new Israel in 1948.

Extensive research, however, unearthed historical gems that revealed the so far unrecognised part played by Bible-believing Christians in Britain. These were “Zionists before Zionism” and from the widespread belief in the 19th century of an eventual return to Israel by the Jewish people sprang a love for the Promised Land and the scattered Jews that was almost unknown in the rest of Europe.

The rise of political Zionism saw passionate Jewish activists form unlikely alliances with Christians who may have had a stronger faith in the words of the Tanach than their Jewish opposite numbers of the time!

We have all heard of Herzl, but who has heard of Rev William Hechler, an eccentric clergyman whose heart burned with love for the Jewish people and for the restoration of Israel – even before he read ‘Der Judenstaat’ and met its author? Yet Hechler and Herzl became close friends and co-workers in the promotion of the infant Zionist movement in Europe.

We have all heard of Chaim Weizmann; eminent scientist, ardent Zionist and the first President of Israel in 1948. But how many knew that his friendship with the politician Arthur Balfour and their work together for the issuing of a pro-zionist Government document was based on Balfour’s strong faith in Bible prophecy and his belief that God wanted his ancient people to return to their covenanted land?

Not only was this relationship providential, but the war cabinet that agreed the final wording of their declaration of support for Zionism was composed mostly of Bible-believing Christians with parallel views to Balfour’s. Their religious faith formed an essential part of their worldview as they considered offering Britain’s support to Zionist aspirations.

All these historical strands came together to make it clear among Britain’s pro-Israel organisations and leaders that Christians also had a stake in the centenary of the Balfour Declaration. The Jewish community should be supported in its celebration of this significant anniversary. This proposition ?? led to the launching of the Christian “Balfour 100” initiative to hold a major event in London this November. We believe that God’s hand was in “Partners In This Great Enterprise” at every stage and that this was something he wanted to happen on this anniversary. 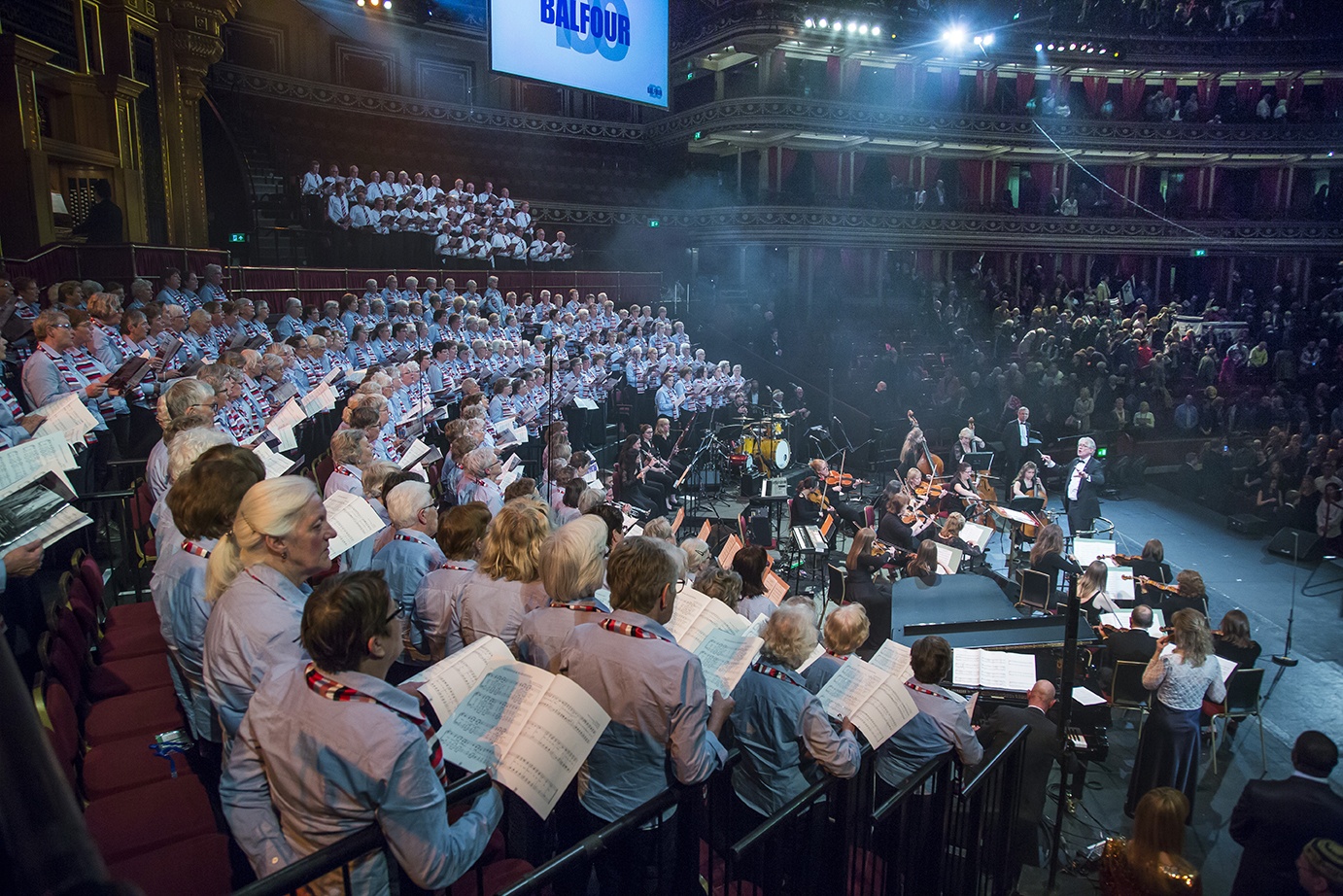 The Royal Albert Hall, as well as being  a world-class concert venue and London’s biggest theatrical space, had been the scene of a speech by Arthur Balfour in 1920 to the Zionist Federation in celebration of the granting to Britain of the Mandate for Palestine. Furthermore, it sat on the site of an estate that had been owned by William Wilberforce, a Christian famous for his fight against slavery but not so well-known for his passionate belief in the restoration of Israel. Where better to celebrate the Balfour Declaration centenary?

Our group’s vision was to enable both the Christian and Jewish communities to celebrate together, putting aside historical tensions to join in common cause in one place. We included both Jewish and Christian performers, all of whom excelled themselves in their enthusiasm and professionalism. Jewish musicians worked with a Christian conductor and a Jewish singer, Tally Koren, was accompanied by a Christian choir and orchestra; all in a lovely spirit of co-operation.

We were encouraged to find that, wherever we went to engage the Jewish community, we were met with warmth and enthusiasm by many who had not even heard of Christians who loved Israel and Jewish people! As a result the audience on 7 November included a good proportion of Jewish people.

Our desire as Christians is that the Jewish people would take away from that evening the message that they have friends in the Christian community who will stand by them and support them in today’s climate of anti-Semitism and “anti-Israelism”.  If we successfully transmitted this at the Royal Albert Hall then our vision has been achieved!