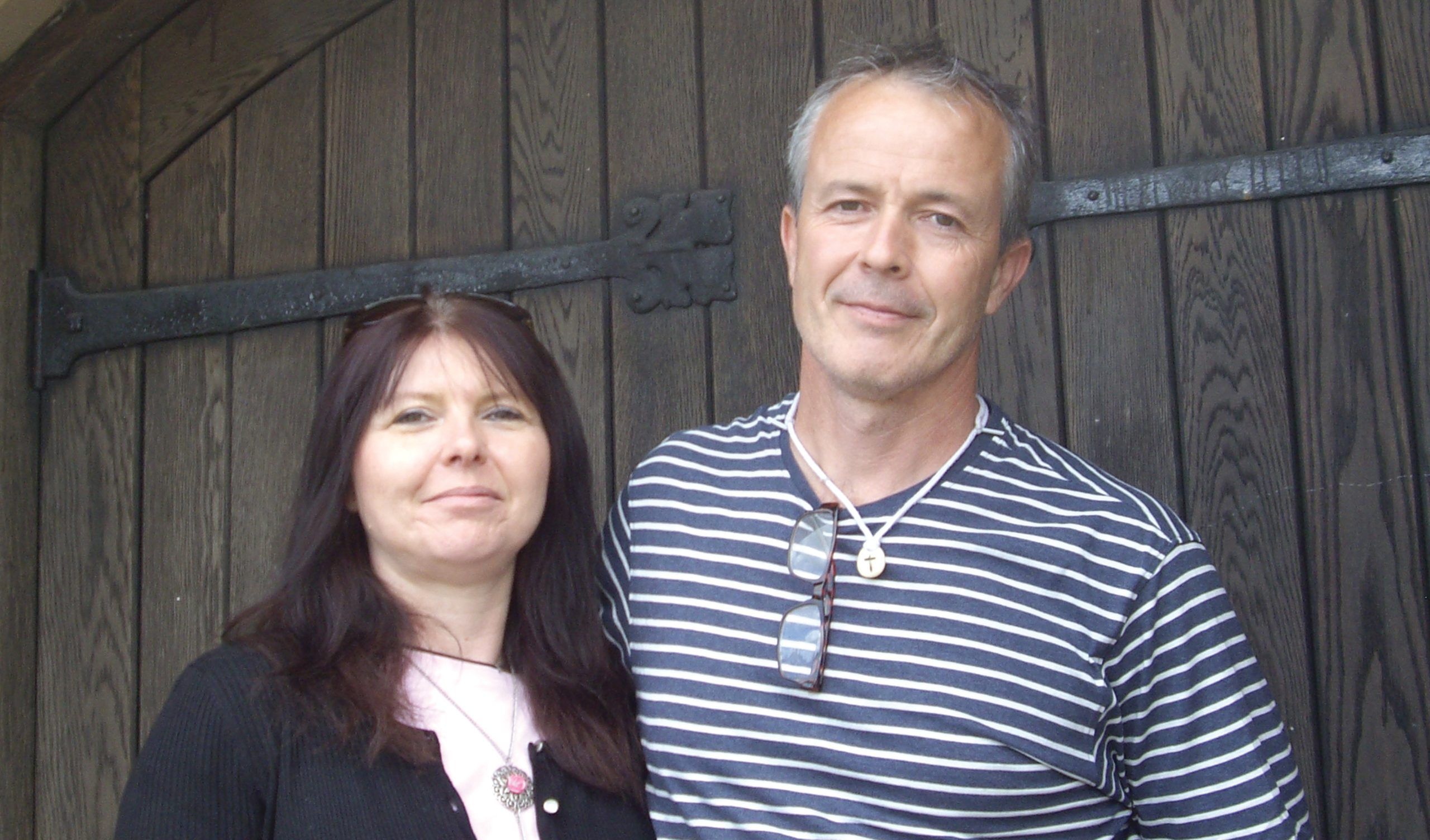 On Valentine’s Day 2012, drug addict Simon Swift saw a man walk past his block of flats carrying a huge cross. It sparked a chain of events that led to Simon being dramatically set free from drugs after 33 years, and he now takes a cross round the streets himself to share his story with others

When a street preacher walked into his council estate carrying a 12-foot cross, little did hopeless drug addict Simon know that it would change his life.

Simon saw the man, Lindsay Harmon, from his bedroom window, and felt compelled to talk to him. He ran out into the street and asked, “What the ******* **** are you doing?”

Simon’s intimidating language didn’t put Cornishman Lindsay off, as he has walked all over the world with a cross. He replied that it was Valentine’s Day and he was telling people how much God loved and valued them.

That conversation led to Simon, an addict for 31 years, attending Green Street Baptist Church near Orpington, Kent. He loved it, decided to follow Jesus Christ, and was baptised on Pentecost Sunday, 27 May 2012.

But Simon was still addicted to drugs. He says: “I felt like a hypocrite, going to church and reading my Bible, but still on drugs. The words, ‘Slave, slave to my addiction’ kept repeating in my mind.”

Seven months after his baptism, on 12 December 2012, Simon was fuming because he wanted to buy his next fix and his partner Jeanette was refusing to give him the last £20 she had kept back for food.

Suddenly Simon felt God telling him to kneel. While on his knees, he had a “picture” or vision of himself chained to his drugs. The chain was stretched across a rock, and at one end were the drugs and dealers and at the other end was Simon.

“I took the rock as being Christ,” Simon says. Then he saw a huge sword come down and strike the chain and smash it in two. Simon saw himself fly in one direction and the drugs and dealers hurtle in the other!

Jeanette recalls Simon coming downstairs crying as he told her, “I’m giving up the drugs! It’s been taken away – I’m not going to smoke drugs again.”

John Pressdee, pastor of Simon’s church, says: “No one had told Simon about the spiritual gifts that God gives us – like having pictures or words of knowledge – it just ‘happened’!”

Without any medical treatment, Simon kicked the habit. Nor did he have withdrawal symptoms by going ‘cold turkey.’ If he ever feels tempted, he finds that the words of the Bible give him strength.

Jeanette, who was into angelology and earned money by reading tarot cards, saw the change in Simon, and didn’t like it. The couple began to argue, and she kicked him out of the house, but the church found him a temporary home.

“I realised he wasn’t a bad person and let him back in.”

Jeanette was agoraphobic and had not been out of the house for 22 years. Pastor Pressdee says: “Eventually, she started to ask why her partner had changed. She also began going out of the house, and gradually managed to get further and further away from her home, until she was able to come to a church member’s home for one of our summer teas.”

“I loved it!” Jeanette says, and kept going to the church. Soon she found that she had stopped smoking without thinking about it. She decided to become a Christian and give up the tarot cards.

“Before I knew it, I gave my life to Jesus and got baptised!” she says.

Neither Simon nor Jeanette knew that the whole church had been praying for Jeanette to become a Christian. The couple were married in the church a few weeks later.

It wasn’t long before Simon decided that he wanted his own cross to take out onto the streets.

Pastor Pressdee recalls: “Initially some of the church tried to dissuade him, worried that he didn’t have enough experience and needed more prayer, but eventually he was given a large cross and gathered a team around him to pray for him as went out.”

Simon now goes out onto the streets with his cross, two or three times a month, and is starting a year’s Christian training course, as both he and Jeanette want to serve God full time.

Inspired by Simon’s example, other church members started to take a cross out onto the streets themselves, once or twice a month. At first they were nervous about such a bold approach to sharing the Gospel, but they have found it really works – creating opportunities to talk about Jesus.