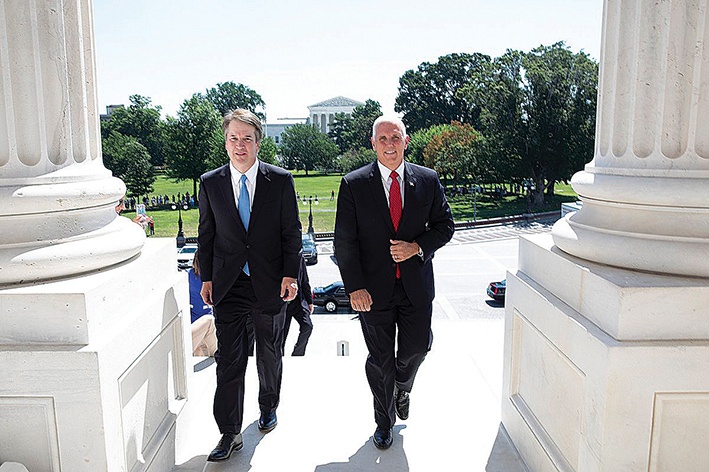 After President Trump nominated Judge Brett Kavanaugh to the US Supreme Court on 9 July, a battle raged over his appointment, including accusations of a high school assault.

Kavanaugh, a solid conservative, fills the vacancy created by the retirement of liberal-minded Justice Anthony Kennedy, a move that could tip the political balance of the Court for decades to come.

Democrats fear their years of dominance in the Court could be over, and vented their fury at Kavanaugh’s confirmation hearings before the Senate Judiciary Committee in September. The hearings were interrupted numerous times by Democratic senators and protesters.

According to Breaking Christian News, Kavanaugh defends religious freedom, is pro-life, and “is a devoted Christian who lives his faith through his dedication to public service”.

The American Bar Association (ABA) has unanimously given its highest rating to Judge Kavanaugh, who played a leading role in drafting the Starr report which urged the impeachment of
President Bill Clinton; subsequently he became White House Staff Secretary under President George W Bush.

The Committee had not set a new date to vote on the confirmation as we went to press.