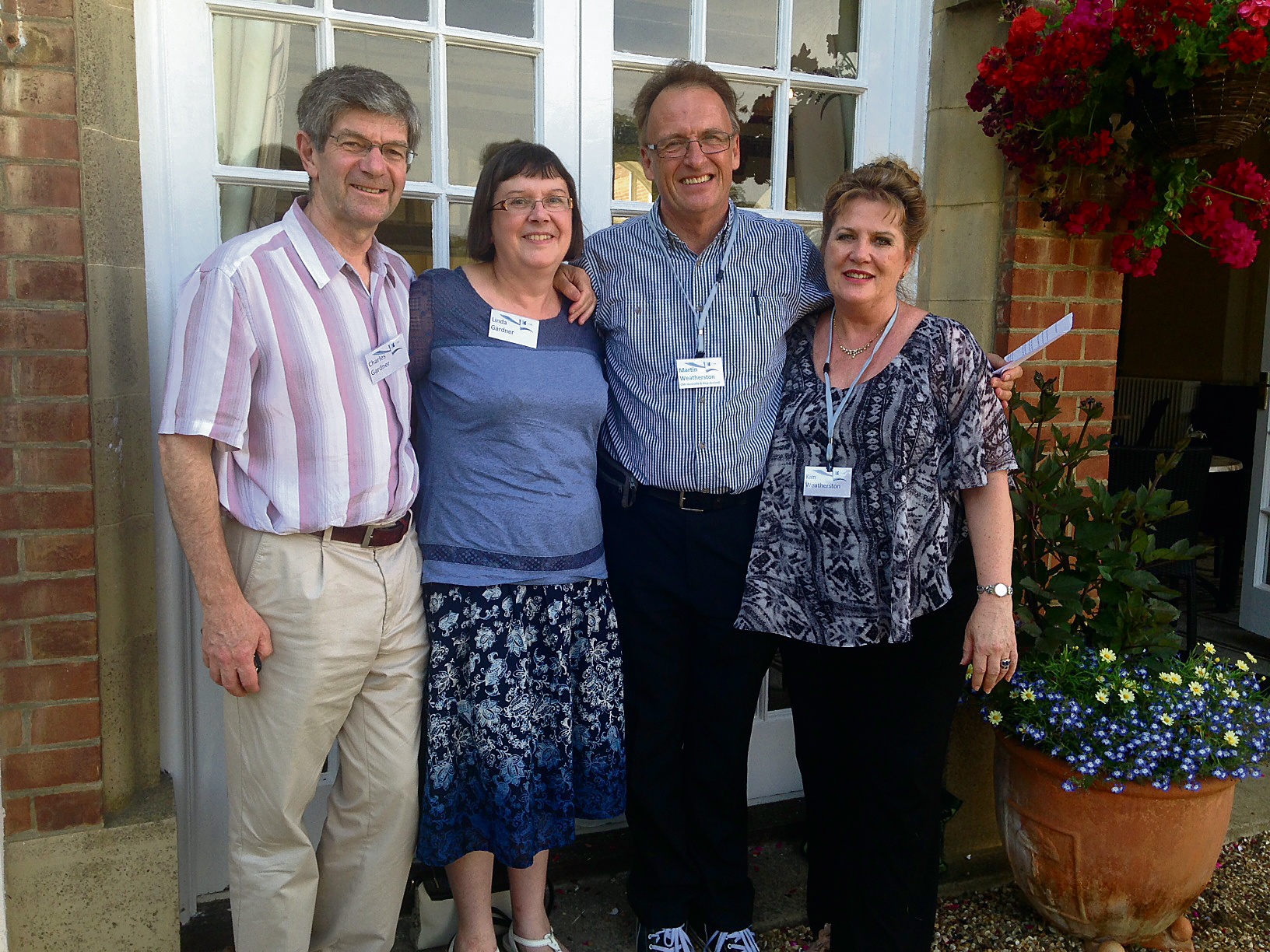 Photo: Charles Gardner and his wife with friends at a CMJ conference

With the Middle East engulfed in flames, a story of peace and reconciliation was unfolding this June – in Manchester

Delegates from all over the Arab world came together for a unique conference which saw Iranian refugees and asylum seekers now living in Britain embrace their Jewish ‘brothers’, some of whom had travelled from Jerusalem to meet with them.

The three-day conference was hosted by the Church’s Ministry among Jewish people (CMJ), a 200-year-old Anglican society specifically dedicated to spiritual revival in Israel.

David Friedman, a Messianic rabbi from Jerusalem, implored the Iranians present to join him in praying for barriers to be broken between their two countries. And before he had finished speaking, they came forward to pray for him, and for Israel!

There were gripping testimonies, including that of Ali Pektash, known as Arafat’s assassin in his former life, whose testimony also appeared in this paper previously.

Sessions were interspersed with times of worship in Arabic, Farsi (the language spoken in Iran), Hebrew and English, creating a beautiful atmosphere of shared love and identity.

Also addressing the conference was Rev David Pileggi, Rector of Christ Church, Jerusalem, headquarters of CMJ. He said: “If we don’t understand Jesus in his Jewish context, we will fail to see him fully as he really is. Jesus is a Jew who still keeps his identity. He is described in Revelation as the ‘Root of David’ and the ‘Lion of the tribe of Judah’ and still identifies with the Jewish people. While it’s perfectly possible to be a Christian and not know about the Jewishness of Jesus, such knowledge brings added blessing and helps us to be better disciples. It gives us a better understanding of his sayings, which in turn will help us develop a more intimate relationship with him.”