The Queen shows the way 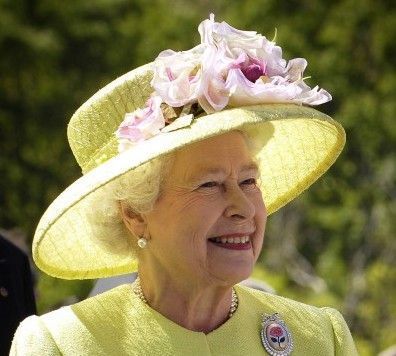 FOR THE SECOND YEAR RUNNING, Her Majesty the Queen has delivered a Christmas broadcast to the nation which is startling in the clarity of its call to faith in Jesus Christ.

Not that you might have realised this if you missed the speech and were relying only on much of the secular media. The Guardian reported that she “drew on the ‘humbling’ experience of her Diamond Jubilee celebrations and the inspiration of the Olympics and Paralympics to highlight a momentous year for Britain” – adding somewhat cryptically that she “made no mention of the Duchess of Cambridge’s pregnancy”.

The Daily Telegraph said that the Queen “used her Christmas broadcast to thank people around the world for the outpouring of affection and enthusiasm shown during her Diamond Jubilee celebrations”. The BBC News website reported that she “praised the ‘army of volunteers’ at the Diamond Jubilee and the Olympic and Paralympic Games”.

All well and good – and accurate, up to a point. But of course what most secular news outlets failed to report was the Queen’s explicit call for people to respond directly to Christ:

“This is the time of year when we remember that God sent his only son ‘to serve, not to be served’. He restored love and service to the centre of our lives in the person of Jesus Christ … The carol, ‘In The Bleak Midwinter’, ends by asking a question of all of us who know the Christmas story, of how God gave himself to us in humble service: ‘What can I give him, poor as I am? If I were a shepherd, I would bring a lamb; if I were a wise man, I would do my part’.”

She continued: “The carol gives the answer ‘Yet what I can I give him – give my heart’.”

This is the second year running that the Queen has explicitly called people to faith in Christ, and used the words of a carol to do so.

In 2011, she said: “In the last verse of this beautiful carol, ‘O Little Town Of Bethlehem’, there’s a prayer: ‘O Holy Child of Bethlehem, Descend to us we pray. Cast out our sin, And enter in, Be born in us today.’ It is my prayer that on this Christmas day we might all find room in our lives for the message of the angels and for the love of God through Christ our Lord.”

Spiritually, there must be much that concerns the Queen as a committed Christian about the state of her nation: the decline in overt Christian allegiance as reported in the recent census results; the moves to re-define marriage; division and disunity in the established Church. These are but a few examples. Constitutionally, of course, her power is limited: gone are the days when a Monarch could refuse to sign a bill into law, and most of her speeches are written for her by government ministers.

But how significant and wonderful it is that, in the one address which she herself has sole responsibility for writing, she has chosen to speak of Christ and call people back to faith in him for the second year in a row.

It is tragic that so much of the media seems to be “ever hearing but never understanding,” and “ever seeing but never perceiving,” as Isaiah, in words quoted by Jesus, put it many centuries ago. Let us hope the wider population pays more attention. After all, with eight million people watching, if only even 1% took on board her call to faith, that would be 80,000 people.