As a South African, I find the apartheid claims against Israel particularly obnoxious 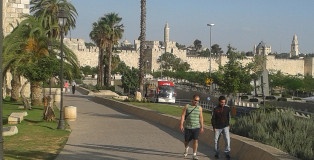 NO DIVIDING WALLS: The magnificent walls of Jerusalem’s Old City, originally built to keep out raiders, today welcomes both Jews and Arabs. But in view of the ongoing security threat from terrorists sheltering in the nearby disputed territories, a rather less imposing barrier has been erected further afield

As a South African who grew up in the apartheid era, and who signed up as a youth delegate for the anti-apartheid Progressive Party while a student, I find the now politically-correct campaign to condemn Israel as an apartheid state particularly obnoxious, not to say ridiculous. END_OF_DOCUMENT_TOKEN_TO_BE_REPLACED 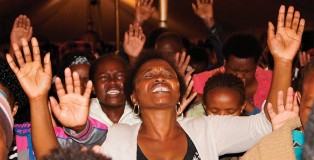 THE HEARTS of thousands of people were surrendered to the love of Jesus Christ during a crusade in South Africa.

In His Name Ministries, based in Cape Town, led a crusade in Mulamula, Limpopo from August 17 to 23. END_OF_DOCUMENT_TOKEN_TO_BE_REPLACED