A renowned Yale professor has warned that there is “nothing approaching free speech” in the academic world on the topic of evolution. 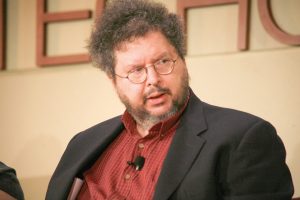 Professor David Gelernter says that Intelligent Design Theory (ID), which claims that the evidence for design in nature necessitates a designer, is a valid scientific theory but it is squeezed out by prejudice.

Gelernter, a computer scientist famous for predicting the internet in 1991, has openly rejected the theory of evolution, insisting it is flawed and outdated, and embraced ID.

In a paper titled ‘Giving Up Darwin’, the professor wrote: “Try to mutate your way from 150 links of gibberish to a working, useful protein and you are guaranteed to fail. Try it with ten mutations, a thousand, a million – you fail. The odds bury you. It can’t be done.”

In a discussion hosted by the Hoover Institute, Gelernter said that if you criticise Darwinism, academics often react as if you have been “attacking their religion”.

He said: “You take your life in your hands to challenge it intellectually. They will destroy you if you challenge it.

“It’s a sort of bitter, fundamental, angry, outraged, violent rejection, which comes nowhere near scientific, intellectual discussion. I’ve seen that happen again and again. ‘I’m a Darwinist, don’t you say a word against it,’ or, ‘I don’t wanna hear it, period.’”